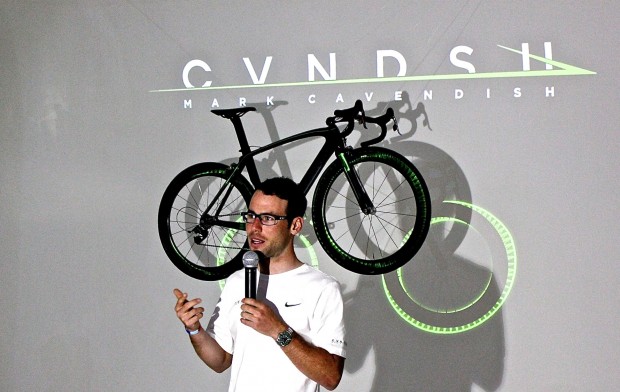 One of cycling’s favorites, Mark Cavendish, has teamed up with Specialized to launch a new range of cycling apparel and gear under the brand – CVNDSH.

The range officially launched yesterday, and it includes everything from tastefully designed cycling togs, to shoes, a saddle and helmet, as well as a bike. Specialized is calling it a  “cohesive package of smartly designed products that harken both Mark’s winning spirit and his attention to timeless style”.

The major theme is green, as you’d expect from the "Manx Missile" who has claimed the Tour’s sprinters jersey more than once – racking up 25 stage victories during his career so far.

The CVNDSH collection is more than merely a famous name tagged onto standard clothing from Specialized’s range, Cavendish explained. “The bottom line is that the pieces are just so, so good,” he said.

“It isn’t just my name on a jersey – because I’ll never do that. I believe in the equipment, I personally helped design them with the team and I believe in the ability they have to help a rider be the fastest they can be,” Cavendish concluded.