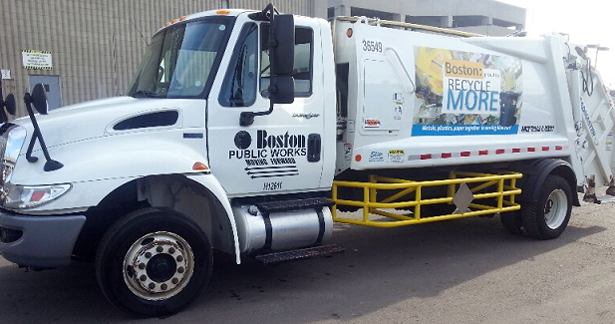 A new ordinance, The Act to Protect Vulnerable Road Users, could make the roads safer for local cyclists, especially during a Boston bicycle accident. If approved, all trucks over 10,000 pounds that are owned or contracted by the city would be obligated to install new safety features on their vehicles.

Among the added features are protective side guards, which should prevent a cyclist from getting pulled under a truck’s wheels during a Boston truck accident. Trucks would also have to install convex mirrors, which would make it easier for truckers to see more of the road. Meantime, reflective, bright stickers notifying of a truck’s blind spots would let pedestrians and bicyclists know that the driver might not be able to see them.

According to the Boston’s Cyclist Safety Report, between the Summer and Fall of ’12 alone, five Boston area bicyclists were killed. One reason for this is that there has been an increase in the number of bicyclists, which is even more of a reason to make sure that cyclists are getting the protections they need in the event of any kind of Massachusetts traffic crash. The rise in bicycle riders has definitely been enhanced by the New Balance Hubway, which is a bicycle sharing system that gives members access to bicycles located at more than 100 stations throughout the Greater Boston area. Councilor-at-Large Ayanna Pressley, who is one of the lawmakers spearheading the act, called the problem of inadequate bicyclist safety a “public health issue,” said The Globe.

Also according to the safety report, between ’10 and ’12, the Boston Police Department noted 1,446 bicycle accidents, including nine fatalities. There was reportedly an increase in bicycle accidents involving younger riders. Between ’09 and ’12, motor vehicles were involved in 91% of bicycle incidents. Just this Friday a cyclist died in a Medford, Massachusetts traffic crash involving a motorcycle. The bicyclist was a 29-year-old Somerville man. The 52-year-old motorcyclist, from Topsfield, was also injured.

More data from the study:

*The Act, defines vulnerable road users as bicyclists, wheelchair users, pedestrians, and others on the road that are non-motorized.

You can read Mayor Walsh’s full proposal below: