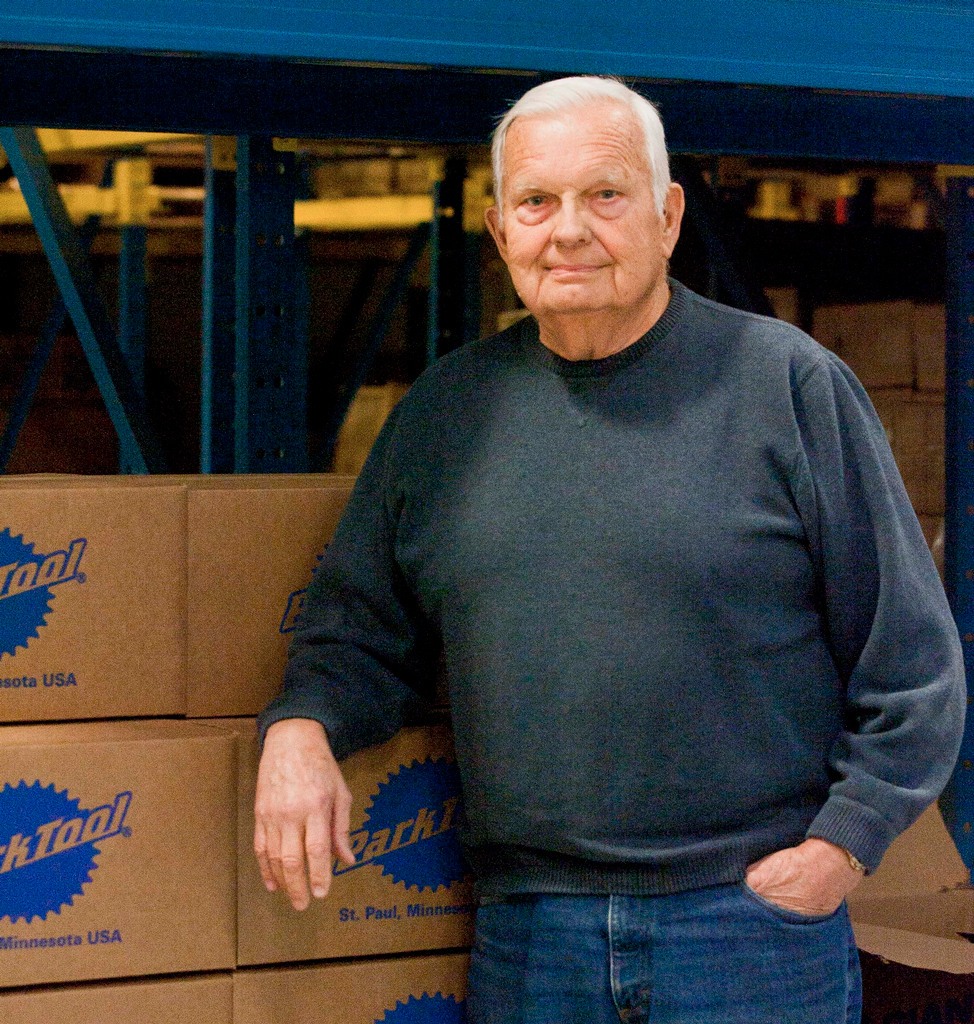 Hawkins, along with Art Engstrom, and the company’s many employees, built an iconic brand around the notion that few tools were available to fix bicycles as they became more complex to repair in the 1960s.

As a result they began making their own tools and the first was a bicycle repair stand. The stand took the bike off the floor and made it easy for mechanics to repair it. Local bike shops soon adopted it and then executives at the Schwinn Bicycle Company liked it so much they requested a production model.

From there, the fledgling company expanded to making truing stands. That led to a variety of other tools, that would later be modified for use by the average cyclist. The Park Tool “blue” is a standard feature at almost every retail outlet in North America, and enjoys wide distribution in Europe and Asia.

Hawkins and Engstrom had been a perennial top 10 Schwinn dealer in the Twin Cities with three stores, but later sold their shops to focus on the tool business. Both Engstrom and Hawkins retired. Park Tool celebrated its 50th anniversary in 2013. Today there are more than 300 tools in the Park catalog.

Eric Hawkins, who heads the company as its president, said his father  loved visiting the factory. “He was here a lot walking around and saying hello. Everyone just loved him; it was like having a grandpa around,” he said.

Hawkins had been hospitalized recently, wherein he had been given a stent.

Eric said his father had been slowing down a bit, but still enjoyed building the company’s booths for Eurobike and Interbike. “He just loved being part of that. And he was always amazed at how successful the company had become over the years,” he added.

The 82-year old Hawkins, is a former Navy veteran, will be buried Monday at the Fort Snelling National Cemetery in Minneapolis.