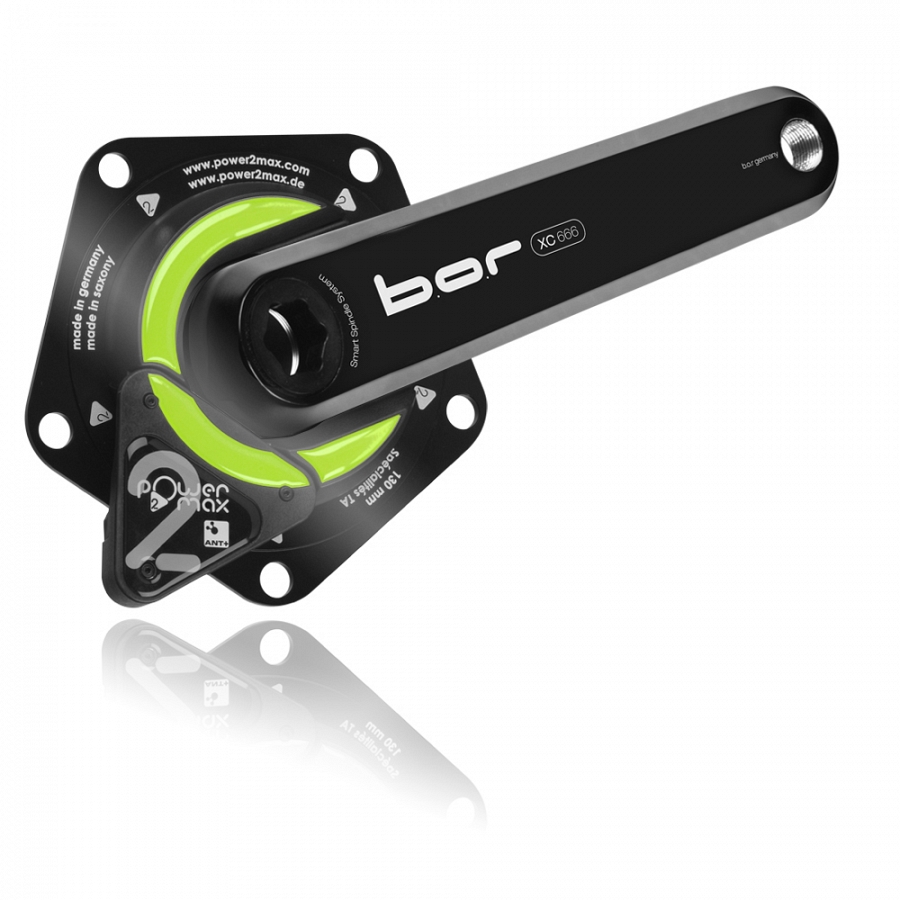 Spotted at last fall’s Interbike show, Power2max recently announced the launch of their much anticipated range of powers specifically designed for "track" use.

The new power meters differentiate themselves from other models by using 144mm spacing in order to achieve an optimal "chainline" for fixed gear track bikes.

However, there are a few differences with the cranks with regard to  calibration. Namely, their lack of the auto-zero function will require users to zero calibrate the meters before starting. In addition, the battery was moved inboard as to reduce the "Q" factor in order to accommodate "aero" chainrings. Furthermore, an external LED light has been added to let users know when it’s time to charge the battery.