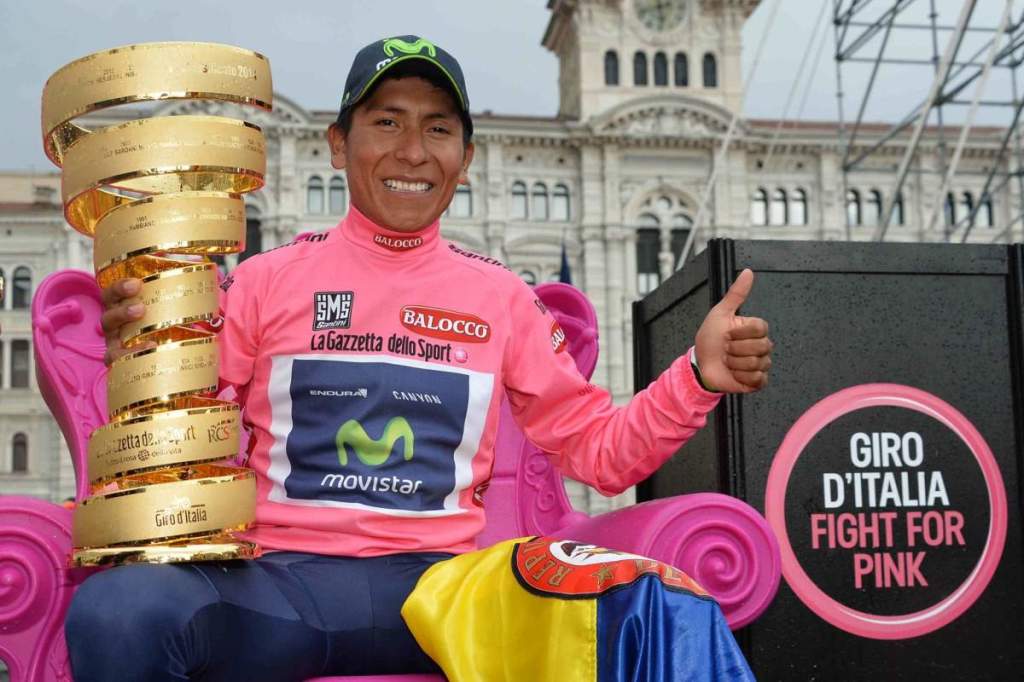 For the second year in a row, Nairo Quintana has been named the Colombian Sportsman of the Year of the year.

This year’s Giro d’Italia winner was was bestowed with the award at a ceremony held in the JW Marriott hotel in Bogotá and sponsored by Movistar in conjunction with the Colombian newspaper, El Espectado.

"I’m really happy and proud to have claimed this award again," Quintana said during his off the cuff acceptance speech. "It reinforces my commitment to keep taking efforts every year and do things better. I want to thank especially my wife, my daughter and all my family for always being by my side; to all the people supporting me through social media; and the sponsors and members of my team,  in Colombia and also in Europe."

Quintana started the season with victory in the Tour de San Luis which was followed by second place overall at Tirreno-Adriatico and fifth place overall at the Volta Ciclista a Catalunya – before winning the Italian Grand Tour.

In addition, Quintana successfully defended his Vuelta a Burgos title before this year’s Vuelta a España.

The Colombian rider would later take over the Vuelta lead during stage 9. However, after a couple of crashes, that left the 24-year-old with a fractured right shoulder blade, he was forced to abandon the race.

"It’s really rewarding for all sportspeople like us to see our efforts recognized after a long year," he said. "I could finally raise my arms victorious today after my crash in the Vuelta a España – I didn’t really want to make you suffer, but rather cry out of emotion, as I did during the Giro. It was really touching to see everyone in pink and all the media supporting us with such a beautiful color.

Quintana has high hopes for next year’s Tour de France, after finishing 2nd overall in 2013, to include winning best young rider and mountain classifications.

"We hope to repeat last year’s exploits in 2015, this time in yellow!"