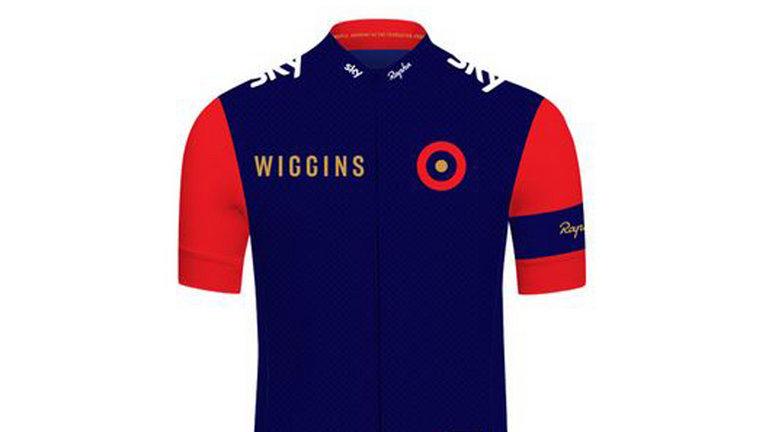 As previously reported , Bradley Wiggins will be leaving Team Sky after this year’s Paris-Roubaix Classic in April, followed by an attempt at the coveted Hour Record scheduled for June. After that, the British rider will start his preparations for what will be his final Olympic appearance in 2016.

During this time, Wiggins will ride for the team that bears his name when he leaves Sky.

Wiggins said: ““I’ve got to know the Rapha team well over the last few years at Team Sky; they’re serious about design and they love cycling almost as much as I do. I want a range of kit that looks great but is also functionally practical for today’s cyclist in all their different shapes and sizes, and I know Simon and the team at Rapha will do the business.”

Rapha has designed the blue, red and gold Wiggins team kit “using the rich heritage of British cycling, and taking inspiration from Wiggins’ global ambitions for the sport”.

"Both logo and jersey represent the style, heritage and dynamism of the British pioneer”.