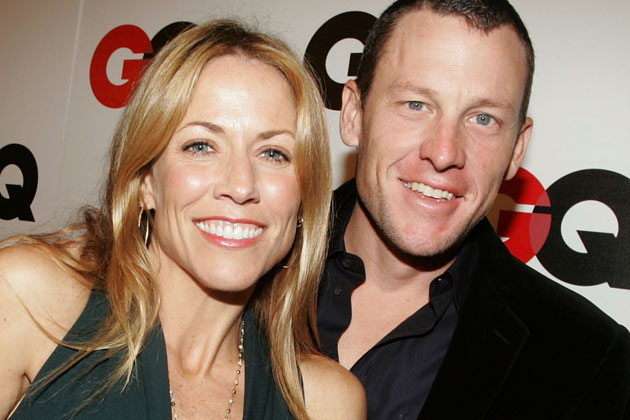 
Sheryl Crow reportedly told investigators she was with Lance Armstrong when he received a blood transfusion.

The musician accompanied Armstrong during a trip to Belgium in Armstrong’s private jet for a 2004 procedure according to "Wheelmen," a book due out next Tuesday from Wall Street Journal reporters Reed Albergotti and Vanessa O’Connell.

"Rather than try to hide the transfusion from her, Armstrong was completely open about it," the authors write. "He trusted that Crow would have no desire to tell the press or anyone else about the team’s doping program. He explained that it was simply part of the sport – that all cyclists were doing the same thing."

Crow and Armstrong were dating at the time, Armstrong having left his wife, Kristin, just as his romance with Crow became public. The singer and cyclist were briefly engaged, but they split up in 2006.

A representative for Crow, apprised Wednesday afternoon of the book’s contents, did not offer a comment.

Crow was forced to revisit her relationship with Armstrong five years after it ended when federal investigators launched the criminal probe that hastened Armstrong’s downfall. The Daily News reported last year that Crow spoke with investigators in late 2011.

"Wheelmen" states that Crow informed on Armstrong after Food and Drug Administration criminal investigator Jeff Novitzky gave her a proffer agreement, a document that protects witnesses from criminal prosecution if they cooperate honestly.

Blood transfusions allow athletes to increase the number of oxygen-carrying red blood cells in their bodies, boosting endurance potential without using drugs. Armstrong used transfusions in conjunction with a wide array of banned substances throughout his entire career.

Armstrong escaped criminal charges when a grand jury dropped the case without explanation in 2012. But he hasn’t outrun the government yet; the Justice Department is currently suing Armstrong and several members of his inner circle. The lawsuit cites the False Claims Act in an effort to retrieve the tens of millions the U.S. Postal Service paid to Armstrong and his teams.

The role of Armstrong’s closest friends and supporters in perpetuating his deceptions is one of the central themes of the new book, which is due out Tuesday and bears the full title "Wheelmen: Lance Armstrong, the Tour de France and the Greatest Sports Conspiracy Ever."