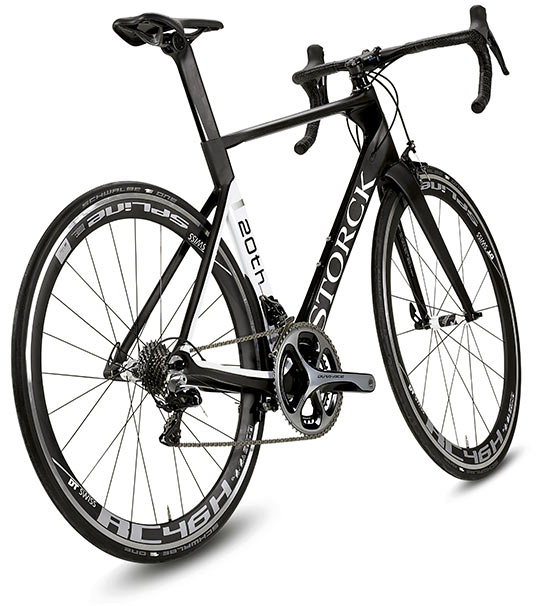 Storck has launched a limited edition range of bikes, to celebrate the German brand’s 20th year in the bike "biz".

Storck was founded in 1995 by the man for which the brand gets it’s name from, Markus Storck – who took his family owned bike shop and turned it into a world class marque.

The limited edition frames are punctuated with special paint and anniversary graphics, which extends across the Aernario, Visioner, CSL and Scenero range of models, to included the new Aerfast "aero" frame – with each frame limited to just 200 pieces.

In addition, they also feature special component builds that highlight each model as well.