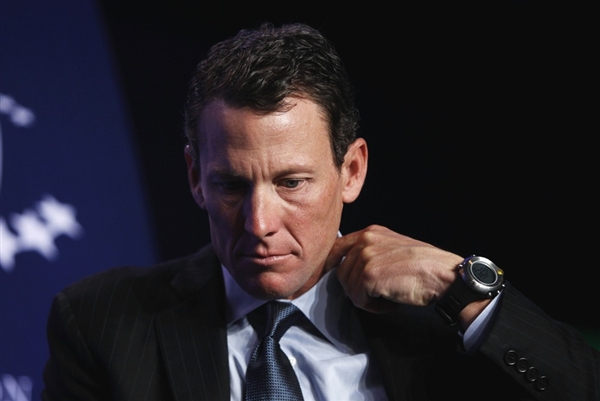 Lance Armstrong lost his bid with the Texas Supreme Court yesterday, after the Lone Star State’s highest court denied the disgraced cyclist’s bid to block a company’s efforts to recover about $12 million in bonuses it paid him during his career, setting the former cyclist on course to give sworn testimony next month about his performance-enhancing drug use.

Armstrong’s attorneys had asked the court to intervene and consider their claim that a private arbitration panel should not reopen a 2006 private settlement between Armstrong and Dallas-based SCA Promotions.

The Supreme Court denied the request without comment and the decision allows the arbitration case to proceed. Armstrong and his longtime business manager Bill Stapleton have been subpoenaed to give sworn videotaped testimony next month, with the full arbitration panel set to convene June 30.

SCA’s attempts to recover its money is one of just several cases against Armstrong that have left him fighting to keep his personal fortune after admitting in 2013 that he used steroids and other performance-enhancers to win the Tour de France seven times from 1999-2005.

Armstrong previously settled cases with the London-based Sunday Times and Nebraska-based Acceptance Insurance. The biggest case is a whistleblower lawsuit in which the federal government wants to recover more than $30 million the U.S. Postal Service paid to Armstrong’s teams. Potential penalties in the federal case could be as high as $100 million.

Armstrong and SCA have engaged in legal battles over the bonuses for years.

The company first tried to prove Armstrong’s doping in a lawsuit in 2005. The case was moved into arbitration before the company eventually settled and paid him despite producing some of the strongest doping evidence against Armstrong at the time.

Armstrong insists that settlement remains legally binding. But SCA sued Armstrong in 2013, claiming he committed fraud when he testified under oath eight years ago that he never used performance-enhancing drugs.

An SCA spokesman declined comment Friday. Armstrong attorney Tim Herman did not immediately respond to a request for comment.

Armstrong has shown a recent willingness to settle before going under oath in the past. In the Acceptance case, Armstrong gave written sworn testimony that identified others he said knew of his doping, but he settled the case hours before he was scheduled to be questioned in person.

Armstrong has refused past efforts by the U.S. Anti-Doping Agency to get him to testify under oath, and SCA may want to use his scheduled depositions to dig deeper into his doping past than he’s been willing to go so far.