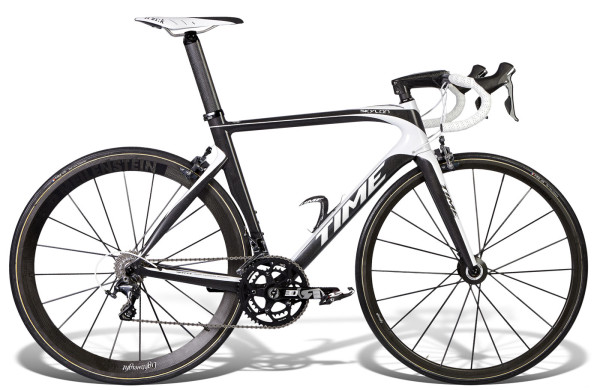 About a month or so ago, an "industry person" availed some photos of the new Time Skylon frameset to me. However, at that time, I was sworn to secrecy. Apparently, some bike shop in the middle of nowhere Utah was not. But, then again, isn’t that the place where polygamy is still legal ?

Anyway, now that the "cat is out of the bag" so to speak, and spurious photos have made their way across the internet, why not join in.  -_-

​According to the information that was given to me, instead of Time using it’s traditional means of fabrication, wherein the frameset is comprised of a two-piece construction, the engineers in Vaulx-Milieu, France devised a single piece method for the Skylon, which utilizes dry carbon during the molding process instead of the typical pre-peg process.

This in turn has allowed Time the freedom to use more distinct and complex tube shapes for the benefit of both less material and better aerodynamic profiles.

Additionally, Time appears to have followed industry trends, whereby the Skylon features a carved seat tube and a BB386 bottom bracket. However, unlike the skinny seatstays and 27.2 seat post that many brands have returned to, the Skylon continues with Time’s approach to robust tube dimensions and unique profiles. Indeed, judging by the photos, it appears as though Time has incorporated a new monobloc, asymmetric chainstay design, along with full carbon dropouts. Furthermore, there’s been some buzz about Time using Vectran fibers in various and sundry places throughout the frame and fork as a means of further reducing road vibration.

Lastly, my guess is that Time designed the Skylon to be compatible with both mechanical and electronic groupsets. That would a step in the right direction, since Time currently produces two separate framesets of each of it’s modesl in order to accommodate the difference in drivetrains.

​The Skylon looks to be a exciting frameset for sure. Who would expect anything less from the carbon geniuses at Time ?   😉  Stay tuned for more ….