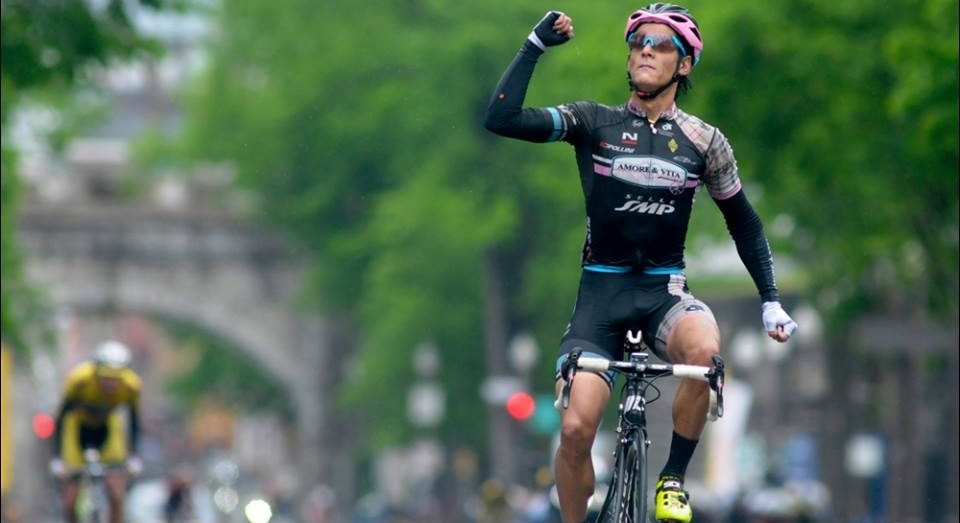 Gavazzi Victorious in a Bunch Sprint on Stage two

summary from Tour of China .com

Gavazzi shouted out his name loudly to the crowd in Hanzhong after crossing the finishing line located in this ancient cultural city. The Italian is used to the podium scene on the land of China.

Just a month ago, he took two circuit stages at Tour of Qinghai Lake. "After Tour of Qinghai Lake, I’m in still in form. Yesterday, my team and I thought it’s better for me to play safe under this horrible weather since there are 10 more stages waiting for me. Today, the weather is great and I feel like it so I went for it.” The champion explained why he wasn’t in the sprint yesterday.

Following a thorough shower in Xi’an yesterday, second stage at Tour of China leaves Chenggu, a township under the administration of Hanzhong for a 137km ride into the city of Hanzhong. Three sprints are spread at 55km, 88km and 111.3km on the wide flat road.

The agreeable sunshine doesn’t set our riders at ease. Lots of attacks attempts were made after the start. The peloton were pacing at 55 KPM/h at one time but nothing stays clear. Riders who got away for the moment were caught very soon by the peloton.

Though several riders actively attacked in the front, not a break group was formed until the peloton approached the second sprint. HOFER Andreas (Team Vorarlberg) and BIZHIGITOV Zhandos (Continental Team Astana) finally got away to took the sprint points with a noticeable advantage.

HOFER Andreas chose to solo after the sprint while BIZHIGITOV Zhandos rejoined the peloton.

Later the solo rider was joined by four chasers, making up a leading group of five that once reached a one-minute gap with the main group. Jinbiao Zhao (Hengxiang Cycling Team) sprinted to take the third sprint, which is most likely Hengxiang’s strategy to defend the white jersey.

The break were rejoined by peloton 1 km before the finish. Enthusiastic audiences in Hanzhong welcomed a bunch sprint after 2 hour 45 minites of race. Gavazzi (Amore&Vita-SELL SMP) managed a favorable position and sprinted to cross the line first.

Wearer of the yellow jersey Bernas (BDC Marcpol) said after the stage, "My team didn’t try to control the peloton as usual since there was not enough support given to me in the front. Two other teams led the chase for the break. I was exhausted after yesterday because I traveled a long way to China from Poland. There will be a HC climb tomorrow so I saved up some energy today. I’ll try my best to keep the yellow jersey of course."

Tomorrow, the third stage will set off in Guangwu Mountain Scenery Park, Sichuan. Riders will be challenged by a high categorized climb.