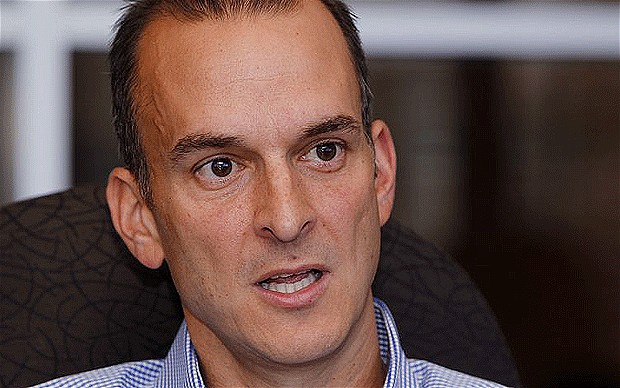 The head of the US Anti-Doping Agency, Travis Tygart, dismissed accusations today, that his agency’s investigation into Lance Armstrong was a "witch hunt", but rather it was aimed at cleaning up the sport cycling.

Tygart hit back at the comments made by Pat McQuaid, the former president of cycling ‘s governing body, the Union Cycliste Internationale (UCI) – the leading voice who characterized USADA’s investigation into Armstrong as a "witch hunt".

"It is easy for Pat McQuaid or others to say soundbites like he said," Tygart told reporters at the sidelines of an anti-doping intelligence seminar in Singapore.

But "the evidence is telling. There have been roughly 26 athletes, coaches, team doctors who have been held accountable. Several of them have gotten lifetime bans as well," Tygart said.

McQuaid said during an interview on British radio last month, that he had a "certain sympathy" for the defrocked cyclist.

"He was very much made a scapegoat, there was a witch-hunt after Armstrong," McQuaid told BBC Radio 5 Live, in comments which aired on January 27.

"USADA wanted a big name," McQuaid said, adding that the Colorado-based agency was not "really interested in the smaller riders and also they made deals with the smaller riders in order to get the information they needed on the big guys".

As many know, after years of denial, Armstrong was stripped of his Tour de France titles and given a life ban from cycling by USADA in 2012, after finally admitting to the systematic use of performance enhancing drugs – during his reign as champion.

During his interview, Tygart questioned why Armstrong and McQuaid chose not to appeal to the Court of Arbitration for Sport (CAS), the main international sport appeal court, when the lifetime ban was imposed in 2012.

"Lance certainly had every opportunity to challenge that sanction," Tygart said.

"And certainly Pat McQuaid could have appealed our decision to impose the lifetime ban. If he in any way felt that was unfair or was singling out Lance Armstrong, he certainly as the president of UCI had the appeal rights to go to CAS."

Furthermore, Tygart said he was "thrilled" with reforms within the UCI, international cycling’s governing body, after the scandal lifted the lid on widespread cheating in the sport.

"We had recent meetings with them… and we were thrilled and walked out of there understanding the governance changes, the rule changes that they have implemented," he said.

"And I think they appreciate that they had a bad culture where athletes had no choice other than the use of drugs if they wanted to compete and win."

While the changes "doesn’t mean athletes aren’t going to cheat", it ensures the sport’s leadership "continues to do the best that it can to ensure a clean and healthy culture for individual athletes," Tygart said.

Cookson said that the UCI’s newly created commission, is throughly probing into the role of cycling’s leaders in the Armstrong scandal, and will deliver its report this year.

The commission’s main goal is to determine how a culture of doping was perpetuated between 1998 and 2013, and to establish who was to blame.