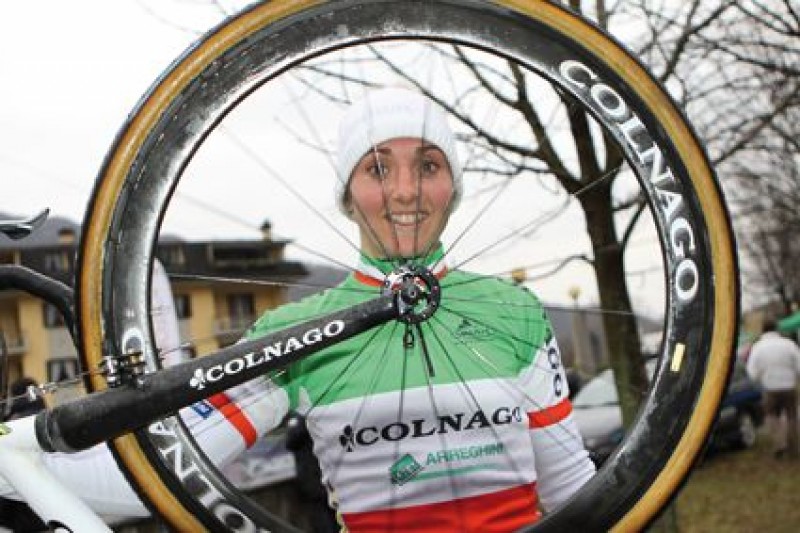 “It’s really great but I didn’t expect it. I came back from training camp in Gran Canaria only yesterday. I was a little sick and just wanted to do my race today. I’m really happy,” Lechner said.

Lechner’s victory comes just one week ahead of the world championships, which makes her a favorite to win the title. She won the silver medal last year.

“For sure my goal is to get another medal like last year. It’s another race with other conditions. It will be snow and ice I guess. This victory from today is a good motivation for next week,” she said.

Sanne Cant (Enertherm-BKCP) crashed hard during the penultimate lap while battling for second place, but she managed to finished fourth, which as enough for her to claim the overall victory in the World Cup with 246 points.

Meanwhile, Ellen Van Loy (Young Telenet-Fidea) finished seventh, and moved up to second place in the World Cup ahead of Katie Compton (Trek Factory Racing), who struggled with asthma problems and finished 21st.

Current world champion Marianne Vos (Rabo Liv) lead the group into the first lap of today’s muddy race, but she quickly faded back.

Vos later said that she was suffering with a hamstring injury sustained on Saturday.

As a result, Vos dropped outside the top-15, with Katie Compton before making up some ground in the final laps to finish twelfth. Compton finished 21st at 4:19.

Ferrand-Prévot launched the first serious attack of the race. However, the French rider was soon caught by a group that included Lechner, Cant, Nash and Sabrina Stultiens (Rabo Liv).

Halfway through the second lap Lechner powered ahead, subsequently  gaining more than 10 seconds on the field. Stultiens was the first to get dropped and two laps later Cant crashed, leaving Nash and Ferrand-Prévot battling for second place.

With a comfortable lead, Lechner eased back during the final lap, while Nash took the initiative to distance Ferrand-Prévot.

Lechner proceeded to cross the line in a solo victory, ahead of Nash and Ferrand-Prévot, while  was third at 27 seconds.

Cant crossed the finish line in fourth place, nearly a minute behind, but celebrated winning the World Cup.

"It was awesome, really nice," Van der Poel said. "The crowd were screaming and it was really nice."

From the outset, Van der Pol quickly opened a lead, and from there, the Dutch rider was never seen again.