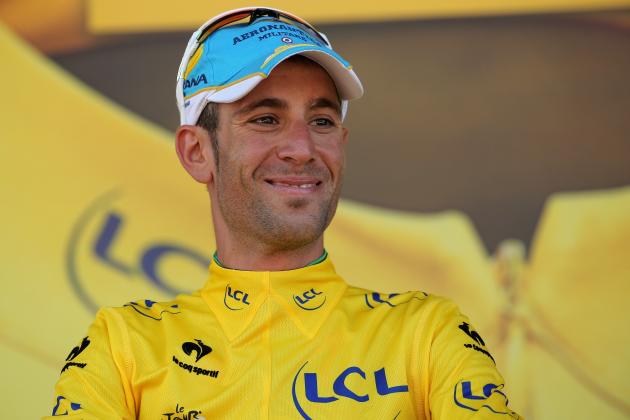 Barring any unforeseeable disaster, Vincenzo Nibali is poised to wrap up this year’s Tour de France in victory today. And, the 29-year-old Italian rider is crediting a lot of his success to improvements in tackling "doping".

According to Nibali, random out of competition tests and the institution of "biological passports" in the sport, has come a long way.

"Steps have been taken and great progress has been made and with it so my results have arrived," said Nibali.

"I have to thank them (doping controllers) because without these iron controls maybe I wouldn’t be here today."

If Nibali wins the Tour de France today, he will join a select group of six riders to have won all three Grand Tours — after winning the Vuelta a Espana in 2010 and Giro d’Italia in 2013.

He admitted that while each one had its merits, there was something special about winning the Tour.

"For me the Vuelta was the most important because it showed me that I could aim to win big tours like the Giro and the Tour in the following years," he said.

"As an Italian it’s obvious that for me the Giro is very important but it’s also special for the Italian fans.

"But what makes the Tour so much bigger is the international attention it demands. It’s different, it’s bigger, it’s more beautiful.

"The level of competition is also higher than the others, although I had great rivals in both the Giro and the Vuelta."

Despite being the 10th Italian rider to win the Tour, Nibali  said that he still has a long way to go before matching the achievements of famed Italian riders such as Fausto Coppi, Gino Bartali and Felice Gimondi.

In addition to victories in Grand Tour events, Nibali expressed other challenges and ambitions he has in the future.

"I’ve taken my place in the history of the Tour and that’s very important but those others also made their names in other great races, such as the Classics," he said.

"I never thought about making history, I just concentrated on trying to win the Tour, like I won the Giro and the Vuelta, because I’m a stage racer.

"Of course there are other races that I want to win like the Tour of Lombardy in which I’ve come close many times but not had the luck.

"Or the World Championships which I tried to win last year, or Liege-Bastogne-Liege.

"I’ve always liked these races and I’d like to try to win them, even though I’m more suited to stage races."

Nibali has won four stages on this Tour, and has never had a bad day, or lost time to any to his rivals during any stage. Still, he said today’s final stage would probably bring him more joy than any other over the last three weeks.

"I’m used to the emotions, it’s not my first Tour nor my first win in a Grand Tour.

"But there have been a lot of emotions and victories, such as the one in Sheffield (on the second stage) although I think the best one will be on Sunday."

Following the Tour de France, Nibali says that he has one more goal for the season, and that’s to win the World Championships in Spain in September.

"That’s a good dream. I tried last year in Florence because I was in good form but things didn’t quite go as I’d hoped.

"But I will try to do it and who knows, although after the Tour it’s difficult to arrive at the end of the season in good form."