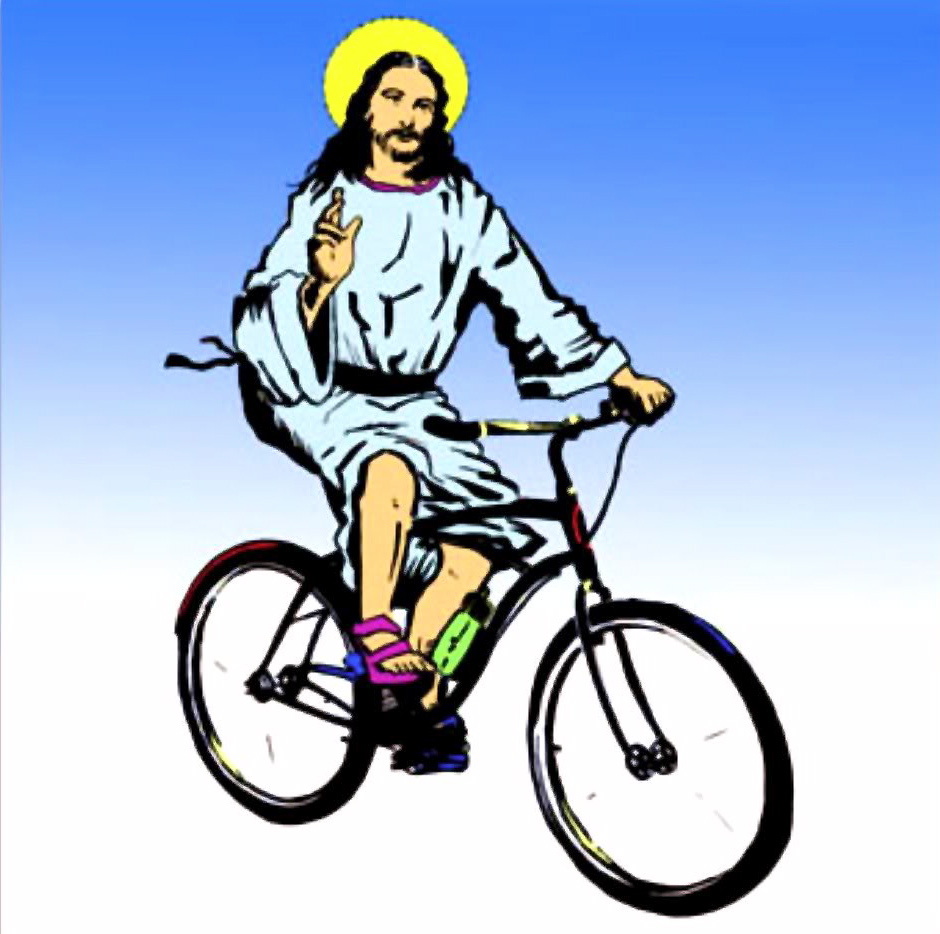 15 Oct 2015
By Gianni Pericolo - In LATEST ARTICLES, THE BROOM WAGON

Just when you thought the religious dogma (no, not as in Pinarello) couldn’t get any crazier, a Church in the USA says bike lanes infringe upon religious freedom.

A church in Washington DC is arguing that a proposed bike lane outside of its place of worship, would infringe upon the rights of religious freedom, saying the proposed segregated lane would be “unsupportable, unrealistic and particularly problematic for traffic and parking”, according to a letter to the District Department of Transport (DDOT) obtained by WashCycle blog.

“More importantly, as discussed at various points with DDOT, there is another alternative that would simply entail altering the proposed bike lane’s route by one block, such that the bike tracks would follow 6th Street to N Street for the block or two needed to avoid impacting adversely on any parking adjacent to God’s White House on 6th and M Streets.”

“If any of these designs are implemented, it would severely restrict the already limited parking for UHOP members adjacent to the church, leaving them with nowhere to park to attend services and other Church functions.

“As such, the planned bicycle lane will create a permanent and untenable burden on members’ ability to attend services at the Church. Any plan by DDOT to eliminate all 6th and M Street parking by installing a bicycle lane/track along those thoroughfares would represent a substantial and egregious encroachment on UHOP’s rights.”

WashCycle notes that it’s not the first time that churches in DC have opposed bike lanes outside their property, but none of them have gone as far as to claim their religious rights were being infringed upon.

“Asking that the bike facility still be built, but somewhere farther away from them is classic NIMBY behavior,” the blog reads. “Surely UHOP can be a better neighbor than that, They should work with DDOT to find a solution to their parking needs while also building a bicycle facility fitting the District’s needs, without resorting to unfounded, and inflammatory, accusations.”

I guess “love thy brother” doesn’t extend to cyclists in this case.

Gee, what’s next from these religious nut jobs, “a Clif Bar shall not lie with a Powerbar as with a Lunar Bar” ?