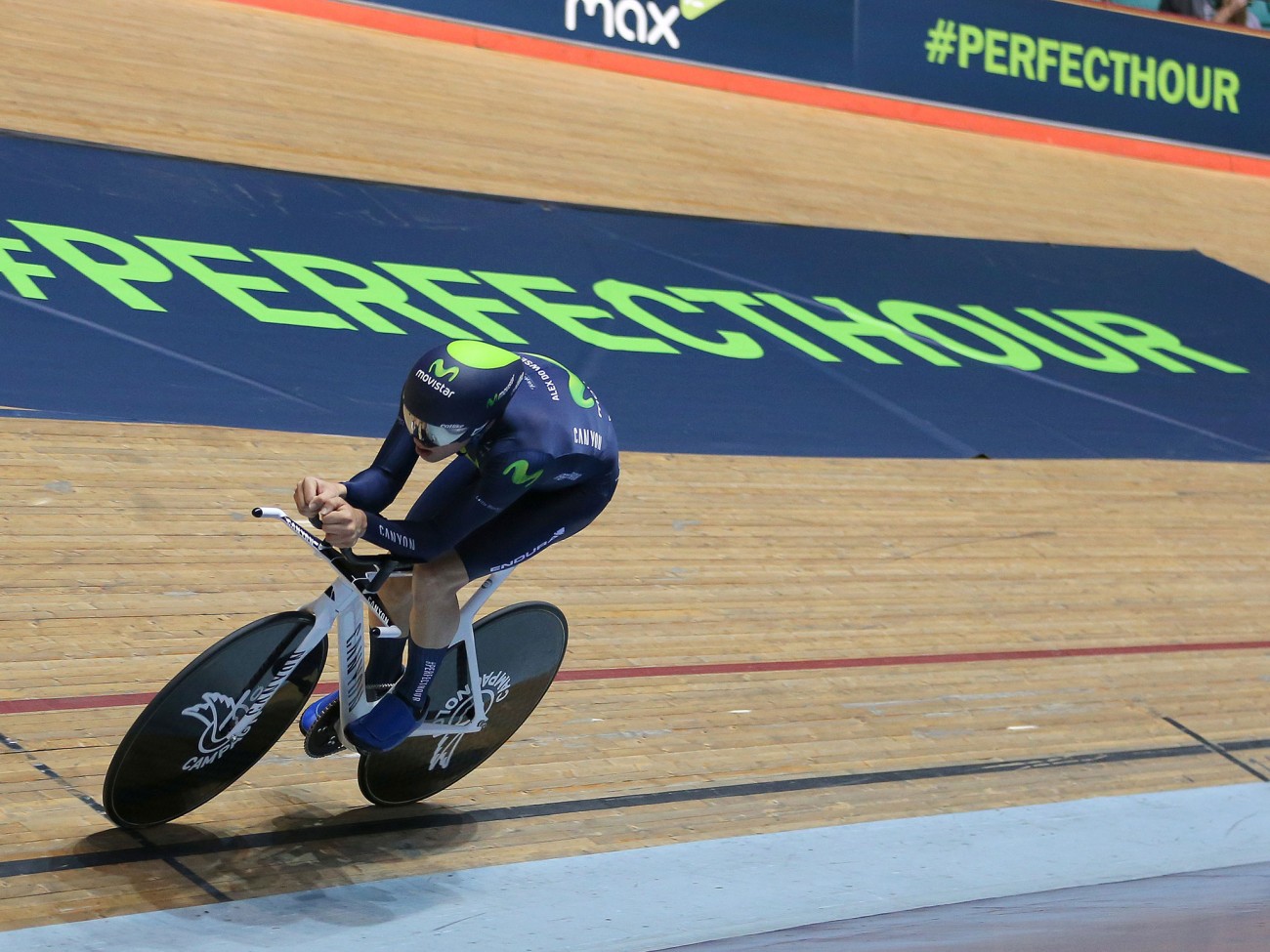 While no definitive date has been set for Alex Dowsett’s second attempt at the UCI Hour Record, the British rider is said to be vigorously training at the Manchester, UK velodrome, with goal of beating fellow Briton Bradley Wiggins’ current benchmark of 54.526 kilometers.

“We’ve made the announcement of intent and that’s very much still there,” Dowsett said.

“Right now we’re working on pulling everything together and making it happen. Everyone is working flat-out but we can’t make a formal announcement because not everything is in place yet.”

Dowsett set a new record in May 2015, after covering a distance of 52.397 kilometers, beating the previous record set by Rohan Dennis.

A confident Dowsett says he believes that Wiggins’ record is beatable.

“We’ve done some testing and I am capable. It’s in me to do upwards of 54.5 and maybe push 55 but with air pressure you just don’t know what will happen,” he said.

“We’ll ride to a schedule and try to beat it by the smallest of margins but now that I’ve done one I know the feelings and sensations to expect. If I’m capable I might be able to open up the taps with ten to fifteen minutes to go instead of five. Obviously the stakes are much higher at the moment with the mark Wiggins has set so it might to just be case of beating it by the smallest of margins, if I can even do that. I think it’s beatable and we wouldn’t be working on trying to beat it if we didn’t think I was capable. It is in me.”

Dowsett’s staff is rumored to be working around the clock to ensure that the British time trial champion has everything he needs in order to beat the record.

“It’s six laps and that’s a lot,” he said when comparing his first ride against Wiggins’ record.

“I did 358 Watts and I was capable of between 400 and 420. There’s the advances in the skinsuit that Endura have made, and that should get me perhaps another 10 Watts over the previous suit so we’re looking at maybe 50 or 60 Watts in the bank. That’s significant but after the Worlds I went straight to Manchester and did a series of tests and the results were good.”

“In terms of my bike I would presume Canyon would make a new bike. They have a new Speedmax. My bike is based off the old Speedmax and the new one is significantly better. I’d be content with anything from them really.”

However, finding the optimal time during his busy race program, may prove to be an equally important challenge for Dowsett – as the race against the clock itself.

The first half of the season would be the natural choice for an attempt, but Dowsett and Movistar have yet to confirm a date at the Manchester velodrome.

“I’d like to get some stage races in before doing it. I sat down after the first attempt and wrote down a list of things that we could have done better and one of them was dropping in some stage races before the attempt. So we’re considering even maybe doing it after a Grand Tour but I don’t know yet. That’s a bit of a risk.”