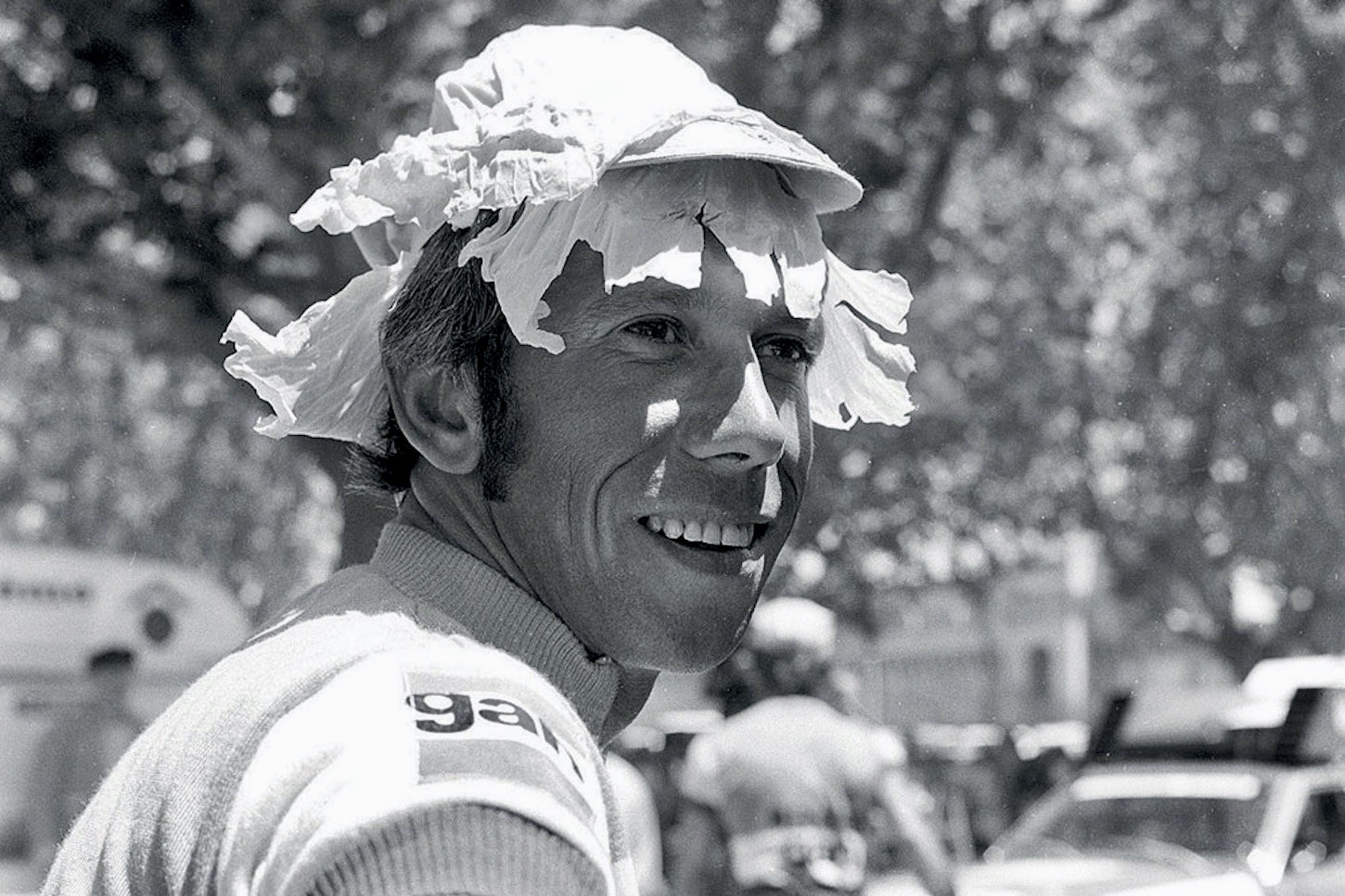 A belated happy birthday to Barry Hoban, who was born on February 5, 1940.

The British rider is best known for finishing 3rd in the 1972 Paris-Roubaix Classic behind Roger De Vlaeminck of Belgium and Andre Dierickx of Belgium.

Hoban started racing in 1955, and by the end of the year was competing against fellow British rider Tom Simpson in individual time trials.

Two years later, he was fourth in the British League of Racing Cyclists hill-climb (the senior title being won by Simpson). However, despite his early prowess as a climber, Hoban would later established himself as one of Europe’s best sprinters.

Inspired by the European successes of fellow British riders Brian Robinson and Simpson, Hoban travelled to France in 1962 to further his racing skills.

Hoban later turned professional in 1964, and stayed abroad for a career that spanned another 16 years, during which time he rode for Mercier-Hutchinson-BP where his team leader was Raymond Poulidor.

Legend has it, that Hoban would return to his native home of Wakefield during the off-season with a case full of used team shorts and jerseys and sell them to the local riders.

As a result, each year dozens of amateur riders in the region could be seen racing in a “kit” with Mercier Hutchinson embroidered on it.

Also, back then the best hand-made frames in the UK were built by Leeds frame-maker, Maurice Woodrup, who each season would have a new frame painted Mercier pink waiting for him, which Hoban would take back with him and have Mercier decals put on it.

Two years after the tragic death of Tom Simpson during the 1967 Tour de France, Hoban married Simpson’s widow, with whom he has a daughter Daniella, and two stepdaughters Jane and Joanne.

In addition to his podium finish in Paris-Roubaix, along with his numerous Tour de France stage victories, other notable achievements in Hoban’s career included, winning two stages of the 1964 Vuelta a España and the 1974 Gent–Wevelgem Classic where he finished ahead of Eddy Merckx and Roger De Vlaeminck.

Additionally, Hoban finished 3rd in the prestigious Liege–Bastogne–Liege Classic in 1969.

Towards the end of his career, Hoban returned to the UK to win the London-Bradford race and Grand Prix of Manchester in 1980, while finishing second in the British road-race championship in 1979 the previous year.

Following his retirement from racing, Hoban worked alongside the bicycle brand, Coventry Cycles – overseeing the company’s factory in Mid-Wales.

In 2009 he was inducted into the British Cycling Hall of Fame.