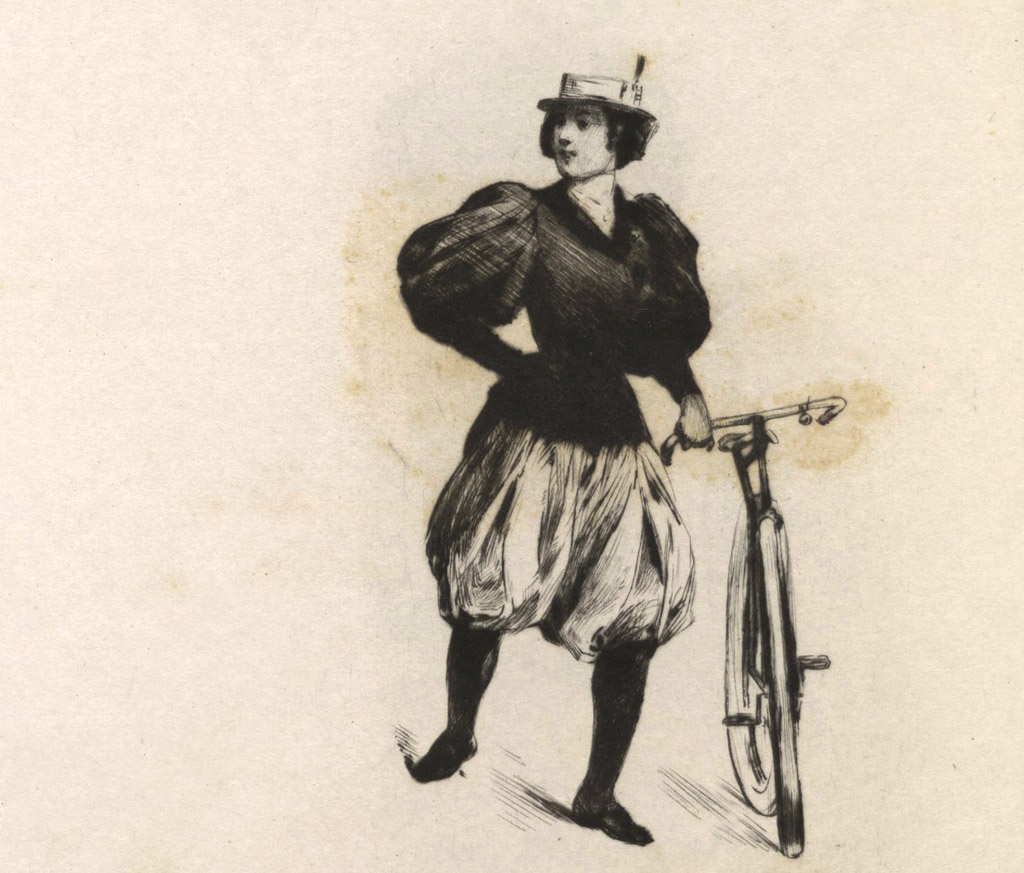 21 Jun 2017
By Campionissimo - In FEATURED ARTICLES, LATEST ARTICLES, THE PODIUM

The late 19th century inaugurated a period of bicycle mania in the U.S. In 1897 alone over 2 million bicycles were sold, one for about every 30 Americans.

Early bicycles were unwieldy and required an enormous amount of strength to operate. But as the technology advanced and chain-powered “safety” bicycles came onto the scene, women flocked to bikes en masse as a new means of exercise and transportation.

This new activity required a change in dress since the billowing skirts that were fashionable at the time were unwieldy and problematic. “Bloomers”, or baggy undergarments, were easier to cycle in and became common among women, inciting a political firestorm, enraging men who questioned the decency of women who were challenging norms and donning clothing they viewed as depraved.

Bicycles not only gave women a new sense of independence, it also physically broadened their horizons, allowing them expanded mobility without needing to rely on men.

These developments contributed to the fight for women’s equality and the passing of the 19th amendment giving women the right to vote, with Susan B. Anthony even going so far as to say that bicycles had “done more to emancipate women than anything else in the world.”