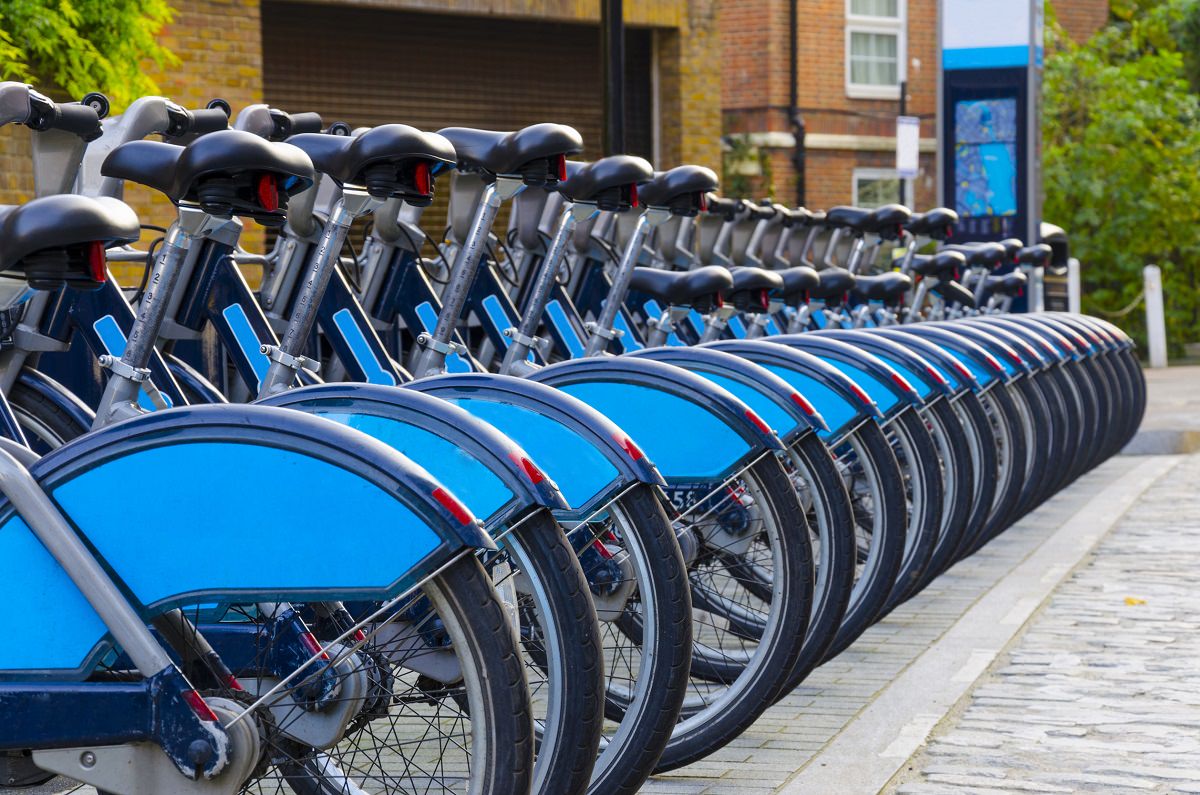 But what makes for a successful public bike-sharing program? This is an important question because installing one requires significant public and/or private investment and modifications to the built environment.

While many programs have been launched amid much fanfare, often their popularity has soon declined. A number end up operating at a financial loss and depend on other profitable enterprises to cross-subsidise them. Some have resulted in dumped and discarded bikes becoming an eyesore.

Understanding which factors enhance or hinder public bike sharing is critical in helping cities decide whether such a program is viable, before contemplating what design and siting will work best.

Drawing on current knowledge, we discuss the importance of the local landscape, climate, cycling infrastructure and land use. We also touch on other factors, such as the legal environment and the characteristics of the bike-sharing program itself.

A hilly terrain discourages balanced bike-sharing use, as users avoid returning bicycles to stations on hilltops. Those stations (termed sources) end up being empty, while stations on flat terrain (termed sinks) are often full, so users cannot find a dock to return their bike.

Services offering bonus minutes to return a bike uphill, such as Parisian bike-share operator Vélib, or incorporating e-bikeshares, like in China, can be vital to the program’s success.

Again, the adoption of shared e-bikes could reduce some of the adverse effects of bad weather. Other approaches, such as providing sheltered, shaded, or even heated or cooledcycling infrastructure, could prove useful. Innovative concepts are being tested around the world.

The presence of high-quality bicycle infrastructure is crucial to participation in bike-sharing programs – and to cycling more generally. The length of segregated bicycle paths near each docking station strongly affects use.

Without high-quality cycling infrastructure, expanding the system size does not necessarily increase participation. No “network effect” is evident, although station density does improve the performance of programs.

In addition to connecting stations, segregated bicycle paths must connect key land uses, such as central business districts, university and high-school campuses, high-density residential clusters and the like. The distances between these vital land uses must be “cyclable”.

Otherwise, bike sharing programs have little utilitarian value (riding to work and back, for example). They then end up being used mainly on weekends and for recreation in parks.

The legal environment in which public bike sharing programs operate must be factored in too.

For example, laws that require cyclists to wear helmets, which most Australian states adopted in the 1990s, discourage use. These laws added to the safety but also to the inconvenience for cyclists.

Such laws can lead to large declines in cycling rates, from which there has been little recovery. Helmet laws are a typical example of how cyclists are forced to bear the responsibility for their own safety, regardless of who is at fault.

Under current Australian laws, if a car and bicycle collide, the cyclist must make a case against the motorist to claim on the motorist’s insurance. If the insurance company contests the claim, the injured cyclist must take the case to a civil court.

By contrast, the Netherlands and Denmark have a law of “strict liability” to protect vulnerable road users from “more powerful” road users. Under this law, in crashes involving cars and bicycles, the driver is liable by default. This arguably makes Dutch and Danish drivers much more cautious than Australian drivers around cyclists.

For example, dockless systems, while more convenient for users, are at higher risk of problems such as vandalism.

Cheap subscription prices are crucial for success. Most users take short trips during the free initial periods provided under most schemes and do not incur any charges other than for membership. However, nonprofit operators tend to perform more poorly.

Technology, such as seamless payments via apps, is adding to the attraction of bike-sharing programs.

Clearly, many of the key ingredients for the success of bike-sharing programs are the same as the ingredients needed to make cycling, in general, “irresistible”. For these programs to work, cities must adopt aggressive pro-bicycle programs, while reining in longstanding pro-driving policies.

*this article was written by Iderlina Mateo-Babiano, Dorina Pojani, Jonathan Corcoran and Richard Bean and it first appeared in The Conversation .