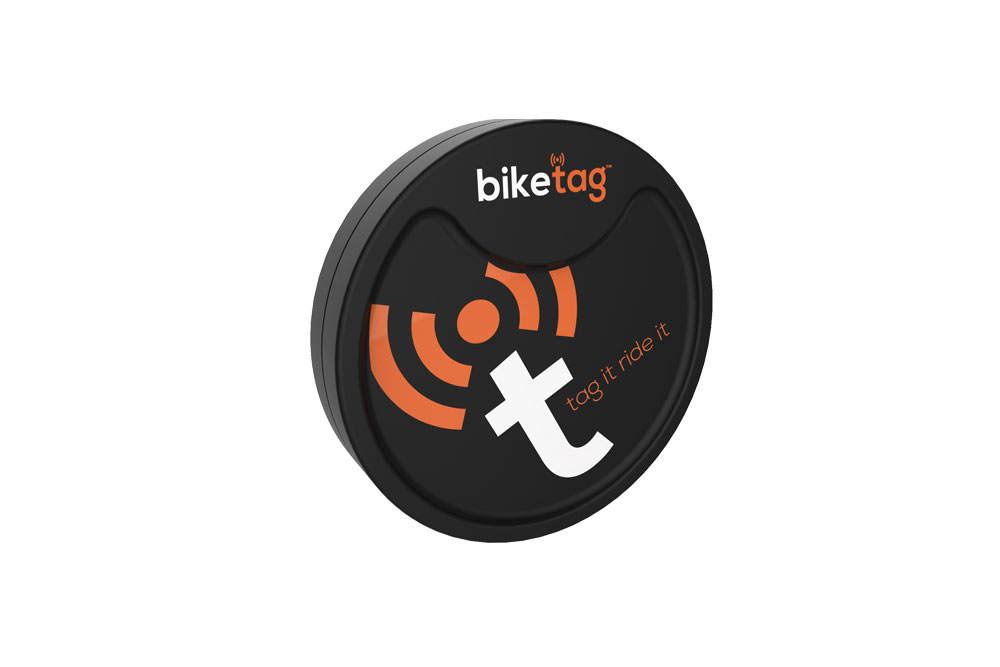 20 Oct 2015
By Gianni Pericolo - In LATEST ARTICLES, THE DOUBLE DIAMOND

Measuring just two inches in diameter, BikeTag incorporates the features of both crash detention and ride tracking into a small device, that cyclists can easily carry in their jersey pocket, saddle bag, or even affixed to their bike.

BikeTag uses motion detection algorithms, which not only “map” a cyclist’s route of travel, but more importantly, can detect the impact of a crash, and notify friends and family accordingly – via its own app.

The algorithm that’s used to detect a crash, is designed to avoid false alerts, by virtue of its ability to distinguish between a low level impact, for example, if the device was dropped, or one’s bike were to simply fall over, versus a significant impact characteristic of a crash.

Furthermore, for an added sense of security, friends and family can check your whereabouts at any time, and see your progress and gauge you ETA.

Additionally, your smartphone can be used in conjunction with BikeTag, as means of preserving battery life, since the device has a battery which can last up to a year.