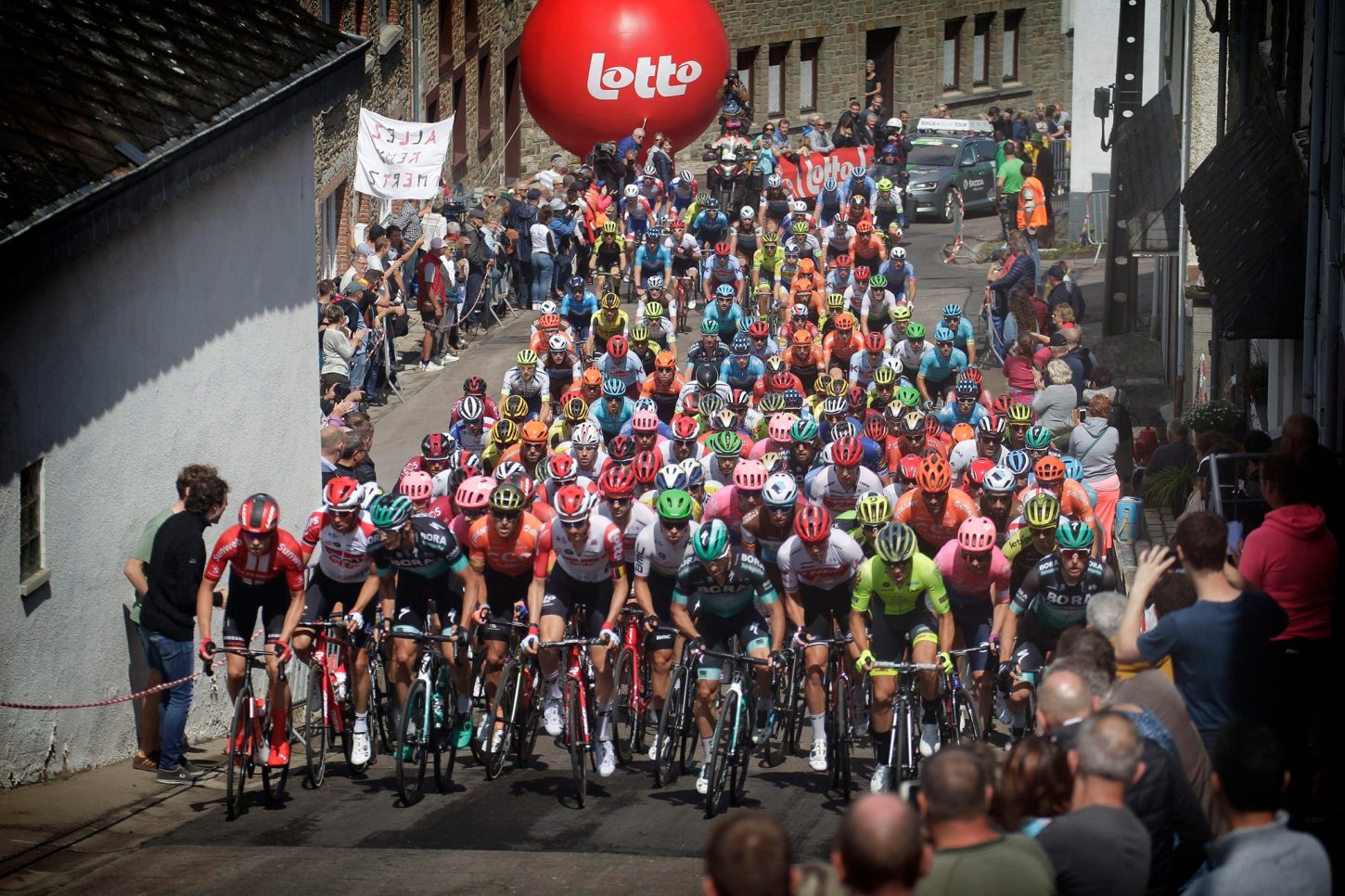 Alvaro Hodeg (Deceuninck-QuickStep) won stage 5 of the BinckBank Tour today, after the Colombian rider edged out Sam Bennett (Bora-Hansgrohe) and Edward Theuns (Trek-Segafredo) in a sprint finish in Venray.

It took more than half an hour and 30 kilometers of racing before a small breakaway group of six containing riders like  Caros Verona (Movistar) and Roy Curvers (Sunweb) managed to escape.

However, with 128 kilometers still to go, all but Curvers were reined in by the peloton, who continued alongside Boy van Poppel (Roompot Charles) and Michael Schär (CCC).

That breakaway effort didn’t hold either, as the trio was eventually reeled in after being out front for 20 kilometers.

This lead to a third attack involving Jasha Sütterlin (Movistar), Robert Stannard (Mitchelton-Scott) Oscar Riesebeek (Roompot-Charles) and Willie Smit (Katusha-Alpecin), who went on to establish a two minute advantage over the peloton.

With 75 kilometers to go, the escapees’ lead had dropped to 1:30, as the race entered the final three laps.

Stannard took the sprint checkpoint ahead of Riesebeek with 30 kilometers remaining, while the breakaways group’s advantage fell to around the one minute mark.

The leaders persisted into the final 10 kilometers, with Riesebeek taking five of the Golden Kilometer bonus points ahead of Smit and Sütterlin who earned four each.

After a sweeping bend, Trek-Segafredo led into the finish, looking to set up Edward Theuns. As the road narrowed, riders could be seen darting around and hopping up onto the pavement and then back down again while jostled for position.

Dylan Groenewegen (Jumbo-Visma) found himself without a lead out train as Deceuninck – Quick-Step was busy organizing.

They led Hodeg up the right hand side, before the Colombian shouted for them to make way as he unleashed his sprint, surging through a gap  toward the finish line.

Sam Bennett followed, but the finish came too quickly for the Irish rider to catch Hodeg, who held on to take his biggest win of 2019.