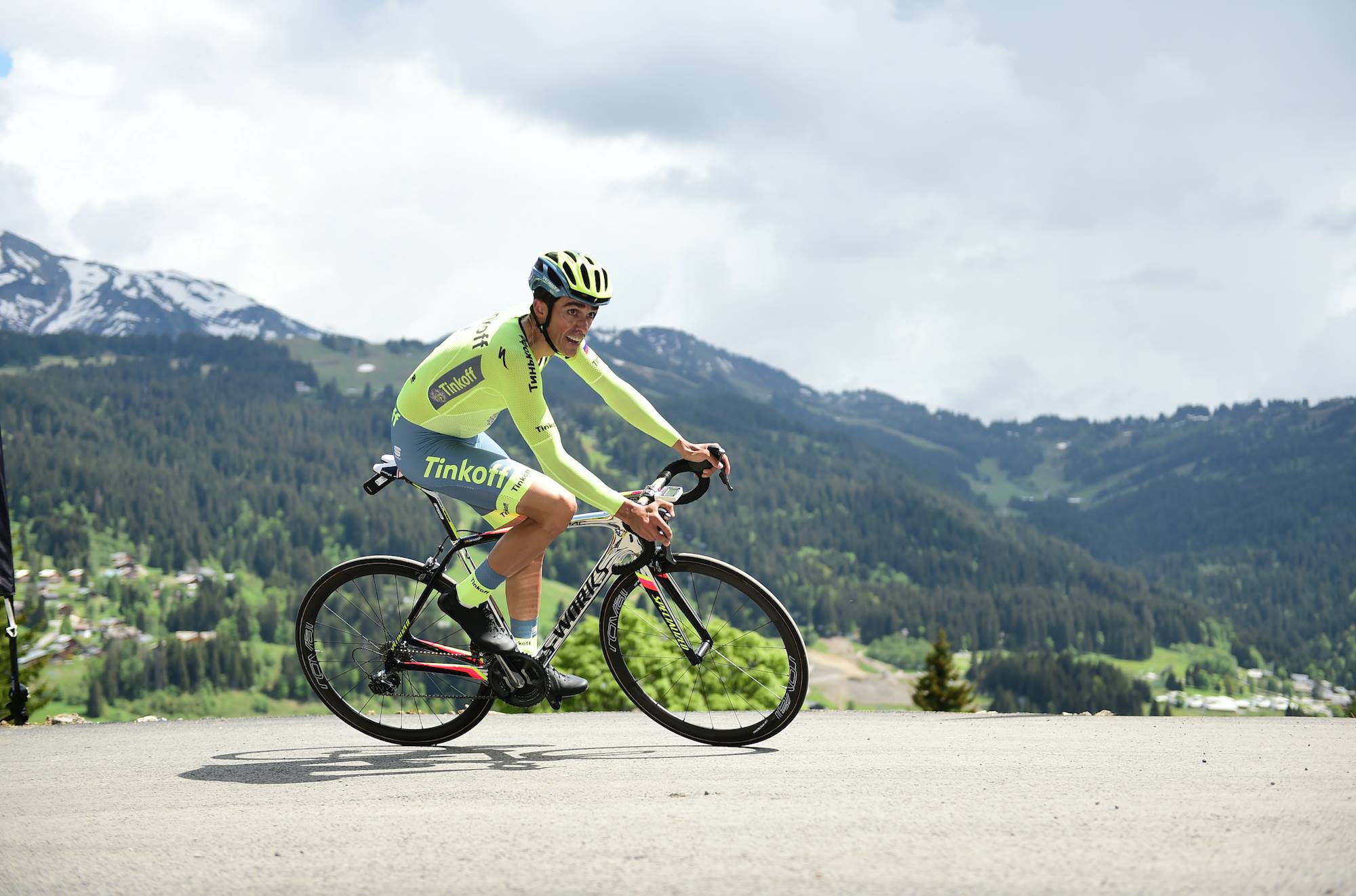 Velon presented the following on-board videos, highlighting the pain and glory of yesterday’s opening uphill time trial of the Critérium du Dauphiné from Les Gets to Mont Chéry.

The 3.9 kilometer time trial was short but shaped the overall classification and perhaps eliminated the overall chances of several riders, including Fabio Aru (Astana), who lost 1:08, local hero Thibaut Pinot (FDJ), who lost 52 seconds, and Rohan Dennis (BMC), who finished 1:01 back.

“It was only a four-kilometer prologue, but that was really tough. There were gradients of 20 per cent, and I was running out of legs and just squeezing every bit out for the line,” said Froome.

“I’m happy with the numbers and the feelings I had on the bike. I’m in good shape but I’ve still got some work to do, and we’re a month out from the Tour still. I’m glad that’s out of the way.

The video also included footage of Pierre Rolland (Cannondale) who is featured as the rider of the day in a new ‘MyDay’ series from the race.