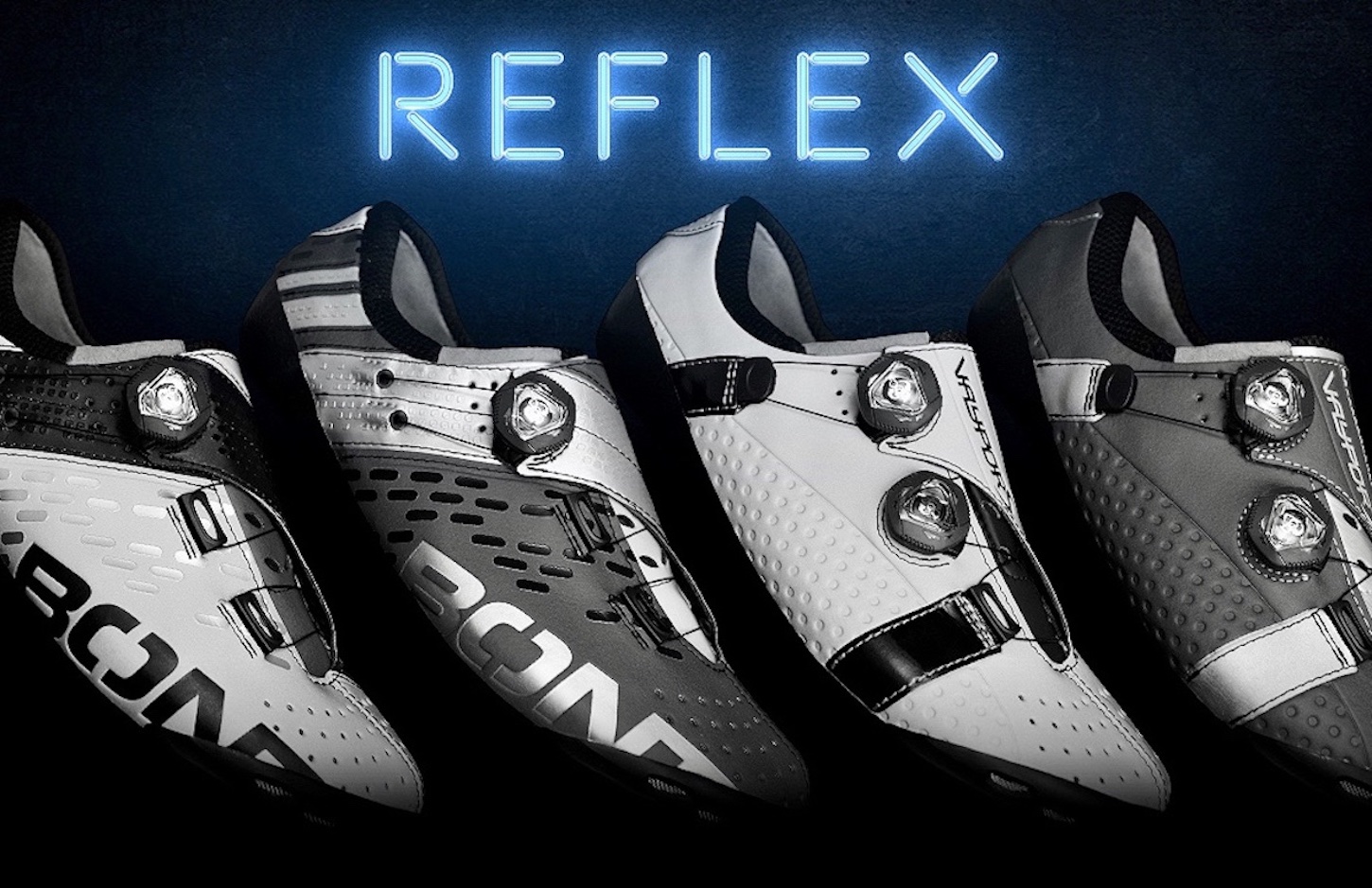 05 Mar 2020
By Campionissimo - In LATEST ARTICLES, THE DOUBLE DIAMOND

According to Bont, its new Reflex collection features the latest in reflective technology, which incorporates an all-new retroreflective skin that’s embedded into the Durolite upper and wraps around the full length of the shoe, resulting in increased visibility and safety with zero weight penalty.

The Reflex collection includes Bont’s Ghost and Havoc colorways, and as mentioned is available across the Vaypor S and Helix models.

You can learn more about Bont’s new Reflex Collection here.