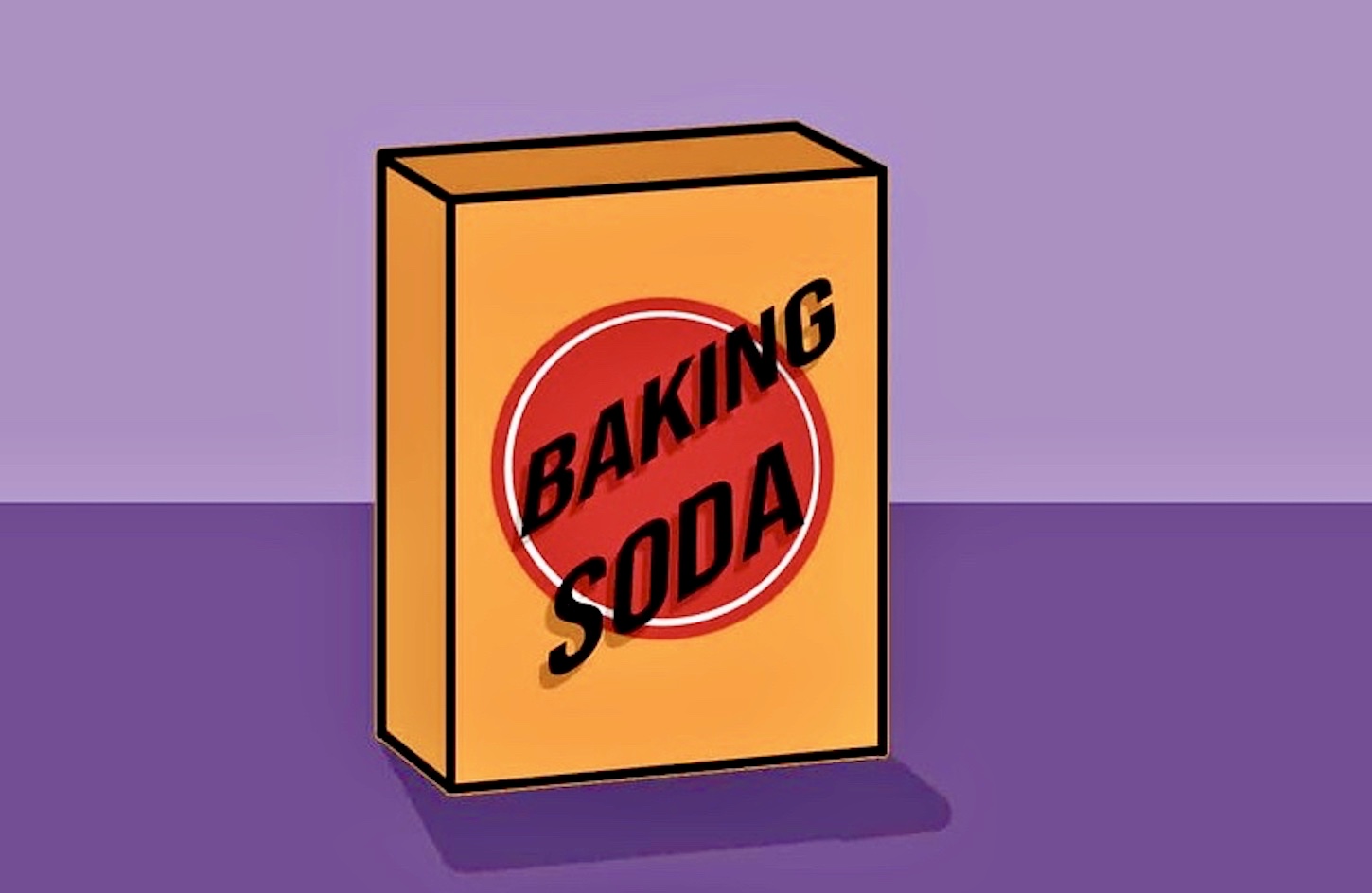 Want to improve your race performance by 1 to 3% but invest very little time, effort and money? That sounds like a gimmick on an infomercial. And 1 to 3% isn’t really a whole lot – or is it? If you are a male 30-34 Ironman athlete competing at the 2014 world championships that actually amounts to quite a bit. Let’s say you’re the 10th place finisher in that age division: a 1% gain would take you from 10th to 4th place; a 2% gain would put you on the podium in the number two spot; a 3% gain would put you on the top step of that age-group podium. Not only would your race results be better but your overall enjoyment of the race may be enhanced as well.

Now that your interest is piqued you are perhaps wondering how much money and time you would actually have to invest to achieve these gains. What would you say if I told you it was only a few minutes per week and could cost as little as $20.00 for your entire season of training and racing? Ready to buy? All right then – run or bike down to the grocery store and pick up some generic sodium bicarbonate in the baking aisle – it’s in that iconic yellow box labeled baking soda.

Let’s take an in-depth look at exactly what sodium bicarbonate is and how it works with our physiology to enhance training and racing performance. Sodium bicarbonate is an alkaline salt. Alkaline means it is a substance that possesses a pH (see below) on the basic side (8.4 to be exact where 7.0 is neutral). A salt is a chemical compound which has a hydrogen ion replaced by cation, which in this case is sodium. The chemical nomenclature for baking soda is NaHCO3. Sodium bicarbonate acts to buffer acids produced by the body during physical exertion. One of these acids is well known to us as lactic acid and another less familiar one is carbonic acid.

Now is good time to review what pH is. Many of us use this term without understanding exactly what it means and how it impacts us as athletes. pH is simply a numerical expression of the acidity or alkalinity of a solution on a logarithmic scale on which 7 is neutral, lower values being more acidic, and higher values more alkaline. The pH is equal to -log10 c, where c is the hydrogen ion concentration in moles per liter. More simply put, the concentration of hydrogen ions in your blood (and body tissues) is inversely proportional to the numerical pH value. For example, if your pH is low then your hydrogen ion concentration is high and conversely, if your pH is high then your hydrogen ion concentration is low. So, more hydrogen ions = more acidity. Human beings function optimally at a relatively alkaline (or basic) pH. The average pH of our blood is between 7.35-7.45. The normal, if not optimal functioning of every system in our body is dependent upon the pH being in this range. Normalcy of pH also regulates electrolyte concentrations and that will be discussed in part 2 of this article series.

Our bodies produce sodium bicarbonate (in the kidneys) constantly to keep our pH level in this very tight range of 7.35-7.45. As athletes we produce two main types of acid. The first of these is lactic acid which is a bi-product of anaerobic glycolysis. Anaerobic glycolysis is the breakdown of glucose without the benefit of oxygen to enhance the process. This occurs when we have exceeded a level of exertion that allows our body’s cardiorespiratory systems to provide adequate oxygen to our working muscle cells. The second form of acid is carbonic acid. Hard working cells produce carbon dioxide. Carbon dioxide combines with water (H2O) to form carbonic acid (H2CO3). Both of these acids serve to lower our blood pH levels resulting in a relative acidosis that cause our intracellular machinery to falter and fail. Our muscle cell mitochondria are exquisitely sensitive to lowering of blood pH (see http://home.trainingpeaks.com/blog/article/the-power-and-importance-of-mitochondria).

Theoretically, supplementation with sodium bicarbonate should delay the onset of fatigue and ultimately muscular (skeletal and cardiac) “failure” by assisting the body in maintaining a normal pH during high intensity exertion. Delaying onset of intracellular acidosis during exercise assists in maintaining a more homeostatic cellular environment that allows for optimal functioning and performance. Sodium bicarbonate as an ergogenic aid has been studied extensively over the past 60 years. It is a challenging topic of investigation because so many other variables are at play in the final determination of athletic performance, and none of these can be completely controlled for. However, Matson and Tran applied a meta-analytic technique to the results of 29 of the best-conducted studies on the topic. Their statistical comparison of these scientific inquiries indicates that not only does sodium bicarbonate enhance athletic performance, it improves exercise time to exhaustion by a mean of 27 percent. (Matson, L., and Tran, Z.V. 1993. Effect of sodium bicarbonate ingestion on anaerobic performance: A meta-analytic review. International Journal of Sport Nutrition 3:2-28.)

Over 30 different studies have been published on sodium bicarbonate loading prior to exercise. The consensus obtained is that the effective dose is 0.3 to 0.4 grams per kilogram of body weight. For example, if you weigh 70kg your dosing range would be 21 to 28 grams. It should be ingested 60 to 90 minutes prior to exercise in a minimum volume of 0.5 liters of water.

There are a variety of commercial formulations available. The grocery-store-variety baking soda from Arm and Hammer contains 0.6 grams of NaHCO3 per 1/8 teaspoon. Read the labels on baking soda products carefully. Choose a product that just contains baking soda. There are products out there that contain other additives such as cornstarch. Be sure your product is fully dissolved in the water prior to ingestion. Drink slowly over a period of 20-30 minutes. This may not be the most palatable concoction you’ve ever ingested; refrigeration can help with the taste as well as adding a very small amount of clear fruit juice or fruit-juice based soda for flavoring.

Since NaHCO3 is used as an antacid for heartburn relief it is also found commercially over-the-counter as tablets and capsules in drug stores. Not only are these formulations significantly more expensive, their absorption rate is variable and it is difficult to adequately predict the necessary hydration with ingestion.

NaHCO3 is also available in tablets specifically formulated for sports nutrition/hydration. Three of the popular manufacturer’s are Hammer Nutrition (Endurolytes Fizz), Zym (Catapult), and GU (Brew). These tablets are designed to be dissolved in 16 oz of water and that beverage consumed during training and racing. Intermittent bolusing with NaHCO3 has unknown effects on performance enhancement and certainly offers an opportunity for further study. There are many athletes I know who “swear by” the bicarbonate-based enhancing properties of these products. I confess myself to anecdotally feeling as though they have provided me with a performance benefit as well. Empirically it would make sense that buffering intermittently during longer events should be beneficial. The GU product contains sodium and potassium in the form of bicarbonates. Zym and Hammer tablets also contain electrolytes to include magnesium as well as B vitamins. The Hammer product also contains L-Tyrosine and the Zym product contains caffeine. It is impossible to know which of these ingredients – or combination of ingredients – is actually beneficial. These tablets are notdesigned for pre-event loading as discussed above.

Positive Psychological Effects of Use:

Any level of acidosis in an athlete’s body can result in irritability and difficulty in focusing. It is possible that in addition to the positive physiologic effect there is an additive positive psychological effect to keeping acidosis at bay. We all know what it feels like to be in the “zone” when we are performing optimally. That gives us a mental and emotional boost during training and racing that can be extremely beneficial. This is a subjective experience and can’t be effectively scientifically studied but it may be that NaHCO3 supplementation can give us that exhilarating boost we need to sprint across the finish line after 5 hours of grueling racing.

Use in Training Versus Racing:

It’s well known that an athlete shouldn’t be using something for the first time in racing that hasn’t been trialed in training. There are some potential side effects (see below) to NaHCO3 usage and you definitely want to experience these (if they occur at all) in a training venue. If NaHCO3 acts to enhance your race performance it will also enhance your training performance. Better training performance equates with better race results. Use the same dosing and timing for use in your training regimes.

As mentioned above, NaHCO3 can really be classified as a medication and as such it has side effects. One of the more common side effects is gastrointestinal distress in the form of cramping, vomiting, and diarrhea. One of the ways to avoid suffering this is to start supplementation at a lower dose and slowly increase it to the recommended range. Beginning with a dose of 0.1 to 0.2 grams per kilogram is a good starting point. Increase your concentrations over a series of workouts.

There are unfortunately some more serious side effects potentially associated with NaHCO3 supplementation. They include muscle cramping and spasms, weakness, tetany, irritability, cardiac rhythm disturbances (which can be fatal), apathy, and seizures. These are all related to shifts in electrolytes (sodium, potassium, and calcium) in the fluid compartments of your body. It also can alter prescription medication metabolism and can prolong or diminish the effects as well as potentially result in toxicity. I encourage any athlete interested in utilizing NaHCO3 to consult with their health care provider prior to use.

Athletes who are pregnant, breastfeeding, have high blood pressure and/or heart disease, suffer from kidney problems (even kidney stones), or have a history of electrolyte disturbances (including aldosteronism and Addison’s disease) should not consider supplementation with NaHCO3.2.