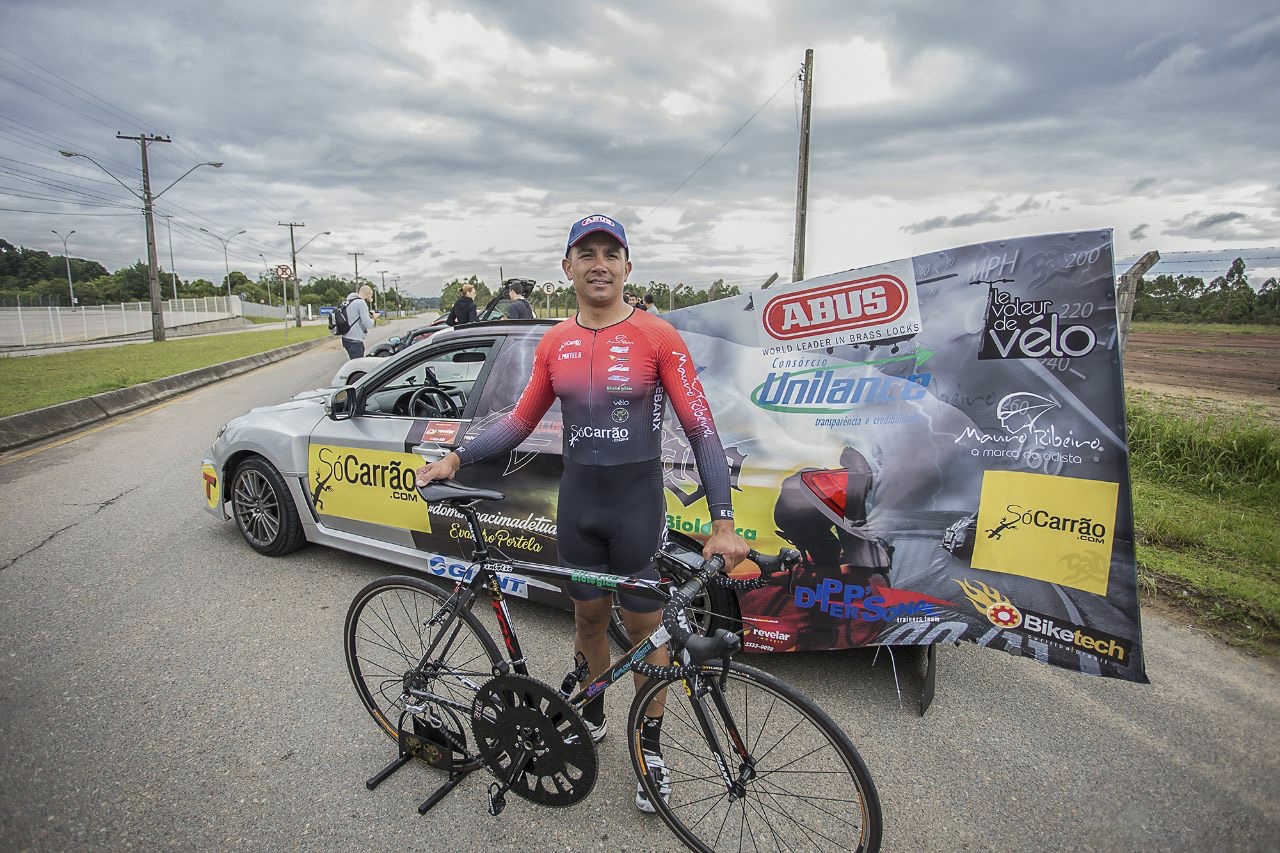 Evandro Portela set a new bicycle speed record on a public road last weekend, after the Brazilian cyclist reached a top speed of 202 kilometers an hour (125 mph), while drafting behind a vehicle that was specially equipped with a fairing.

Brazil’s roadway, BR277, which stretches between Curitiba and São José dos Pinhais, was closed by authorities for 30 minutes on Sunday morning, while Portela attempted to break his previous record of 184 kilometers an hour (114 mph), which was set earlier this year.

Headwinds initially hampered Portela, preventing him from reaching the necessary speed of 50 kilometers an hour (31 mph), which he needed in order to draft behind the modified Subaru WRX.

“It wasn’t easy. I faced a headwind of 20 kilometers an hour, which made my progress very difficult.”

“When I was at 190 kilometers an hour, I couldn’t see anything, the rear wheel was already in the air, but I managed to control the bike and keep pedaling.”

It took Portela 11 kilometers (6.8 miles) before he was able to surpass the 200 kilometer an hour mark, which took him a little over 6 and a half minutes to complete.

This was not the highest speed ever achieved on a bicycle however. That distinction is held by Fred Rompelberg of the Netherlands, who reached an astonishing 268.831 kilometers an hour (167 mph) in October 1995.

Rompelberg consequently earned the Guinness World Record title as the “Fastest Bicycle Speed Record by a Male”, which took place at the Bonneville Salt Flats in Utah, USA, while drafting behind a dragster.