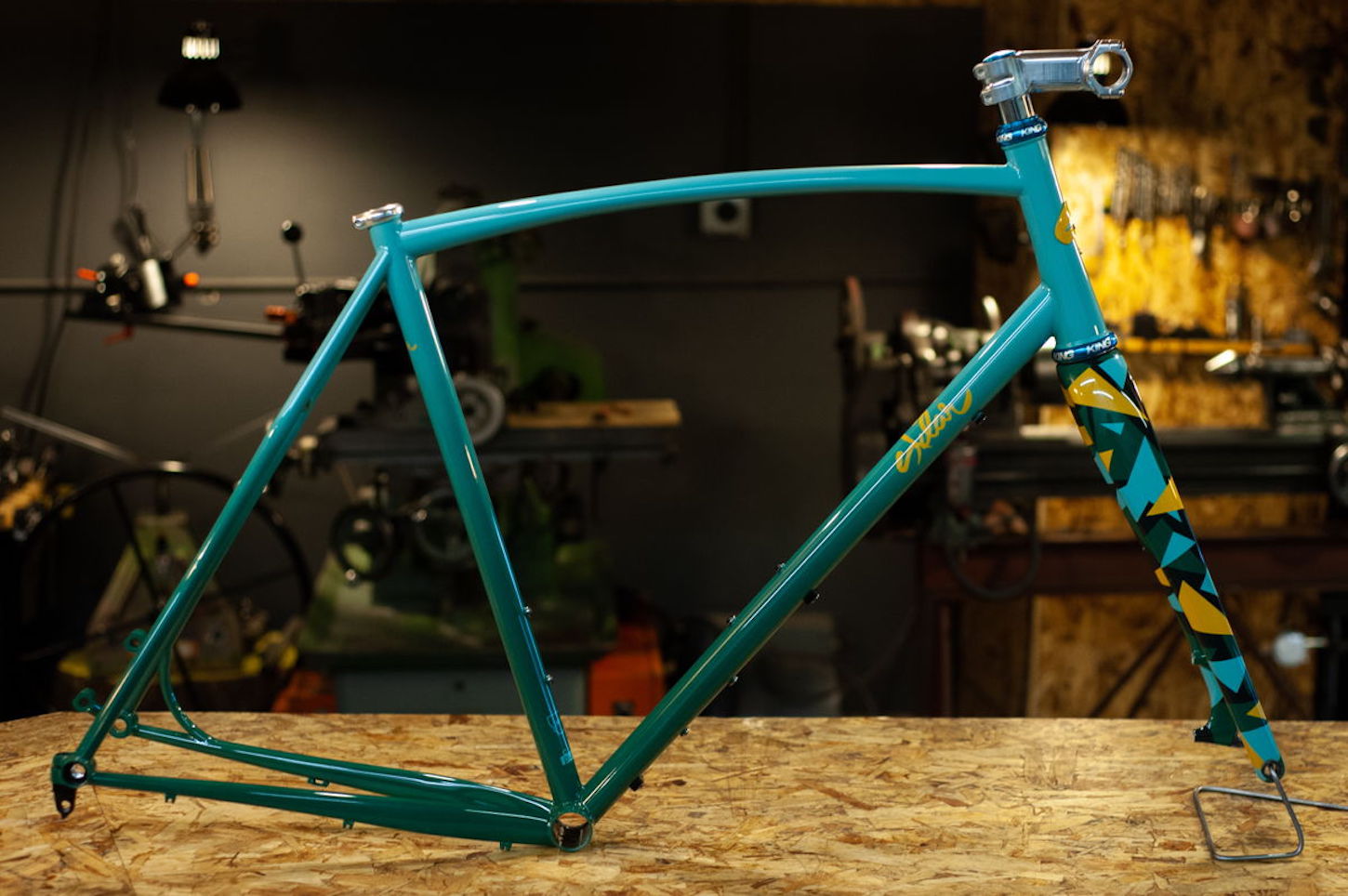 Last year, four leading framebuilders came together to raise money for the Sierra Buttes Trail Stewardship. They raised more than $40,000 for northern California trail work by raffling off four unique custom bicycles following the Lost and Found gravel race put on by the SBTS.

This year, Argonaut is joining Sklar, Stinner, Mosaic and McGovern in introducing their project bikes at the North American Handmade Bicycle Show, which also marks the opening of the raffle. Tickets will be available at the show or online for $10 each.

Rather than making prebuilt bikes to be raffled, the builders are expressing their take on the ideal bike for the Lost and Found race. Rather than winning one of these pre-built bicycles, instead each ticket will buy the chance to win a fully custom bike from any of the builders.

“This year, the Builders for Builders project is unveiling the bikes at the North American Handmade Bicycle Show in Sacramento, and we thought it fitting that the raffle winner should win the “custom bicycle experience” as well as one-of-a-kind machine,” says SBTS representative Mark Pecotich.

Frames and Bicycles will be on display at ECHOS Communications’ booth, where SBTS representatives will be on hand to take raffle entries.

NAHBS is the largest celebration of custom and handbuilt bicycles in the world, and the collection of five builders’ take on the shared palette and theme is sure to capture the attention of the detail-focused crowd.

“I can’t begin to express how grateful we are to be involved with this fundraiser,” said Greg Williams, SBTS executive director. “Without programs like Builders for Builders, we wouldn’t be as effective in funding new recreation opportunities – what we like to call ‘dirt magic’ – for the public.”