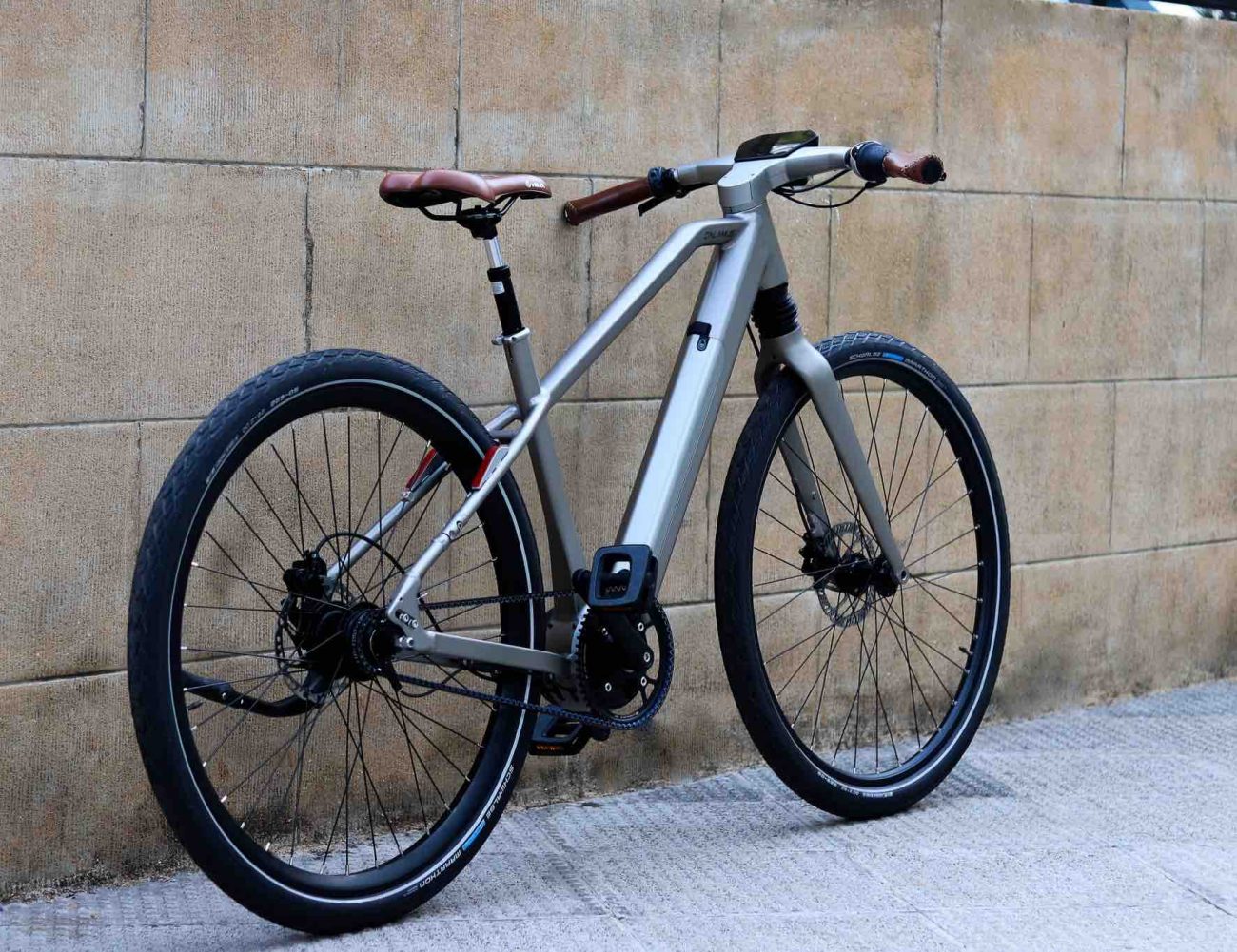 Proclaimed as an “ultrabike”, the Calamus One claims to be a revolutionary electric bike that can provide urban cyclists with sophisticated smart technologies and navigation features to help them better traverse the cityscape.

Utilizing a mid-motor from Bafang that’s available in either a 250 watt or 750 watt version, along with a Gates carbon belt-drive system, the Calamus One is capable of traveling up to 50 miles, while the bike’s integrated computer and navigation system keeps riders informed of their travels by letting them know how far they can continue before needing to stop for a recharge.

Additionally, the Calamus One’s onboard computer stores information about the riding patterns of the cyclist, which it uses to help with auto gear shifting.

This “smart shifting” happens with the help of a Shimano Di2 electronic groupset and the Calamus One’s onboard computer and intelligent drive system.

The Calamus One gets it lightweight from 6000 series aluminum, while most of its cables except for the brakes are nicely tucked into the frame and cockpit. Moreover, the bike’s weather-proof large-screen computer is cleverly integrated into the front end, offering a touchscreen with built-in navigation courtesy of Google Maps. Ride data is also displayed, as well as a monitoring system that can alert the rider of approaching vehicles via handlebar grips that vibrate.

Furthermore, there are LED safety lights located at each end of the handlebar that also double as turn indicators, which are operated with the touch of a button.

The Calamus One also has smart security features such as a fingerprint scanner to lock and unlock the bike and an anti-theft alarm, along with geo-tracking that works in conjunction with the Find My Ride app.

The designers of the Calamus One have plans to undertake a crowd-funding campaign on Kickstarter in July, offering early-backers up to 40% off with their pledge.