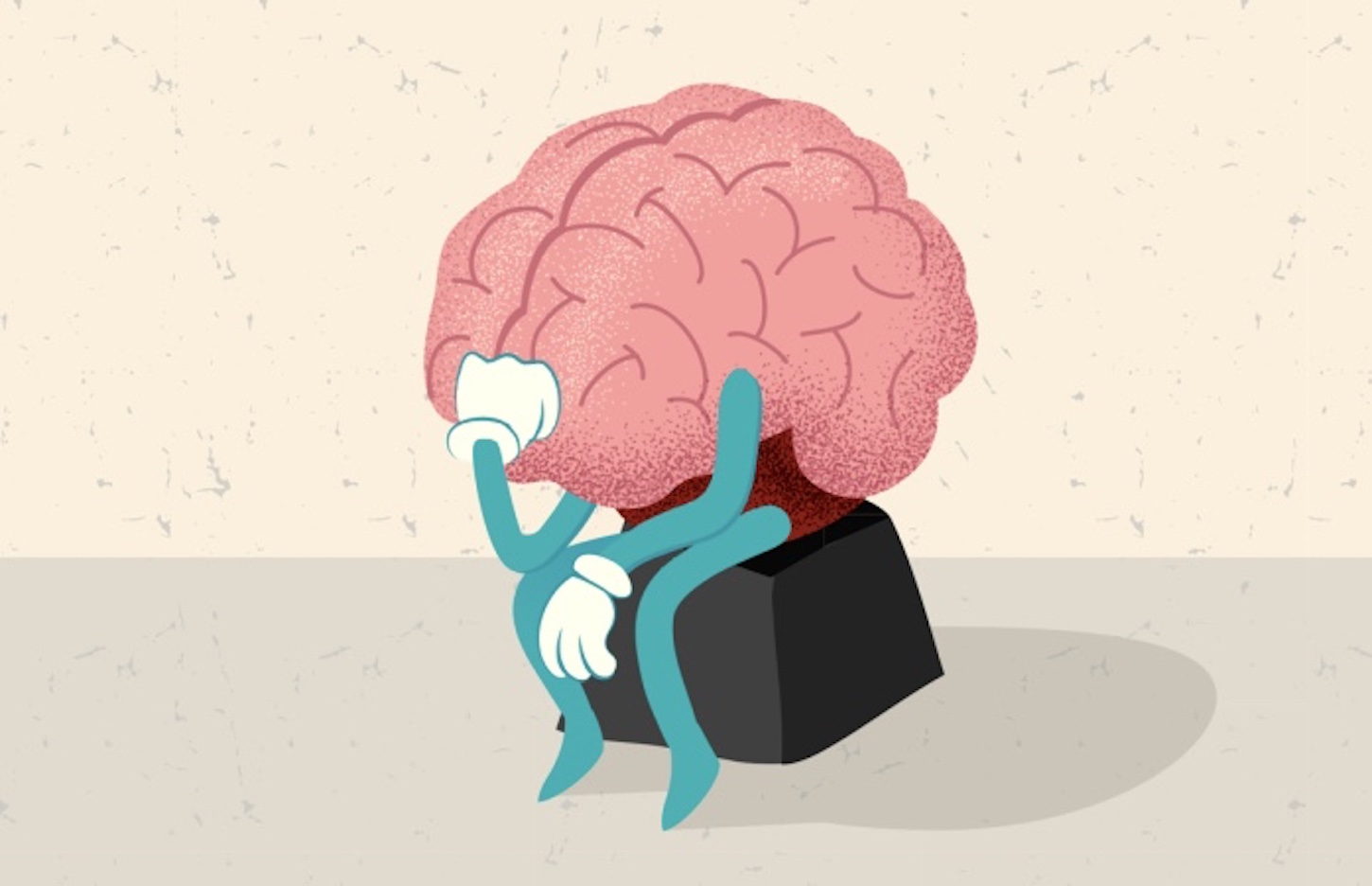 You’d expect excessive athletic training to make the body tired, but can it make the brain tired too? According to a a new study reported in the journal Current Biology, the answer is yes.

When researchers imposed an excessive training load on triathletes, they showed a form of mental fatigue. This fatigue included reduced activity in a portion of the brain important for making decisions. The athletes also acted more impulsively, opting for immediate rewards instead of bigger ones that would take longer to achieve.

“The lateral prefrontal region that was affected by sport-training overload was exactly the same that had been shown vulnerable to excessive cognitive work in our previous studies,” says corresponding author Mathias Pessiglione of Hôpital de la Pitié-Salpêtrière in Paris. “This brain region therefore appeared as the weak spot of the brain network responsible for cognitive control.”

“You need to control the automatic process that makes you stop when muscles or joints hurt,” Pessiglione says.

The researchers, including Pessiglione and first author Bastien Blain, explain that the initial idea for the study came from the National Institute of Sport, Expertise, and Performance (INSEP) in France, which trains athletes for the Olympic games. Some athletes had suffered from “overtraining syndrome,” in which their performance plummeted as they experienced an overwhelming sense of fatigue. The question was: Did this overtraining syndrome arise in part from neural fatigue in the brain — the same kind of fatigue that also can be caused by excessive intellectual work?

To find out, Pessiglione and colleagues recruited 37 competitive male endurance athletes with an average age of 35. Participants were assigned to either continue their normal training or to increase that training by 40% per session over a three-week period. The researchers monitored their physical performance during cycling exercises performed on rest days and assessed their subjective experience of fatigue using questionnaires every two days. They also conducted behavioral testing and functional magnetic resonance imaging (fMRI) scanning experiments.

The evidence showed that physical training overload led the athletes to feel more fatigued. They also acted more impulsively in standard tests used to evaluate how they’d make economic choices. This tendency was shown as a bias in favoring immediate over delayed rewards. The brains of athletes who’d been overloaded physically also showed diminished activation of the lateral prefrontal cortex, a key region of the executive control system, as they made those economic choices.

The findings show that, while endurance sport is generally good for your health, overdoing it can have adverse effects on your brain, the researchers say.

“Our findings draw attention to the fact that neural states matter: you don’t make the same decisions when your brain is in a fatigue state,” Pessiglione say.

These findings may be important not just for producing the best athletes but also for economic choice theory, which typically ignores such fluctuations in the neural machinery responsible for decision-making, the researchers say. It suggests it may also be important to monitor fatigue level in order to prevent bad decisions from being made in the political, judicial, or economic domains.

In future studies, the researchers plan to explore why exerting control during sports training or intellectual work makes the cognitive control system harder to activate in subsequent tasks. Down the road, the hope is to find treatments or strategies that help to prevent such neural fatigue and its consequences.