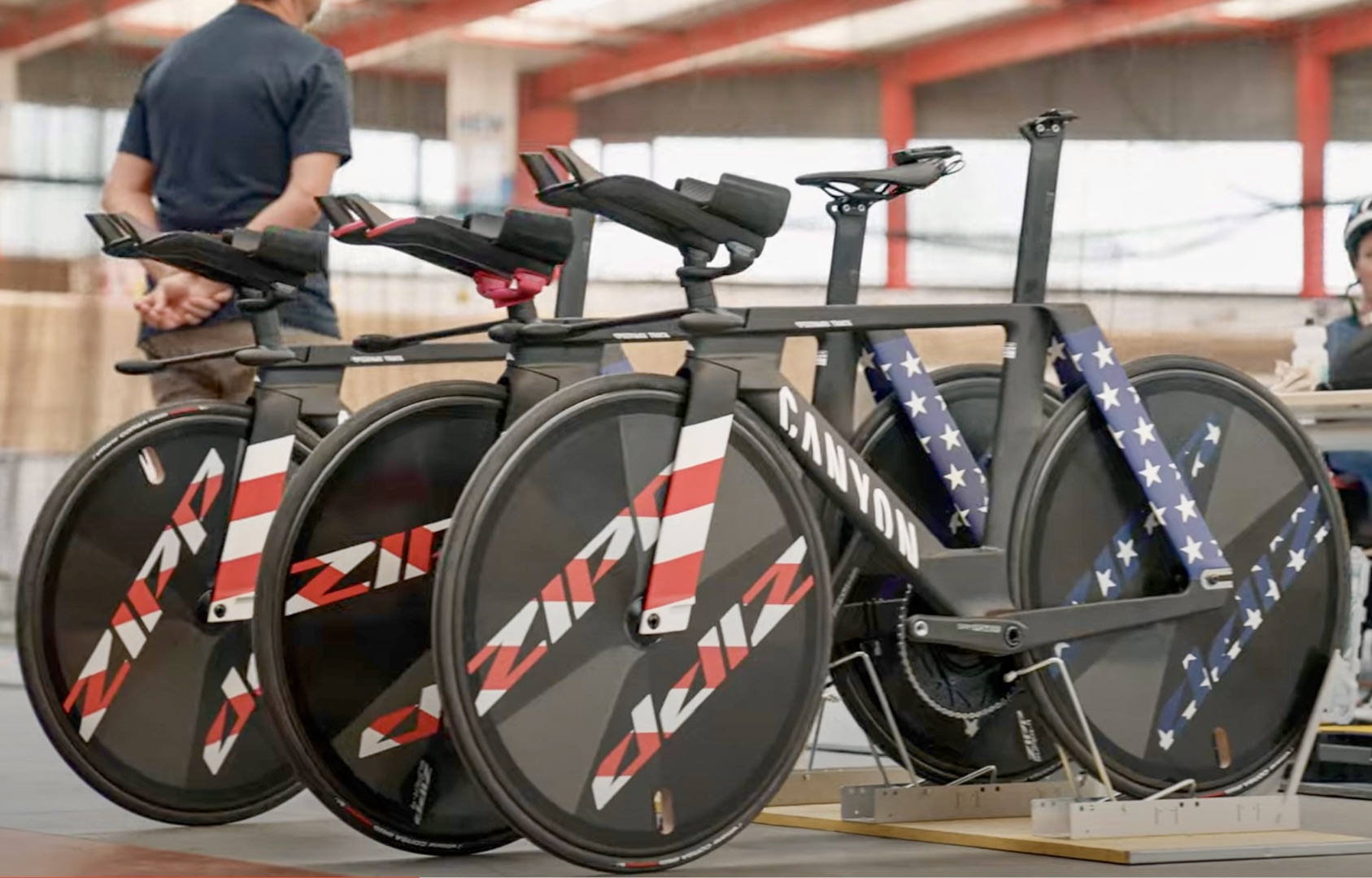 Spotted during this year’s UCI Track World Championships in Saint-Quentin-en-Yvelines, France, Canyon appears to be poised to return to the velodrome with the development of its new Speedmax, marking the German brand’s first bike designed for the boards since 2014.

“Canyon is proud to announce a new technical partnership with USA Cycling’s Track Program. With sights set on glory at the 2024 Paris Olympics, the project is being driven by a team of industry-leading engineers, designers, aerodynamicists and former Olympic and World Champions, working together with today’s world-class athletes. A new chapter is on track. Breaking cover for the first time at the 2022 UCI Track World Championships, the project will continue to develop the fastest setup on the boards in pursuit of Olympic gold. Stay tuned…”

Purely speculation at this point, the Speedmax appears to include tall seat stays that interface with the seat tube and top tube, making them almost an extension of top tube, while a tall bottom bracket, deep profiled tubes and an integrated fuselage that’s inline with the top tube also punctuate the new bike.

Additionally, the Speedmax also looks to feature an exceptionally narrow fork and Canyon’s signature mono-riser aero-bar setup from its Speedmax triathlon frameset, while the bike is further highlighted by an SRM crankset paired with a Kappstein track crankset.

Other than some spurious images of development bikes currently being ridden under the auspices of USA Cycling, Canyon is being tight-lipped on its new Speedmax.