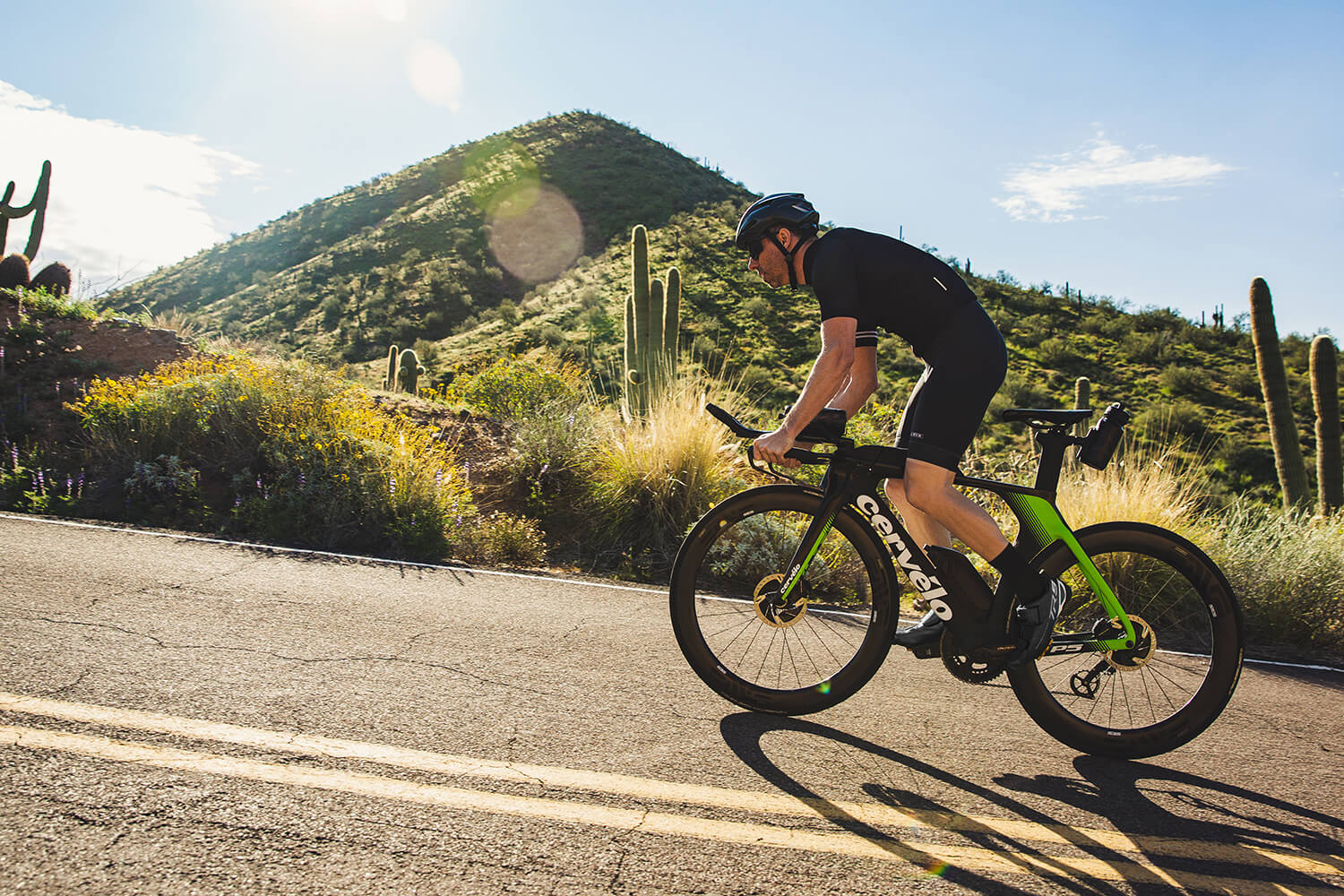 According to Cervélo, the new P5 is a staggering 22% stiffer in the area of the headtube and 26% stiffer at the bottom bracket than the previous model, while the frameset itself is 18% lighter – with the frame alone weighing only 1100 grams.

“The legendary aerodynamics of the P5 are fine-tuned to create an aero system that is stiffer and lighter than ever before,” says Cervélo. “Its frame shapes, handlebar and fit positions, and design features work together to reduce drag and enhance your efficiency.”

“Our engineers dedicated countless hours to testing and data crunching to make the P5 not only stiffer and more aero, but lighter as well. A lighter bike accelerates faster and climbs better to give you every possible advantage on the road.”

In addition to a newly constructed frame and hydraulic disc brakes, the new P5 incorporates Cervélo’s highly adjustable Speedriser system and aerobars, which debuted on the company’s P5X. Moreover, the 38cm wide base bar features the company’s own proprietary molded grips, which claim to offer improved aerodynamics and comfort.

The extensions, which now clamped to the riser for easy adjustment, come in three versions, 30- and 50-degree and an S-bend option.

Additionally, the new P5 is UCI legal. So, while it will no-doubt be a popular option for triathletes, it was also developed as a time trial bike for professional teams like Sunweb – that’s already been using it in competition.

Lastly, since triathletes need to be able to store nutrition, as well as tire repair items, the P5 comes equipped with two toptube mounted boxes called the Smartpack 100 and 400.

Instead of relying on outside sources for these storage compartments, Cervelo now makes their own, as well as the P5’s proprietary downtube water bottle, arm pads and the previously mentioned basebar grips.

The frameset comes with the Smartpacks, seat post and water bottle.