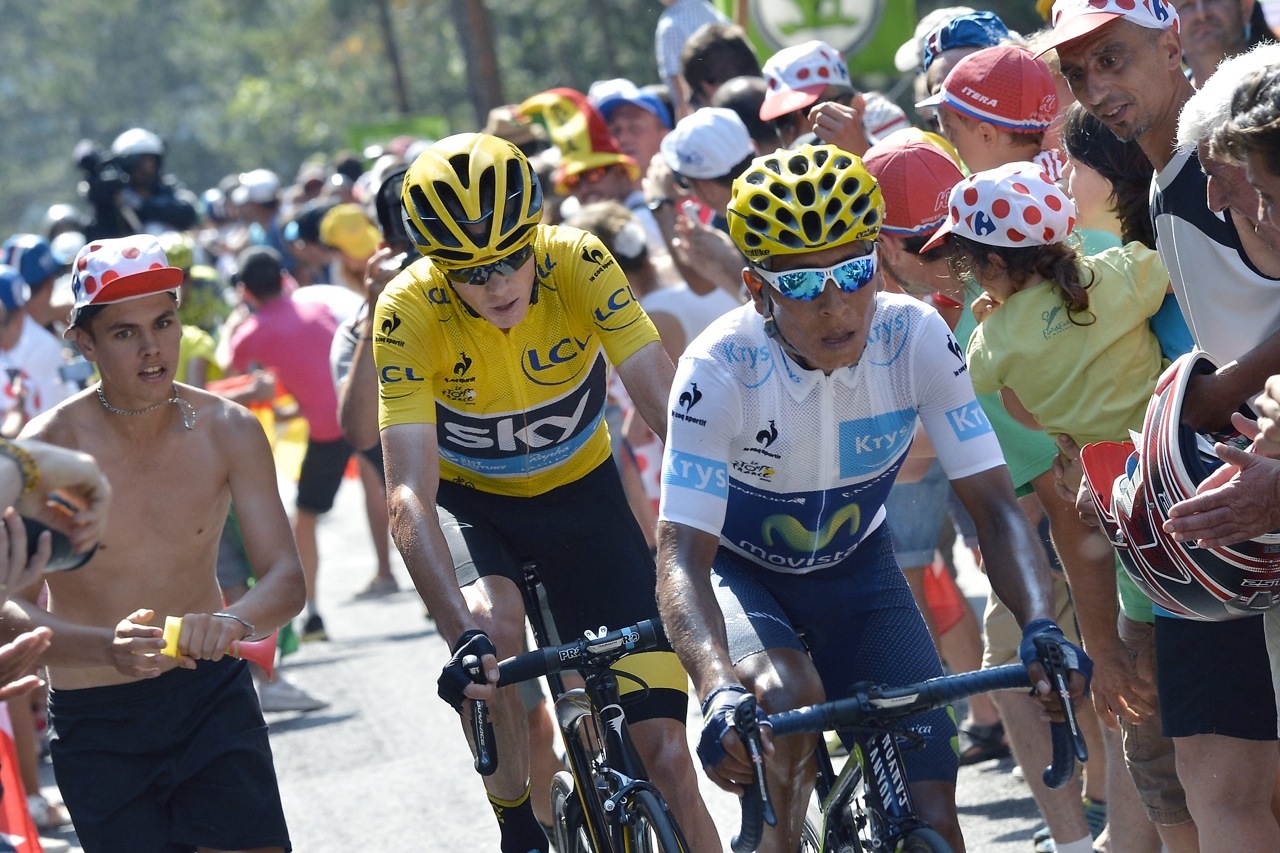 19 Jul 2015
By Campionissimo - In LATEST ARTICLES, THE GREAT RACE

Tour de France leader, Chris Froome, lashed out at the press today, calling them “irresponsible”, after alleging a roadside spectator had thrown urine on him during today’s stage.

Indeed, Froome blamed journalists for setting the “tone” that led to the fan’s actions by accusing him of “doping” during this year’s race.

“Obviously a bit of a dampener for me, a spectator about 50-60km into the race threw a cup of urine over me, shouting ‘dope’ (doped),” said Froome.

“It’s unacceptable on so many levels. We’re professionals, we work really hard for what we do and for someone to come and do that, it’s not what we’re here for.”

“I certainly don’t blame the public for this, it’s certainly a minority of people out there ruining it for everybody else,” said Froome, the Team Sky leader.

“I would blame some of the reporting on the race, it’s very irresponsible. Those individuals know who they are.

“It’s not all media, a lot of the reporting has been fantastic, it’s been about the race, as it should be.

“But with my victory a few days ago and the way the team is riding, there’s been a lot of very irresponsible reporting.

“It’s not riders bringing the sport into disrepute, it’s individuals and they know who they are.”

Earlier in today’s stage, Froome’s teammate, Richie Porte, said he’d been punched by a fan during Tuesday’s race, when Froome won the stage after trouncing his rivals.

“It was the same atmosphere on Alpe d’Huez two years ago.”

The Australian said there has been an anti-Sky atmosphere at times.

“They are so anti-whatever we are. Do I deserve to be booed? Does Chris Froome deserve all this? I don’t think so.

“Maybe in 10 years’ time they’re going to see that these victories are legitimate.

“It’s a disgrace how some of these people carry on.”

Froome said he felt the criticism being spurred on by the media, was responsible for inciting some fans against him and his team, although he feels for the most part – a vast majority of spectators were behaving appropriately.

“I wouldn’t say something’s changed, it’s the tone set by some of these irresponsible people who report on the race.

“They set that tone and obviously people believe what they read in the media.

“It really is a minority of people out there booing and doing these stupid things.

“Richie Porte got punched the other day and then this incident today.

“I just want to thank the thousands and thousands of supporters out there not just supporting us but the race.

“It’s been magnificent on the road, tremendous. I want to thank those people out there but it’s just unfortunate a few individuals are ruining it for the rest.”