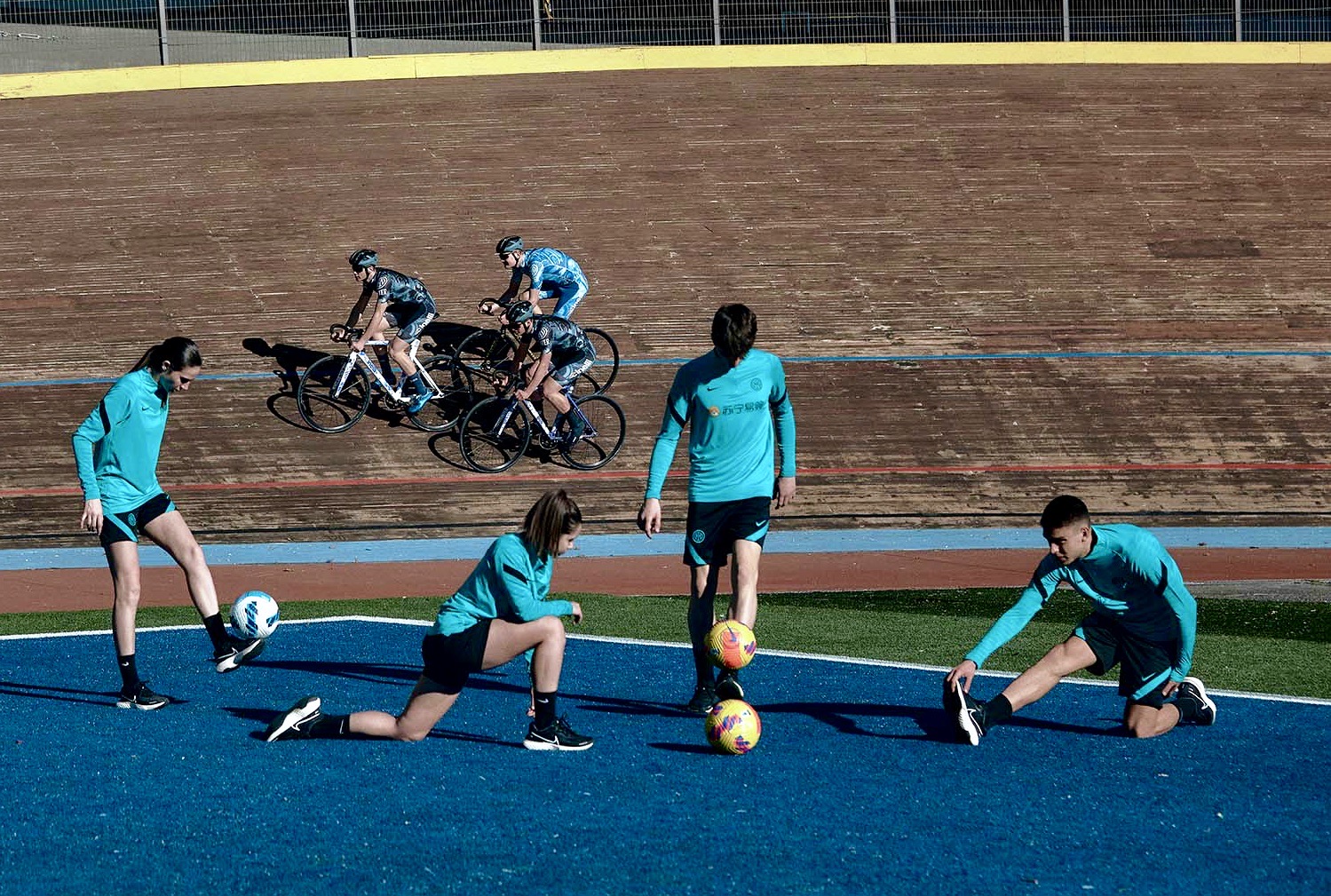 Cinelli has partner with the three-time European Cup-winning soccer team, Inter Milan, on a collection of special edition bikes and cycling kits that celebrate the shared values of Italian design, culture and sport.

Both bikes come equipped with Cinelli’s Wand handlebar, Vai stem and Squadra saddle, while power is delivered courtesy of a Miche Xpress 46t crankset, a 16t cassette and a set of Miche Xpress wheels that roll on Pirelli P Zero road tires.

The Cinelli x Inter Milan kits include both men’s and women’s short-sleeve jerseys, bibshorts, socks and a cap that standout thanks to a motif of light blue swirls and accents.