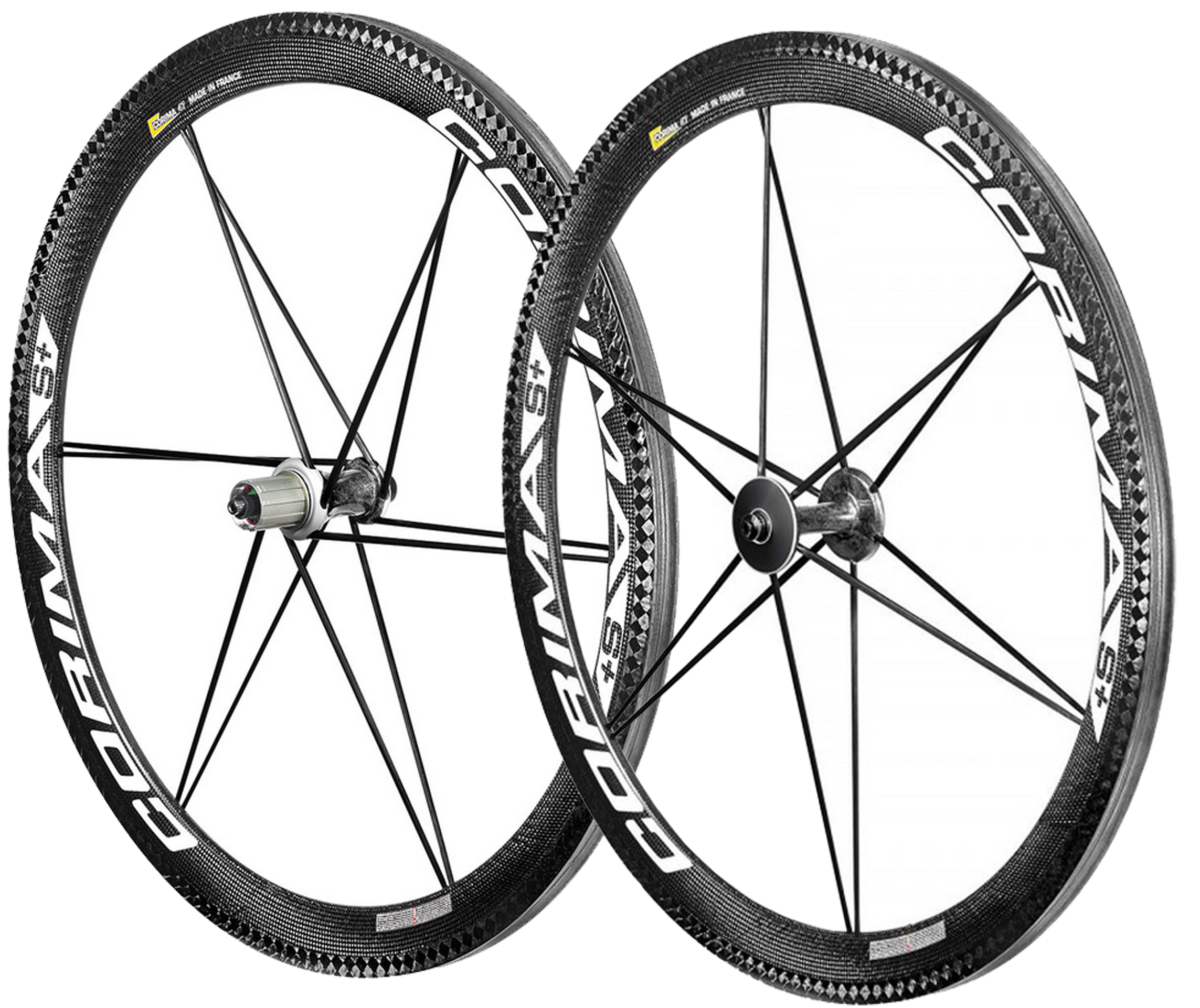 19 Jan 2016
By Campionissimo - In LATEST ARTICLES, THE DOUBLE DIAMOND

If cycling was the equivalent of bed sport, or vice versa, by virtue of their beauty alone, Corima wheels could cover every chapter of the Kama Sutra in just one revolution – they’re that lustful.

But, just as the poets and troubadours warn, beauty is often only skin deep. And, given the fact that I’ve never gotten beyond the index of the Kama Sutra myself, a closer look at Corima wheels was warranted.

Growing up, I had an uncle who would only buy the Mack brand of truck for his company, because in his words, “they make every damn part of the truck – the whole enchilada”.

Yet, despite my uncle’s obvious lack of prose, I came to understand his analogy. And, whether its talk about a Mack truck, or bike wheels like Corima, his words hold an important message as it relates to pride of ownership, and the profound influence craftsmanship and homogeneity have over customers, whenever a company can boast that they make everything about their product from start to finish – in-house.

And, just like Mack, Corima makes the whole enchilada, right in their own factory in Loriol sur Drome, France. A trait that I’ve especially come to admire, given the degree of outsourcing that has become central to most manufacturing these days – particularly in the bicycle industry.

On to the wheels….

Over the last several months, I’ve had the pleasure of testing riding virtually every Corima wheelset in the brand’s range, in both clicnher and tubular versions.

However, for the purposes of this review, I chose to narrow the field to just Corima’s MCC S+ 47mm wheelset and their 32mm S+, since they were the two models that I spent the most time riding. Moreover, being an inveterate sew up junkie, I naturally chose the tubular versions.

For those who wish to skip past the bushwah, and get right to the talking points, after riding the S+’s for nigh on to 1,000 miles, I can honestly say, that they ranked as one of the most delightful all-around wheels that I had ever had the pleasure of riding. No matter what riding conditions I subjected the S+’s to, to include climbing in unspeakable gear combinations that were an anathema to commonly held riding practices, nothing phased these wheels.

However, there’s always a trade-off when its comes to equipment, particularly with wheels. In some cases, a wheel can be aimed purely at all-out performance, with less focus on comfort and practicality, while others can be more focussed on solid, all-around performance and reliability with less regard for sheer performance. Yet, in the case of the S+’s, they possessed a unique balance between comfort and performance, seldom found in any one wheelset.

Indeed, whether I was tackling the hills and valleys of western Massachusetts, with leg-breaking gradients, plummeting descents or what seemed like endless undulating roads, the S+’s acquitted themselves admirably. As I said before, nothing phased these wheels. And, regardless of the riding conditions or terrain they faced, they provided consistent, uncompromising performance with not so much as squeak, a creak or a spoke out of true the whole time.

Stopping power was also excellent throughout my stint with the S+’s as well, with solid, predictable modulation, and not so much as a hint of wheel shutter, even under the most extreme braking conditions. They were even pretty remarkable in the wet as well, despite Corima’s less than impressive cork style brake pads. That’s one thing that I think needs improvement. But, they do work.

In sum, the S+’s were dead-solid performers, with light, unsprung weight and rotational mass giving way to instant spool-up and acceleration, attended by an extremely tactile feel that was spot-on in terms handling and responsiveness. Moreover, the S+’s were perfectly round. That’s right, I said perfectly round.

While everyone assumes that a new set of wheels will be perfectly round right out of the box, that’s not always the case. Alas, in the past, I’ve encountered plenty of so-called boutique wheels that were anything but perfectly round, or should I say true. Whether it was a case of poor spoke tensioning, or worse, a carbon wheel to wasn’t fabricated to exact specifications, on more than one occasion, I had to work some niggles out of a few previous wheels before they were road-worthy. That was never the case with the S+’s, which spun as solid and true as any high end wheel I’ve encountered. And, this is especially crucial when it comes tubulars, since only a rim that is perfectly round and within spec will yield precise tire mounting and run-out that is tantamount for sew-ups to performance properly.

This leads to one conclusion, unsurpassed build quality and design.

And, speaking of build quality, the S+’s were as beautiful to the touch, as they were to look at, wherein an exquisite 3k carbon finish punctuated their appearance, along with an equally exquisite carbon finish on Corima’s silky smooth propriety hubs – finished off with matching black Inox spokes.

Also worth noting, 32mm may very well be the sweet-spot when it comes to the best all-around rim profile. In my opinion, this depth seems to provide an ideal profile when it comes to diverse riding conditions and terrain. There’s just enough depth to extol some aerodynamic benefit, while also keeping things light and compliant. And, hovering around 1100g for the set, the S+’s are indeed light!

My conclusion, the S+’s were one of the most pleasing wheelsets that I’ve ever had the pleasure of spending time with. And, if you’re someone who appreciates bespoke quality craftsmanship, and has a penchant for products that have a true European pedigree – look no further than the Corima S+’s. Think of a Bentley that drove up a Porsche’s arse.

Hmm… now the MCC S+’s were a tricky sod to put a finger on at first.

While I marveled at their beauty, and full carbon construction, the MCC S+’s and I were not initially ready for any kind of Kama together, let alone Sutra. There was a lot going on with these wheels at first, both in terms of aural stimulation and handling feedback, that I simply wasn’t  prepared for – especially after coming off of the extremely refined S+’s. So, I really had to ride them for awhile before I could clear my palette of their lesser sibling.

At first, I likened the performance of the MCC S+’s to that of a hyper sports car, wherein everything had been designed purely along the lines of performance, while everything else was secondary. However, after riding the MCC S+’s for hundreds of miles, I began to understand their virtues. And, what started off as a dysfunctional relationship, later gave way to a rapturous love affair.

Indeed, over time I came to equate MCC S+’s raw, tactile feel and sonorous whirling sounds, as evidence of their ability to generate gobs of momentum, along with a road feel that could discern heads or tails were a penny to be run over.

From that point forward, it became increasingly clear, that Corima had set out to design a wheelset that was all about power generation, point and shoot accuracy and highly discernible road feel. And, given the MCC S+’s 47mm rim profile, there was some aerodynamic properties in the making here as well. In fact, one of things that concerned me about the MCC S+’s at first, was their deep rim profile, and the likelihood of being tossed around like a sailboat on a windy day. Something that I came to fear with a previous set of Lightweight Standards that I had.

Surprisingly however, the MCC S+’s seemed almost immune to strong crosswinds, save for the most severe gusts. This I chocked up to major advancements in the area of aerodynamic profiling and design.

However, MCC S+’s abilities aren’t limited to just the rouleurs and the puncheurs, but at a little over 1100g, they can ascend with similar conviction. And, I betray no secrets when I say there are plenty of formidable hills in western Massachusetts, to attest to the MCC S+’s ascending prowess. Nous avons lift-off!

As far as the construction of the MCC S+’s is concerned, their full carbon design is no less an engineering feat, as it is a work of art. And, in my opinion, they’re arguably the most beautiful wheels ever created.

Indeed, they posses a formation of integrated carbon spokes, rims and hubs that would have left M.C. Eescher and Buckminster Fuller fighting over the credit.

But, how are the MCC S+’s in terms of being an every day wheel? Well, without things digressing into another doggerel about cars, if you could imagine driving a hyper sports on a daily basis, to some, the thought of giving up some cush and refinement for the sake of all-out performance might not be a worthwhile compromise. Yet, to others like me, the thought of living without the visceral experience of the MCC S+’s and their sheer beauty, in exchange for something more benign, may prove to be an even worse trade-off.

The MCC S+’s truly belong to that holy place of wheels, where in my opinion, only such brands as Lightweight, and perhaps some of the top offerings from Mavic and Reynolds over the years have been able to ascend. However, unlike their rivals, which can be a tad crude in terms of their full carbon construction, the MCC S+’s posses an attention to detail and elegance that allows them to sit at the throne.

Which leads me to conclude, despite having an endless harem of paramours, Vātsyāyana himself, would not have been able to resist the beauty of the MCC S+’s either. Corima Sutra!