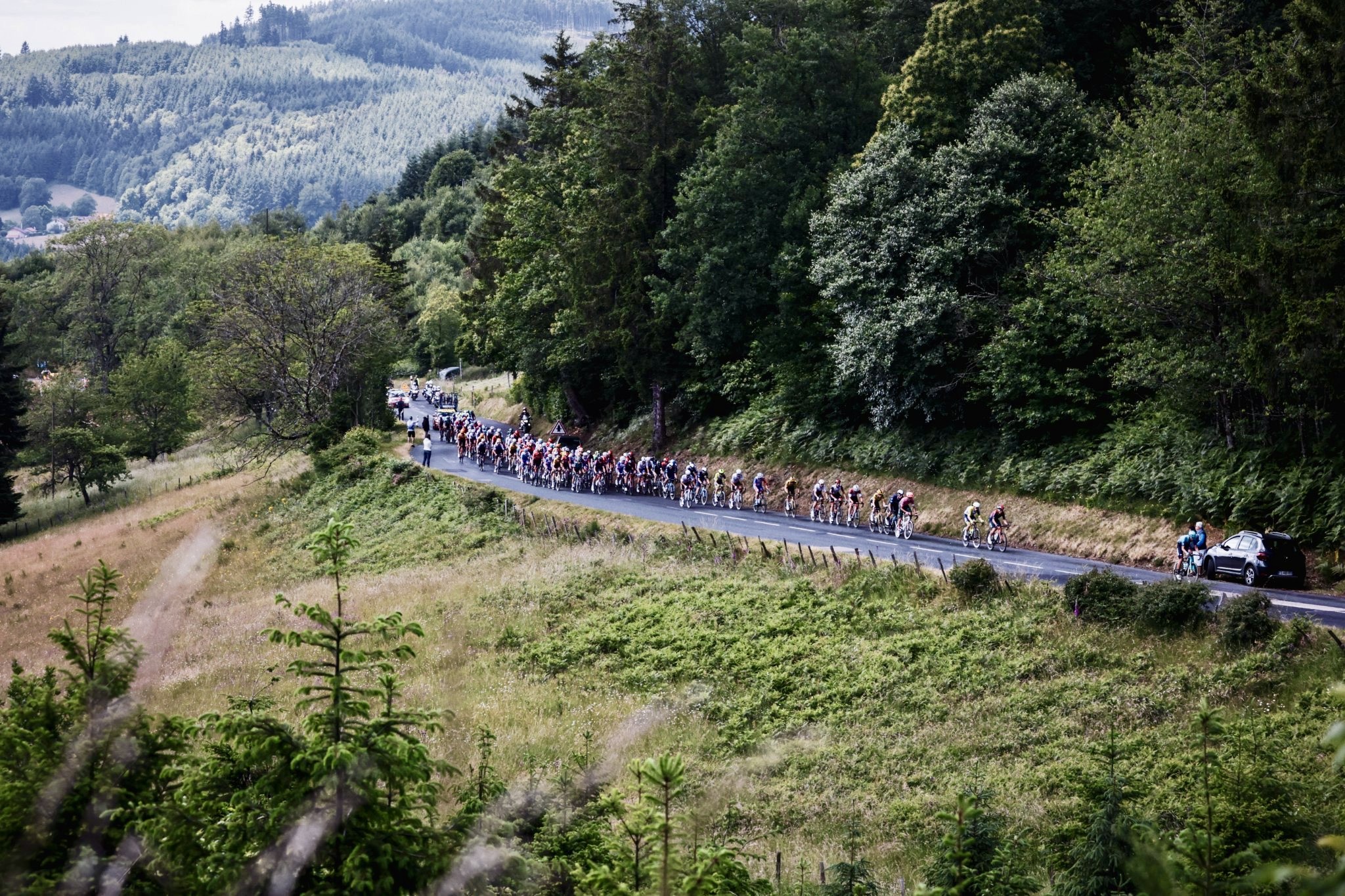 Valentin Ferron (TotalEnergies) won stage 6 of the Critérium du Dauphiné today, after the French rode clear of the day’s six-rider breakaway group to claim a solo victory in Gap.

Meanwhile, Wout van Aert (Jumbo-Visma) finished safely in the peloton to maintain his grip on the overall race lead.

As the kilometers ticked on, the odds of the breakaway group staying away only improved by their cohesive strategy.

By the time the escapees began their run for home, they had only lost one of their original companions, Armirai, who was l unable to handle the pace.

Though not appearing overly concerned, Jumbo Visma began to gradually bring the breakaway’s lead down. Bagioli was less of a concern to them than Barguil, whose five-minute deficit meant he, could have posed a threat on the long, steeper slopes to come.

With 5 kilometers remaining, and the six still out front, the battle for the stage win began.

Rolland and Barguil both missed a few turns, while Bouchard feigned a move, then launched one for real. It failed to give him a gap.

Into the final thousand meters and with everyone watching Bagioli, Ferrand stole it from under their noses. After sitting at the back through the final roundabout and onto the home straight, he chose the most unlikely moment to go.

By the time the others had noticed what had happened there was nothing they could do but vie for runner up positions.