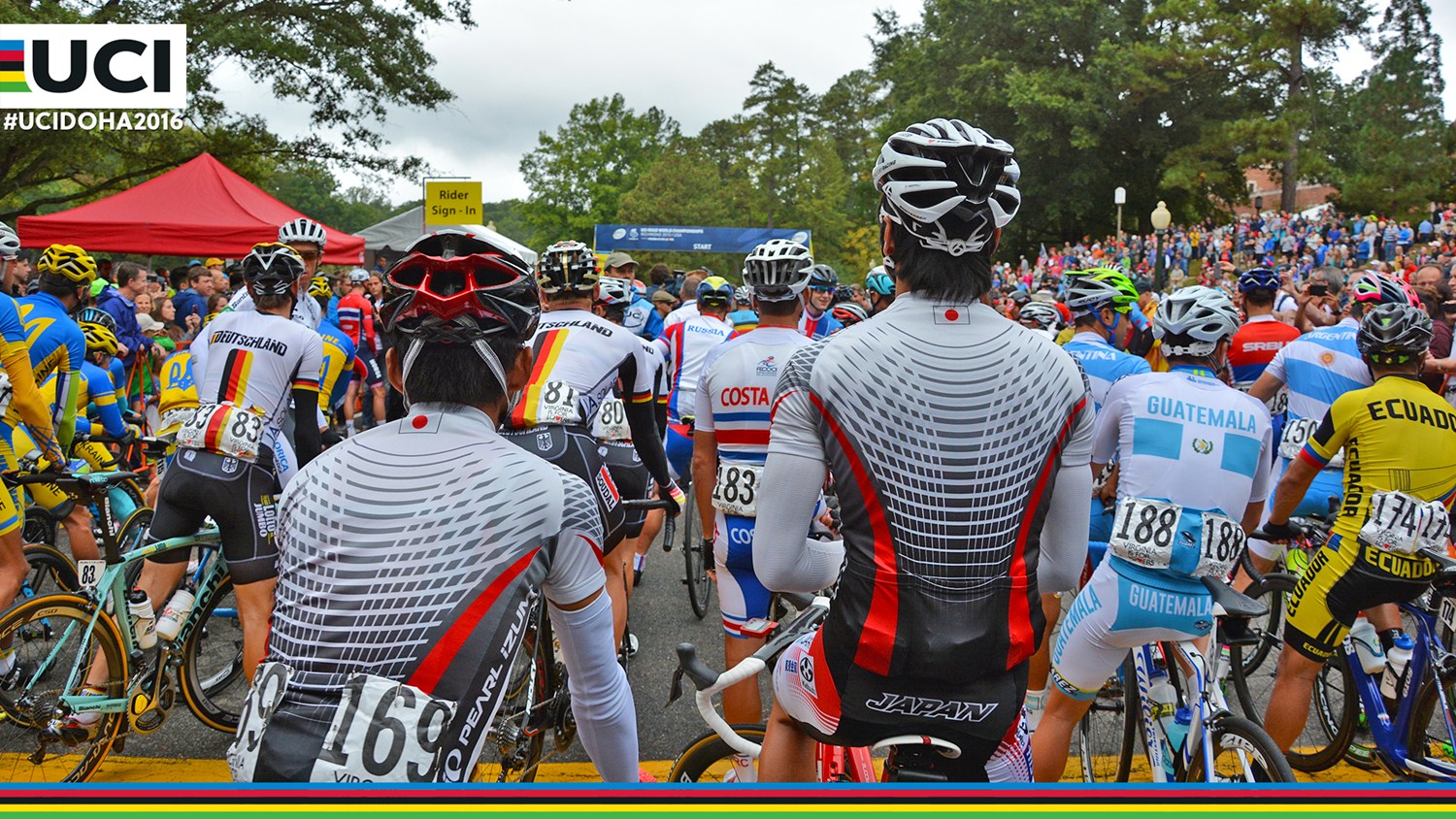 The high temperatures in the region have seen the UCI World Championships scheduled for later in the year than usual. But it has made no difference to what will be a typically impressive star-studded line-up, with a very strong selection of time trial specialists, sprinters and Classics racers set to do battle on Doha’s flat but technically demanding courses.

Defending Elite road race UCI World Champions Peter Sagan (Slovakia) and Lizzie Deignan (nee Armitstead), from Great Britain, are both expected to be present. And in the opening races this Sunday, BMC Racing Team and SRAM-Canyon will be aiming to make a strong defense of their team time trial titles on the 40km course.

In view of the hot weather that predominates in the region, the UCI has promised a daily meeting of experts to assess weather conditions, with racing distances to be shortened if appropriate.

All of the events are flat and technical, and most are based on The Pearl island on the edge of Doha. On Monday October 10th, the individual time trials begin with the Junior Women’s race over a distance of 13.7km. This is followed by the Men’s U-23 time trial, run on the same circuit, but measuring 28.9km. Racing continues on Tuesday 11th October with the Junior Men’s and Elite Women’s time trial, over the same distance of 28.9km. The time trialling section of the UCI Road World Championships concludes on Wednesday 12th October with the Elite Men’s individual time trial, which is 40km long with a start at the Lusail sports complex and the finish on The Pearl.

After the time trials, the road racing programme swings into action on Thursday 13th October with the U-23 Men, who will compete on a 166km course. Once again, The Pearl plays host – with all riders racing the finishing circuit on the island. Friday offers a double ration of Junior racing, first the women, over 74km, and then the men, (135.5km). Saturday’s Elite Women’s event over 134.5km, precedes the Elite Mens’ race on Sunday 16th October, which covers 257.5km.

In the Elite Women’s race, the Netherlands could well be the team to beat with Olympic Champion Anna van der Breggen and Marianne Vos in their ranks, as well as gifted sprinter Ellen Van Dijk and Kirsten Wild, a four times winner of the women’s Tour of Qatar. Lizzie Deignan (nee Armitstead) cannot be ruled out, whilst Australian sprinter Chloe Hosking and former double UCI World Champion Giorgia Bronzini for Italy will be amongst the top pre-race favorites.

In the Elite Men’s road race, Germany’s sprinters André Greipel and Marcel Kittel will rate their chances highly, and the same goes for France’s duo of fastmen, Arnaud Demare and Nacer Bouhanni. Mark Cavendish (Great Britain) won the Road World’s on a similar circuit in Copenhagen in 2011 and is another big favourite. Alexander Kristoff (Norway), who won a stage of the Tour of Qatar in February when the peloton completed several circuits of the Worlds’ course before finishing near Qatar University, is another key name to watch for. So, too, are Caleb Ewan (Australia), Fernando Gaviria (Colombia), Edvald Boasson Hagen (Norway) and Italy’s duo of Elia Viviani and Giacomo Nizzolo. That’s not forgetting, either, the ever-ambitious defending UCI World Champion Peter Sagan (Slovakia), more than capable of turning in a top result in a sprint.

Bunch sprints look to be likely in all the road races, but are by no means certain on such technical courses. Coastal cross-winds – which are frequent in the area – could be important factors as well. All in all, the 2016 UCI Road World Championships look set to be not only historic, but also as memorably spectacular as ever.