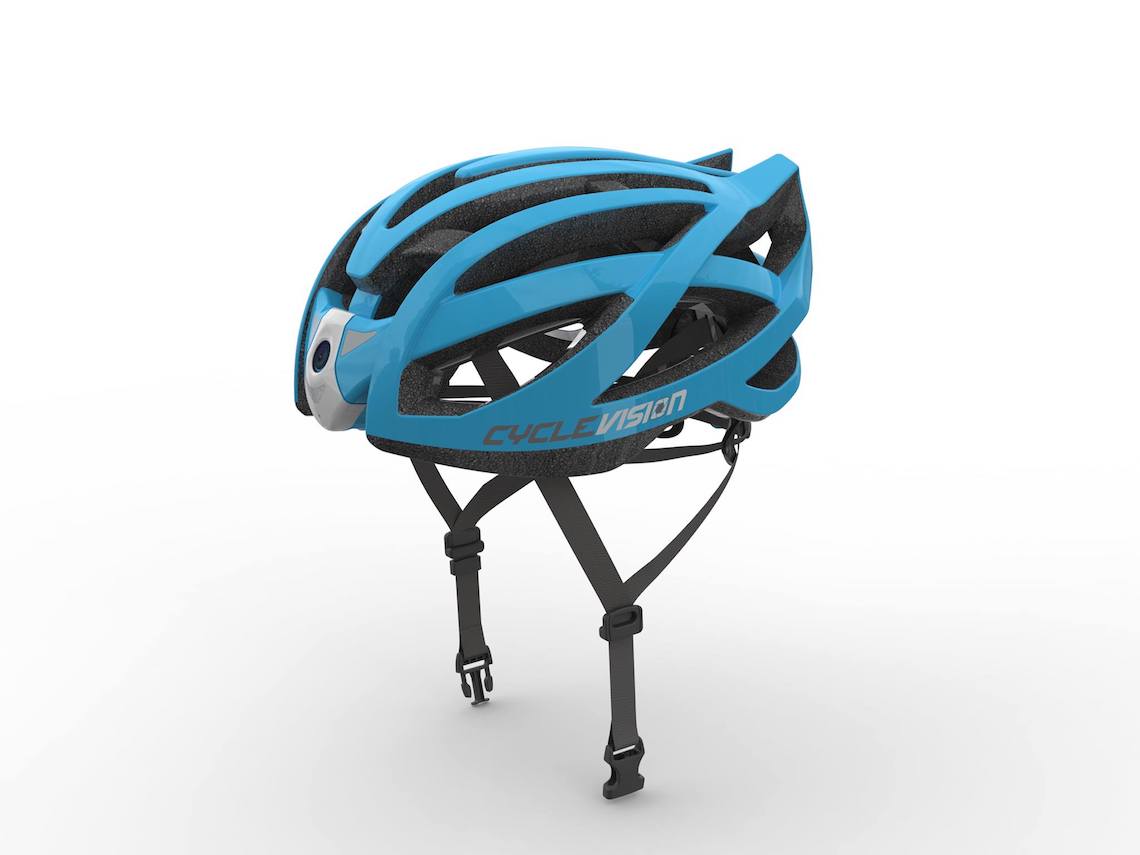 Safety-conscious cyclists will rejoice knowing that the Australia-based CycleVision has launched a new smart helmet called the Edge, which features built-in front and rear cameras.

According to CycleVision, the new Edge is capable of capturing a 320 degree field of view, courtesy of front and rear cameras that can record at 30fr/sec in high definition video, while storing footage on two 32GB flash memory cards. Moreover, if the footage isn’t worth saving, the helmet will automatically overwrite the oldest footage once the memory card(s) gets full.

Footage can easily be moved to any computer via an internal micro USB slot that’s located on the helmet, which also serves as a charging port for the Edge’s 3,200-mAh battery that CycleVision says can provide upwards of three hours per charge.

Additionally, the Edge helmet can also connect to any iOS or Android device using Wi-Fi and the company’s app, which also allows users to livestream video from either camera, or be used as a real-time rear-view camera via any smartphone that can be mounted on the handlebars.

CycleVision’s founder, Rob Asker, says he was inspired to create the Edge after being a victim of several hit-and-run bike accidents himself. Moreover, Asker says the Edge’s ability to livestream traffic from the rear not only alerts cyclists of a dangerous driver approaching, but it can also record an accident for legal purposes.

In order to get the Edge into full production, CycleVision has currently undertaken a crowd-funding campaign on Kickstarter, with the goal of raising $80,000, while early backers will be given the opportunity to get an Edge at the special price of $350.