The Cycling Art of Didier Lourenço 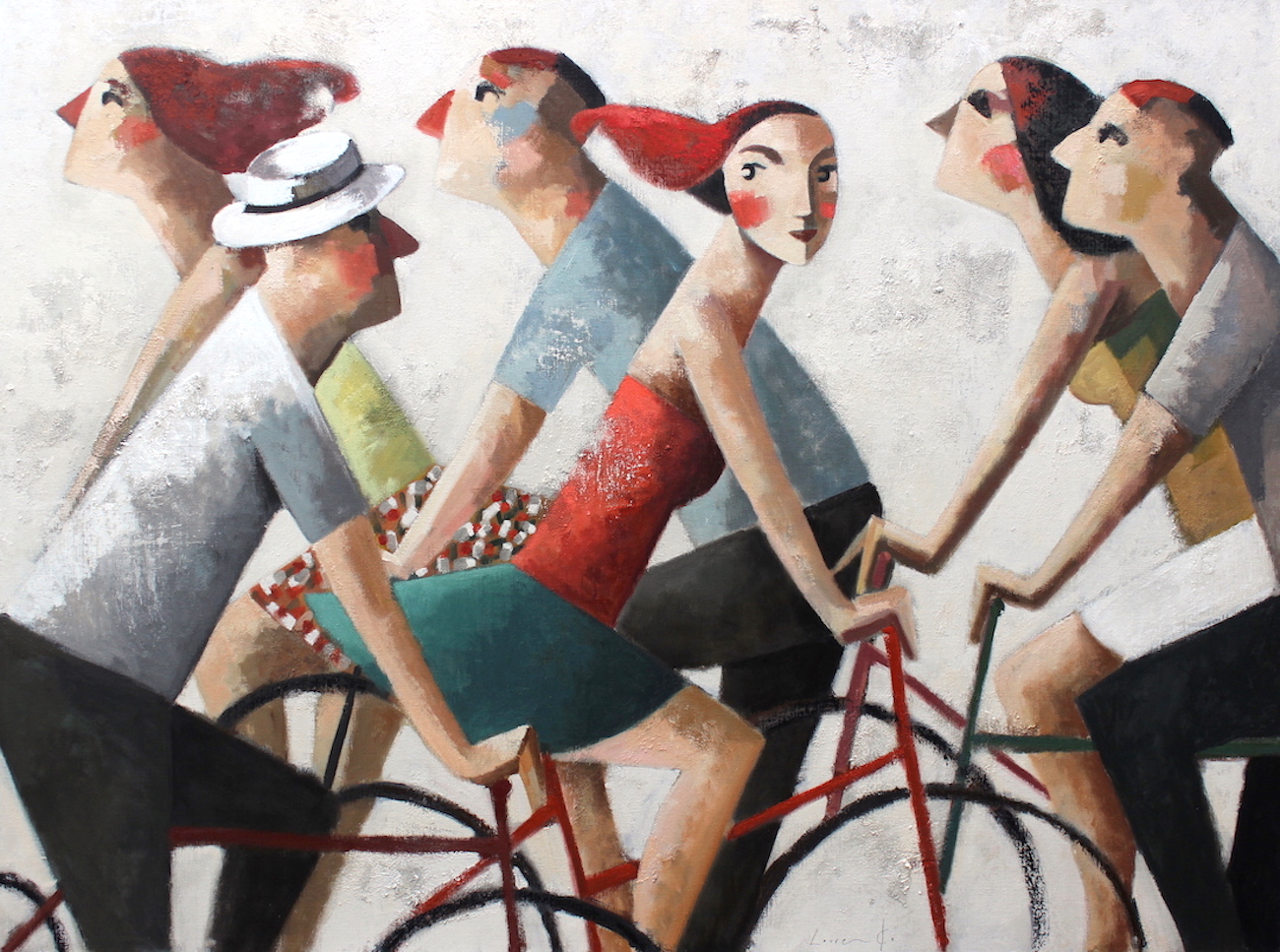 One part Modigliani and other parts Chagall and pittura metafisica, underscores the work of Spanish artist Didier Lourenço.

Lourenço was born in Premià de Mar, Barcelona in 1968.

At the age of 19, he began working in his father’s studio, where he learned the art of lithography.

In 1988, Lourenço made a corner of the studio his own, turning out lithographs for both clients and himself.

The studio would prove to be his best classroom, a place where Lourenço would build his education in the world of painting.

In 1991, Lourenço won a prestigious prize for young artists, earning his way into several galleries throughout Spain as part of both group and solo exhibits.

In 2000, Winn Devon, a well-known publisher and distributor of posters took his work worldwide.

In 2015, Lourenço undertook this series of magnificent paintings, celebrating his love of cycling.