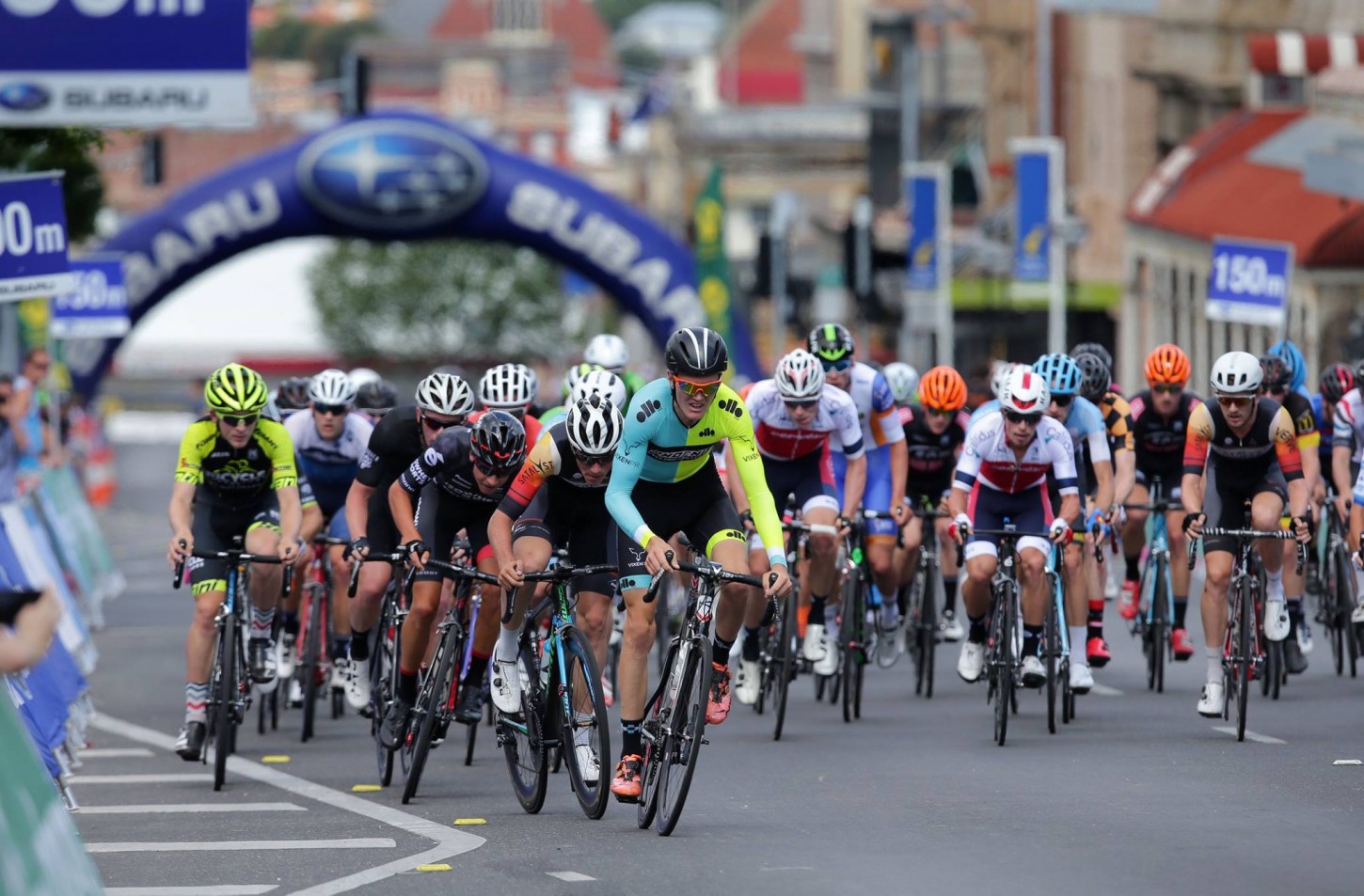 It was a brilliant display from Ewan’s Orica-Scott teammates who protected him throughout the race leaving him fresh to pounce in the final uphill run to the line, hitting out early and leaving his rivals in his wake.

The 22-year-old Ewan held off former track sprinter and World and Commonwealth Champion Scott Sunderland (WA) and Brenton Jones (VIC) who found the podium for the third time in four years.

As the laps counted down Orica-Scott steadily whittled down the advantage of the break to eight seconds with two laps to go, before a series of attacks from the peloton saw the race back together heading in to the final straight.

In a drag race to the line, Ewan unleashed his speed to cross the line with his hands in the air, with the top 10 a who’s who of Australian sprinting including former champion Steele von Hoff (fourth) and former under 23 champions Jesse Kerrison (fifth) and Scott Law (tenth).

“It is pretty hard, obviously, the expectation coming into it,” Ewan said of defending his title. “I think I came in here probably as the favourite, probably a pretty close favourite as a lot of the guys have been sprinting really well.

“It was always going to be hard with only two guys to help me but probably the two strongest guys in the race fortunately for me and they covered everything perfectly and all I had to do was sit there and relax.”

The victory was Caleb’s third on the course after he claimed a crown in the under 23 category in 2014 , with his experience proving vital when tested in the later stages of today’s race.

“Obviously coming back here to defend my title, I can’t remember how many times I’ve ridden on this course, I’ve done well from getting a lead out and coming from behind,” Ewan added.

“So I think when I got boxed off the wheel in the last corner, I didn’t panic too much. If I didn’t have the confidence I think I would have panicked and waited too late for my sprint.”

Bronze medallist Brenton Jones was eager to take positives from his rivalry with Ewan. “One thing that we go into every race [is] trying to find ways to beat him I guess, he is a classy bike rider.

“He has won World Tour stages, he knows how to win big races. I think it is awesome for us as guys trying to beat him, to gain experience from him, learn from him, race against him,” Jones added of the competition boosting Australian sprinting.

“I think we are only going to get better ourselves. I had a nice little cheeky win on the stage tour of the Bay Crits, I overpowered him there.”

Following a flurry of attacks in the first half of the race Allen was part of a five rider group but knowing she had to attack to claim the title Allen wasted little time distancing her breakaway companions.

The battle for the remaining podium places went down to the line with Kendelle Hodges (VIC) narrowly edging former under 23 champion Shannon Malseed (VIC).

“I was pretty lost for words, I couldn’t believe it, I thought man I am going to win this,” said Allen of her solo victory in her first year out of the under 23 ranks.

It continues a strong early season run for the 23-year-old who claimed victory in Williamstown yesterday in a similar solo attack at the Mitchelton Bay Criterium Series.

“My salute yesterday was pretty rubbish so I had to top that one,” Allen added of her time to celebrate across the line.

“Once I was in the break of five, I knew I had to be aggressive, with three sprinters in there as it isn’t my forte, but we had to attack, I was lucky.

“I felt I had really good legs out there and just time trailed all the way to the end.”

“I have been riding since I was nine years old, so I want to thank my parents and friends and family back home.”

In the battle for the under 23 title 18-year-old Nicola Macdonald (NSW), who only stepped up from the under 19 ranks in August, proved strongest. The former junior track world championship medallist was pleased to take the title. “I feel really happy, kinda shocked and quite tired now though.

“I just wanted to come here and race as hard as I could. It was a bit daunting racing them [elite riders] as I have always looked up to them, but really exciting being able to race them and be competitive.”

Like Allen it was also the first time Macdonald has pulled on the highly desired green and gold jersey. “Pretty cool, never had one of these before and only won two other national titles so it is really special to me.”