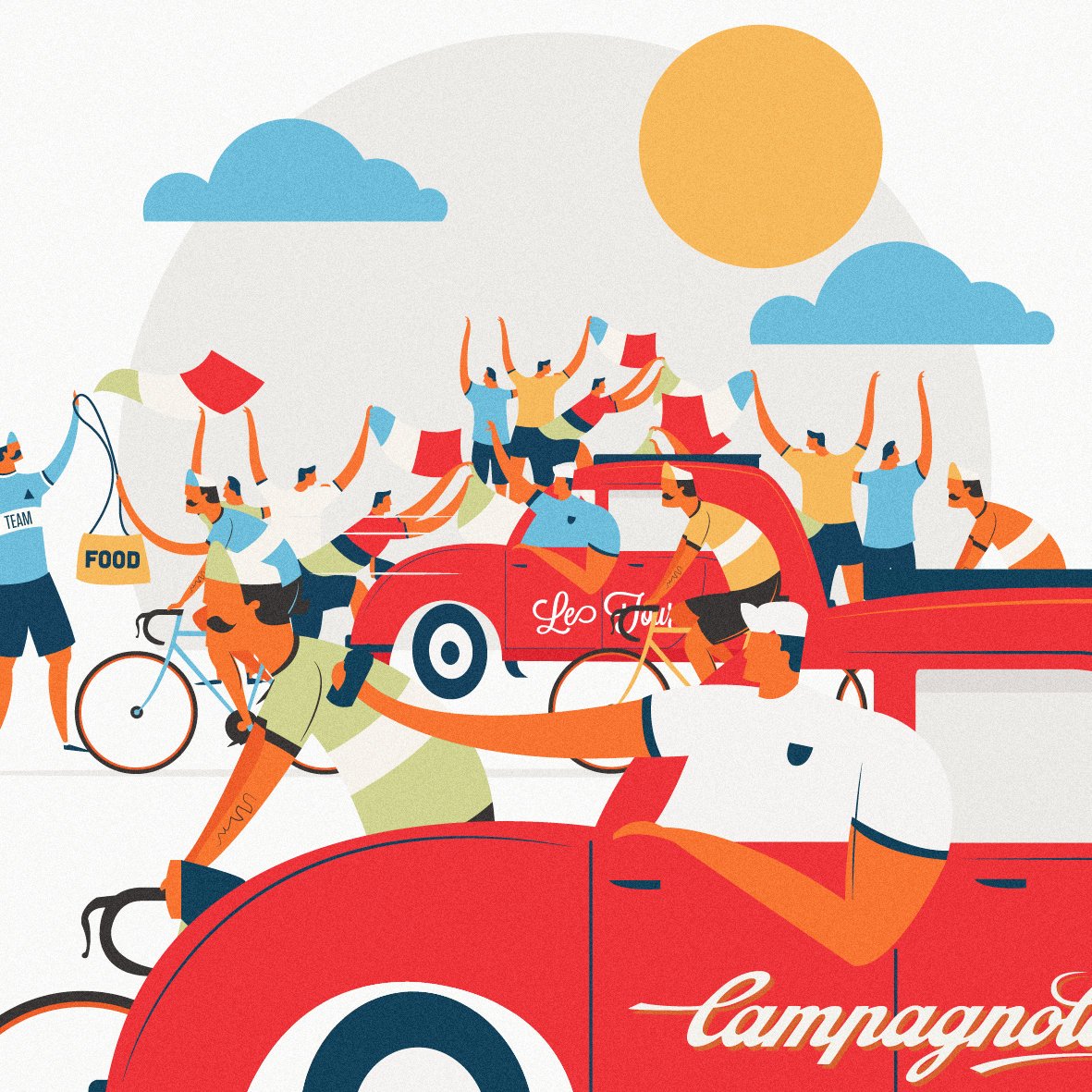 There’s a certain style to Neil Stevens’ cycling illustrations that capture both the mundane, yet global significance cycling has, as well as the enormity of its sporting heritage.

Here, the London-based artist captures the bicycle as both a commonplace conveyance in the lives of so many urban-dwellers, as it is an instrument of speed amongst cycling’s greatest races.