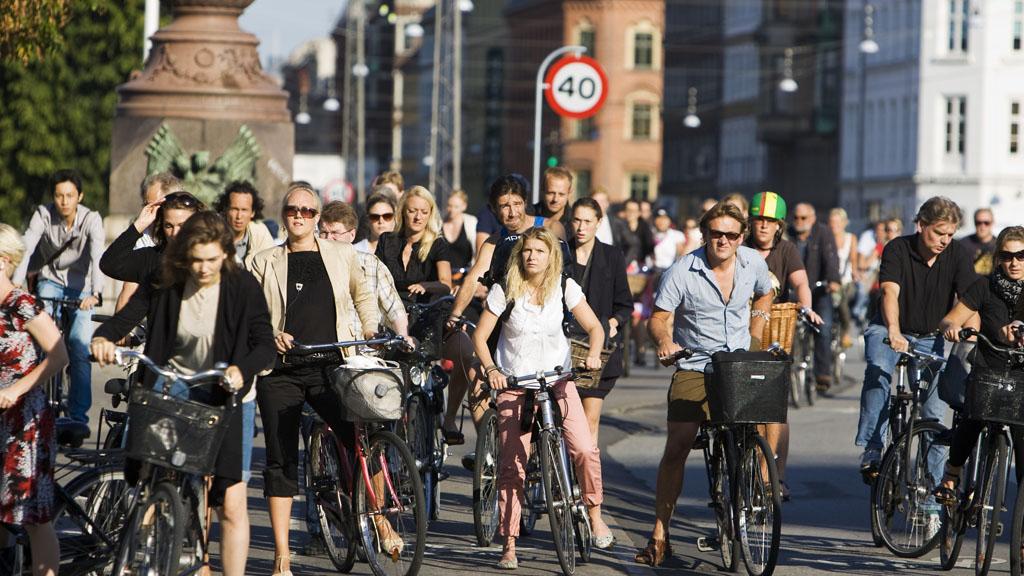 Copenhagen is widely considered as having one of largest, if not the largest, concentration of urban cyclists of any major city in the world.

Indeed, while most metropolitan areas strive toward lessening their carbon footprint, by reducing their reliance upon the automobile as a principle conveyance, Copenhagen’s population has been utilizing the bicycle as a primary source for transportation for decades.

Here’s glimps of what the average city intersection in Copenhagen looks like during morning rush hour.