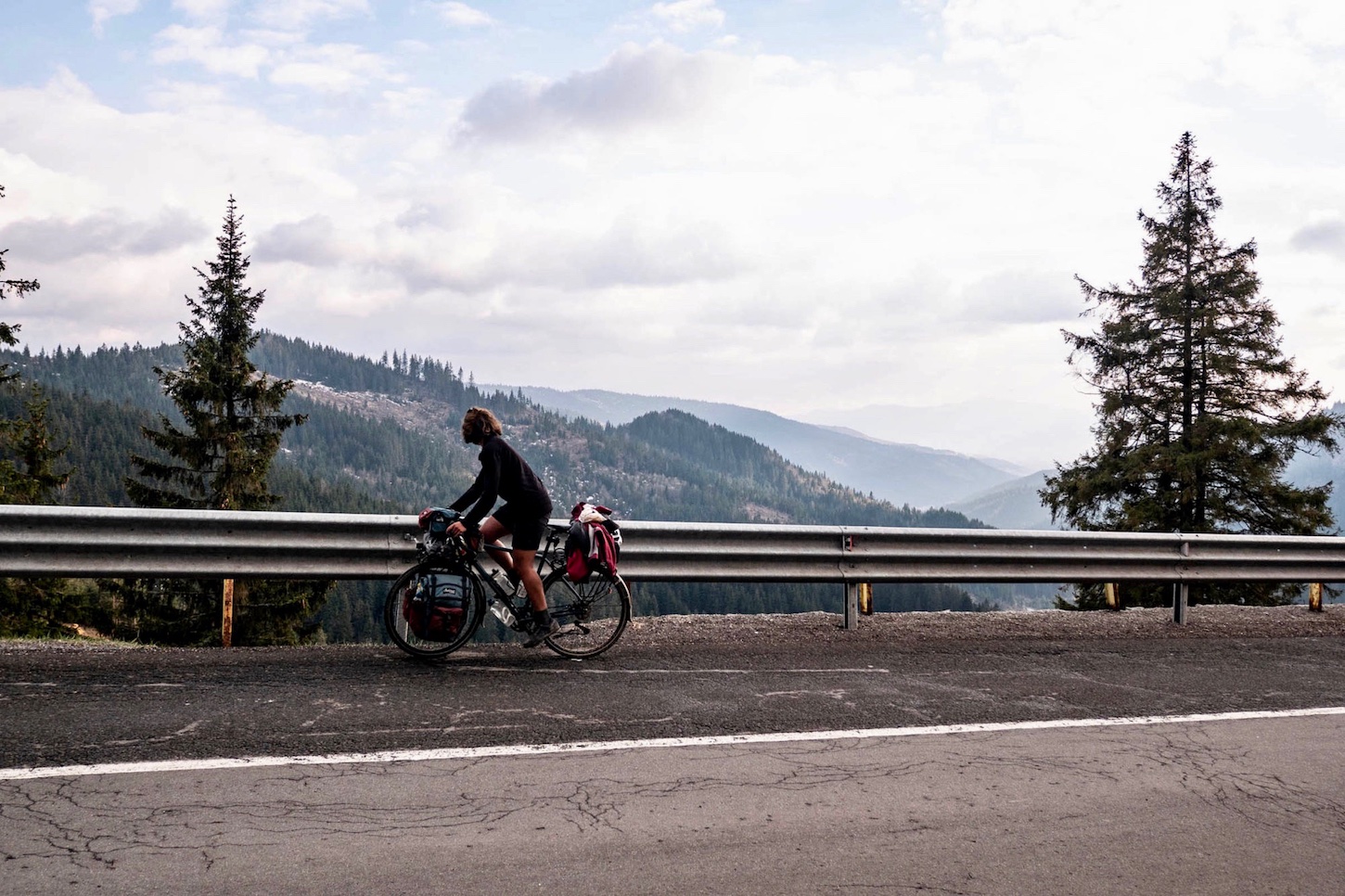 In 2019, Gaëlle Bojko and her ARISE TOUR bike headed out for a staggering loop around Europe, covering all it’s countries within. From the heat of southern Spain to the frozen coast of Scandinavia, while traversing the Carpathians somewhere in the middle, home to brown bears and wolves.

Crossing the Carpathian and following its mountain curve from south to north this area also holds a little insight for her personally, as this is where her grandad hales from, it is also about the Carpathian’s rough roads and rain, lots of rain.

“I left my home in the northwest of France, near le Mans, in September 2018 for a year around the continent. I set off with the idea of experiencing different cycling infrastructure around Europe during the journey as part of my studies in architecture.”

“The route took me through 27 countries and was 25,000 kilometers long. I first headed east through Spain, Italy, the Balkan countries, and Turkey, then headed toward home, pedalling across the Carpathian Mountains, the Baltic countries, Scandinavia, and the UK. Europe is an extremely interesting place to explore: it’s very diverse and rich, but also easily accessible for a European person: I didn’t need a single visa to travel during that whole year. It was eye-opening, and a bit revolting, to realize how lucky I am to have a French passport.I can enter Turkey without a visa, but a Turkish person needs one to go to France,” says Bojko.

Bojko said every country has its own specificities, and she enjoyed the vast majority of them, with Turkey perhaps being  the country that struck her the most because of the landscapes, the people and the riding, even though she had a few problems there as a solo woman.

Scotland and the north of England probably had the best riding of the whole trip, explains Bojko, as it featured mostly prepared routes that had been scouted numerous times.

However, Bojko says there are lots of opportunities for excellent off-road adventures in the Balkans, Turkey and the Carpathian Mountains, as some areas are pretty remote and wild.

“I’d happily return to all of the countries I had the chance to cycle in, as there is so much more to learn about them.”