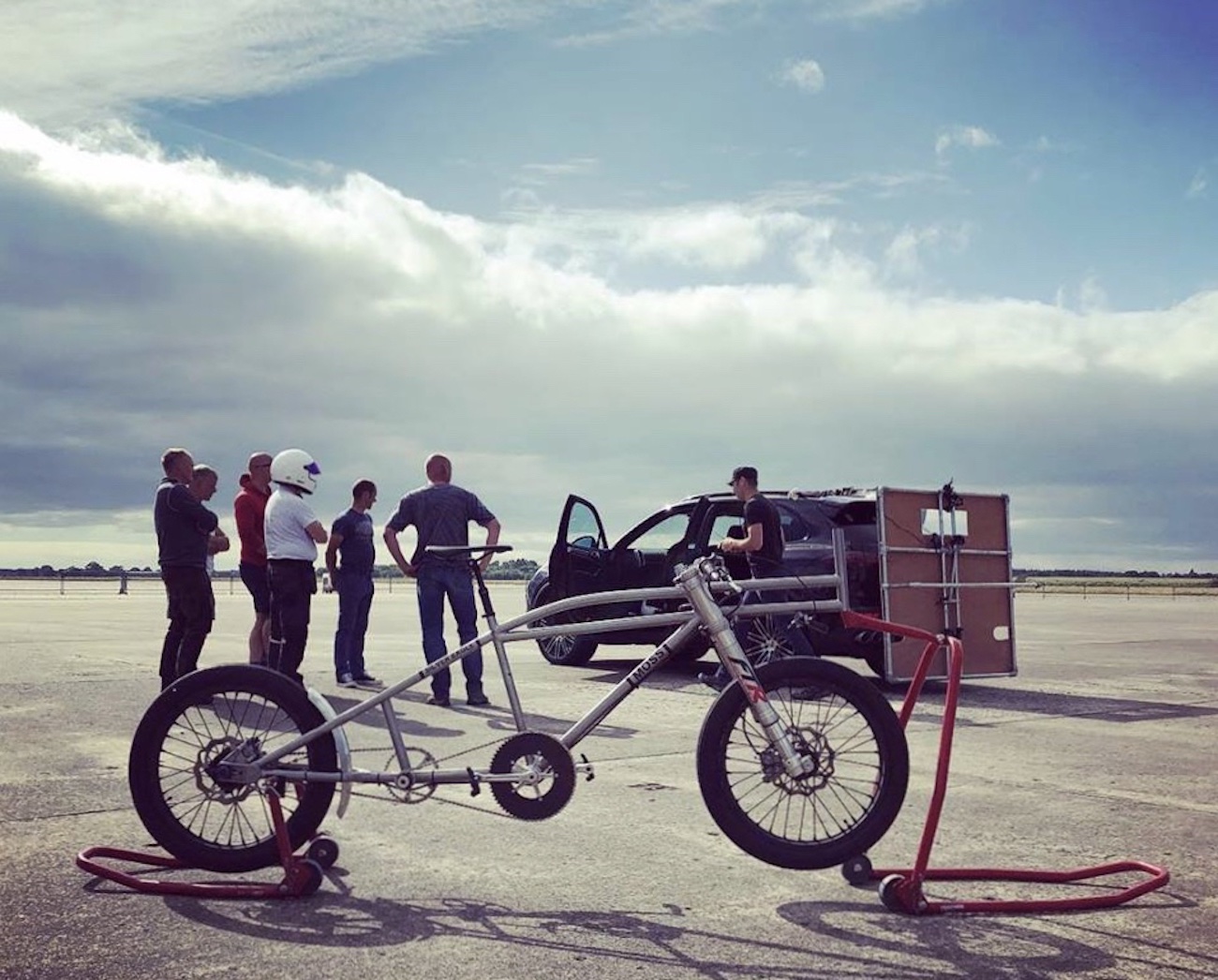 Campbell broke the existing record of 204 kilometers an hour (127 miles an hour) over a 200 meter timed section, while being towed up to speed behind a Porsche SUV along the runway at Elvingrton airfield in North Yorkshire, UK.

As a result, Campbell broke Guy Martin’s previous record of 183.8 kilometers an hour (114.19 miles an hour) set back in 2016, while riding a custom bike made by the British bike company Moss Bikes.

Campbell’s speed also surpassed the Guinness World Record of 202 kilometers an hour (125 miles an hour), which was set by Brazil’s Evandro Portela last year on a public road.

Campbell says he now has his sights set on breaking the 268.8 kilometers an hour (167 miles an hour) world motor-paced record set at Bonneville Salt Flats in Utah, United States, by Fred Rompelberg of the Netherlands back in October 1995.

The European Cycling Speed Record has been broken… in Yorkshire! ? pic.twitter.com/h8LgQQQviR