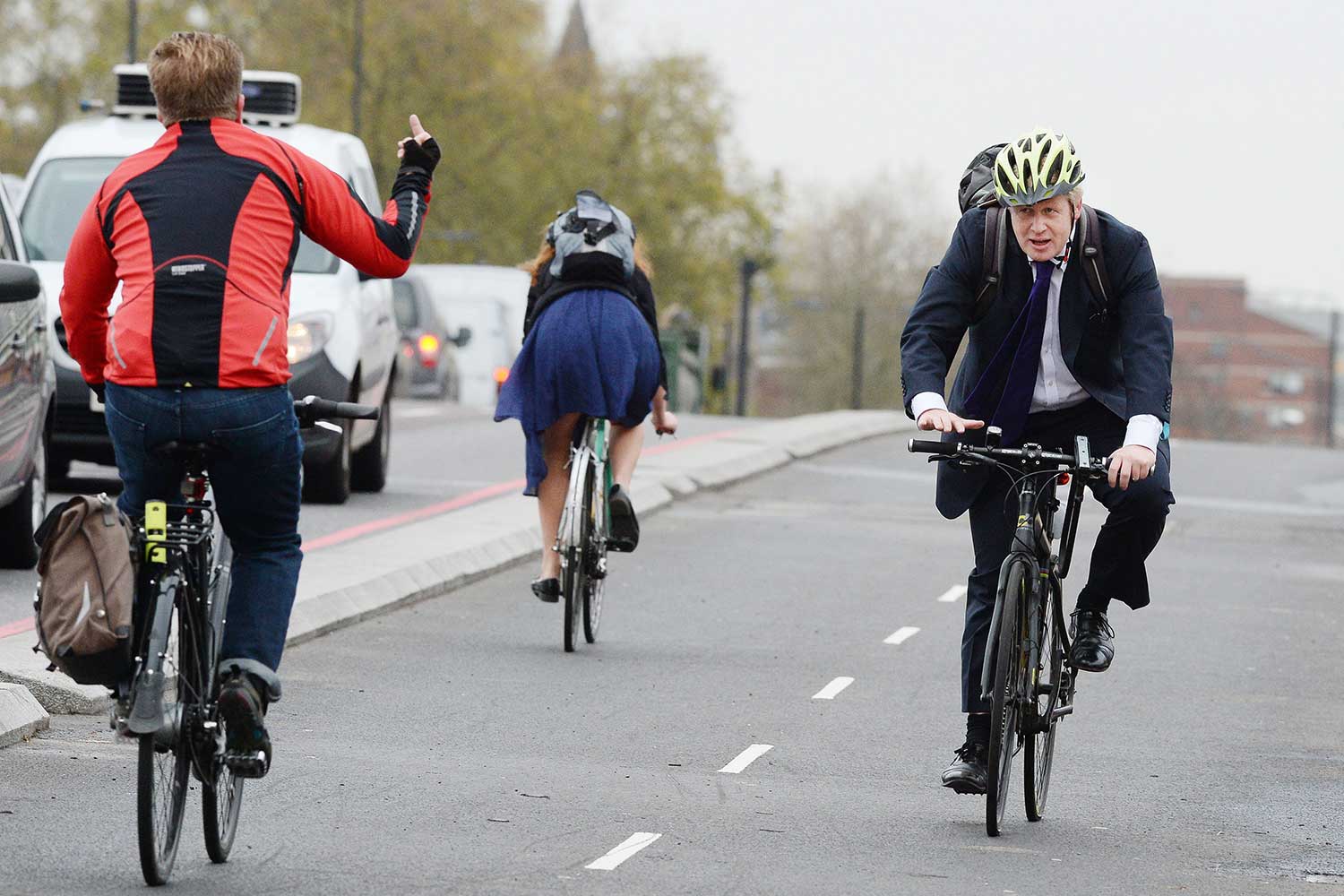 19 Nov 2015
By Campionissimo - In LATEST ARTICLES, THE BROOM WAGON

Whoever said that all cyclists share a common bond, hasn’t seen this latest video of an urban commuter giving London’s Mayor, Boris Johnson, the middle finger, during the launched of the city’s first dedicated bike path. And, there were more.

Apparently, the Mayor was forced to laugh off a volley of abuse from three separate commuters as he pedalled along the city’s new cycle superhighway.

Nevertheless, Johnson said it was “fantastic” to see the path get so much use, and said the overall reaction has been very positive.

He said: “The people I met on the cycleway seemed to love it.

“This is probably, in a hotly contested field, one of the most difficult things we have had to do.

“It has caused an awful lot of aggro, particularly with senior colleagues in parliament who like to travel around in cars.”

The segregated bike route, which stretches from London’s Oval to Pimlico sections, has been used by more than 750 cyclists at its peak since opening three weeks ago.

Mayor Johnson added: “It will be a wonderful thing for London and this is just the beginning of a massive programme.

“It is very, very important that the momentum does not stall and there is a large number of Cycle Superhighways still in the pipeline. There is a lot of work still to do but this is an example of the kind of transformation that can take place.”