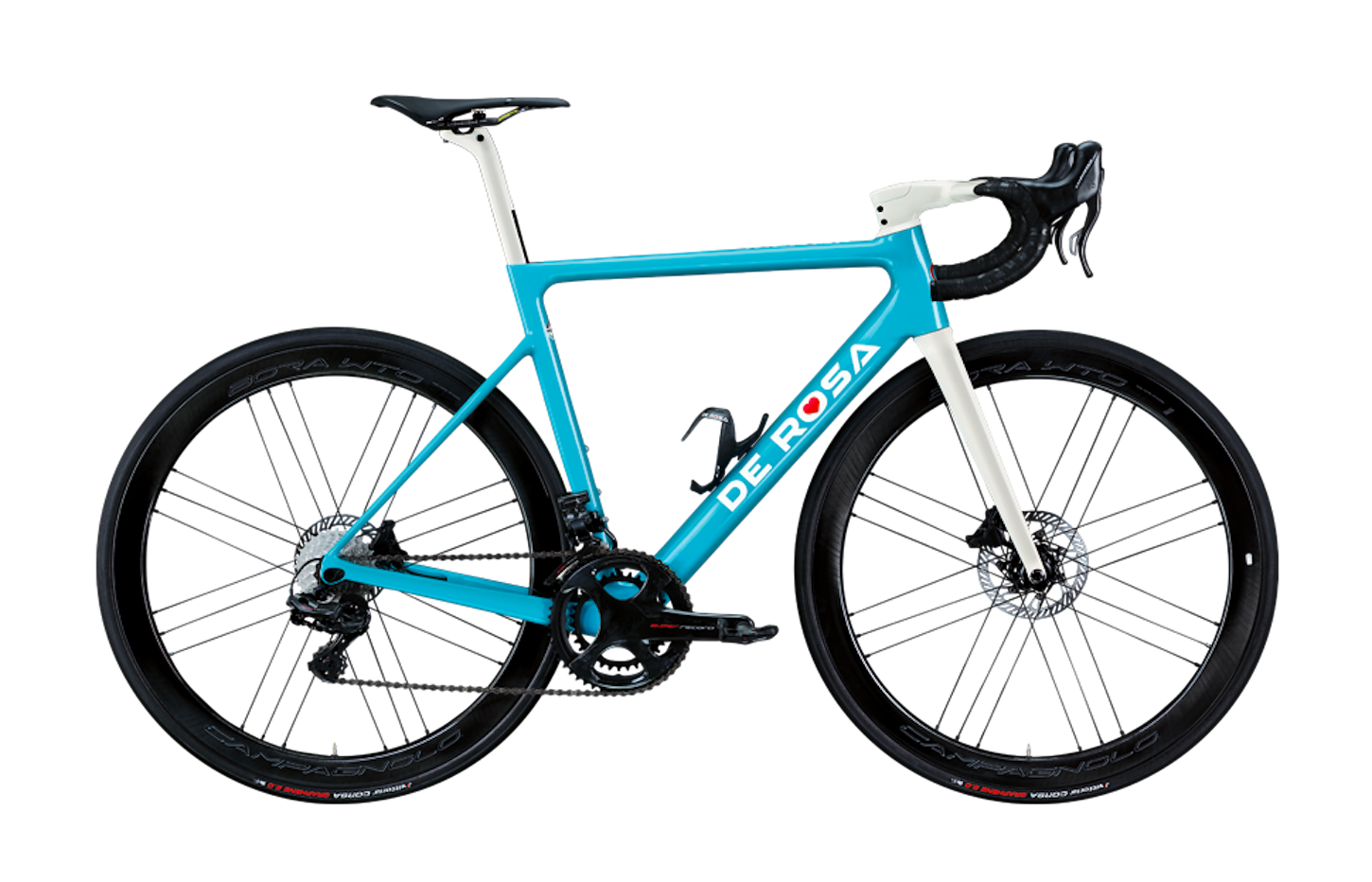 It’s been nigh on to twenty years since De Rosa launched its Merak aluminum road bike, which disciples of the vaunted Italian brand will remember how it carried Romāns Vainšteins to victory in the World Championship Road Race in Plouay, France back in 2000.

At long last, De Rosa has decided to reprise the Merak for 2020, albeit clothed in the magical cloth we call carbon fiber this time.

“The Merak represents De Rosa’s racing soul, competitive and winning. Merak has been the model that won the Plouay world championship in 2000 and that in 2020, 20 years later, is coming back in De Rosa products range to represent the big innovation at the performance level. With the carbon frame, Merak is suitable for all kinds of itinerary and ready for every challenge, from the highest competition to the more demanding granfondo”, says the storied Italian brand.

While its bold signature would initially lead one to think the Merak is aimed at the aero road bike segment, closer inspection reveals more traditional, conical shaped tube profiles, suggesting that the bike is actually focussed at being more of an all-arounder – especially given its feathery, claimed weight of 800g in a raw 54cm frame.

To achieved this weight, the Merak utilizes a blend of Toray ultra and high modulus carbon fiber, as well as 3K woven carbon.

Unfortunately for squeezer brake adherents, the Merak is only available in disc brake form. But, customers make take solace in the fact that the bike is fully integrated, including internal cable routing for both mechanical and electronic groupsets, as well as brake lines, thanks to FSA’s ACR integrated cockpit system.

Greater tire clearance was also a consideration for the Merak, allowing for tires up to 28mm in the rear, and 30mm+ up front.

In addition to its rebirth, the Merak also celebrates De Rosa’s return to manufacturing in northern Italy, where each frame is handmade in the Milan region.

The Merak frameset is offered in eight sizes, along with six stylish colorways for approximately $4500, with complete bikes available in a range of groupsets from Campagnolo and Shimano.