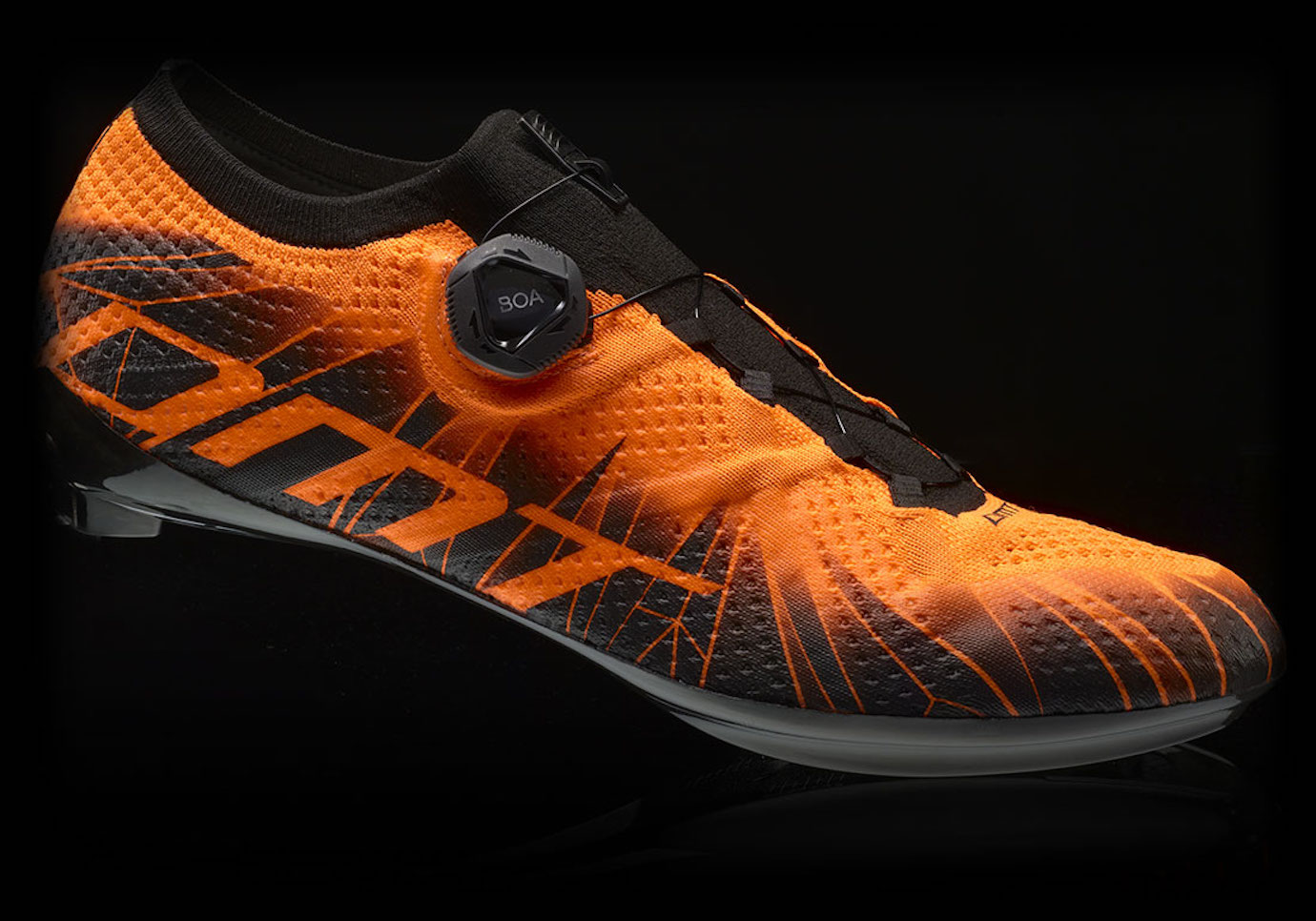 Given the RS1’s bold, innovative skeletal construction, it’s hard to imagine that DMT could come up with a new design that could surpass it in terms of technology and design.

But, that’s precisely what they did with the new KR1 and KR2 models. Moreover, as far as aesthetics are concerned, if I thought the RS1 looked futuristic, the design of these new cycling kicks pushes it back into the Dark Ages.

Like the RS1, the KR1 was also developed alongside Viviani, who rigorously tested the shoe during this year’s WorldTour calendar prior to its release.

The feathery 240g KR1 is available in orange or black, with sizes ranging from 37 to 47, along with half sizes from 37.5 to 45.5, while pricing for the US market is to be announced.

The KR2 features a very similar design to the KR1, the differences mainly being the use of an external poly exo-skeleton that gives the upper its structure, along with a “flatter” carbon sole that’s slightly lighter and more flexible than the stiffer one found on the KR1.

The KR2 is currently only available in orange, although I’m told black will become available in early 2019, with a range of sizes identical to the KR1, but with the addition of a size 48.

You can learn more about the new KR1 and KR2 by visiting DMT’s website, or the US distributor’s site here.

I hope to have a pair of KR1’s for review very soon, otherwise I’ll have to consider sending DMT’s affiliate in the US, Pietro Caucchioli, a dead fish again!