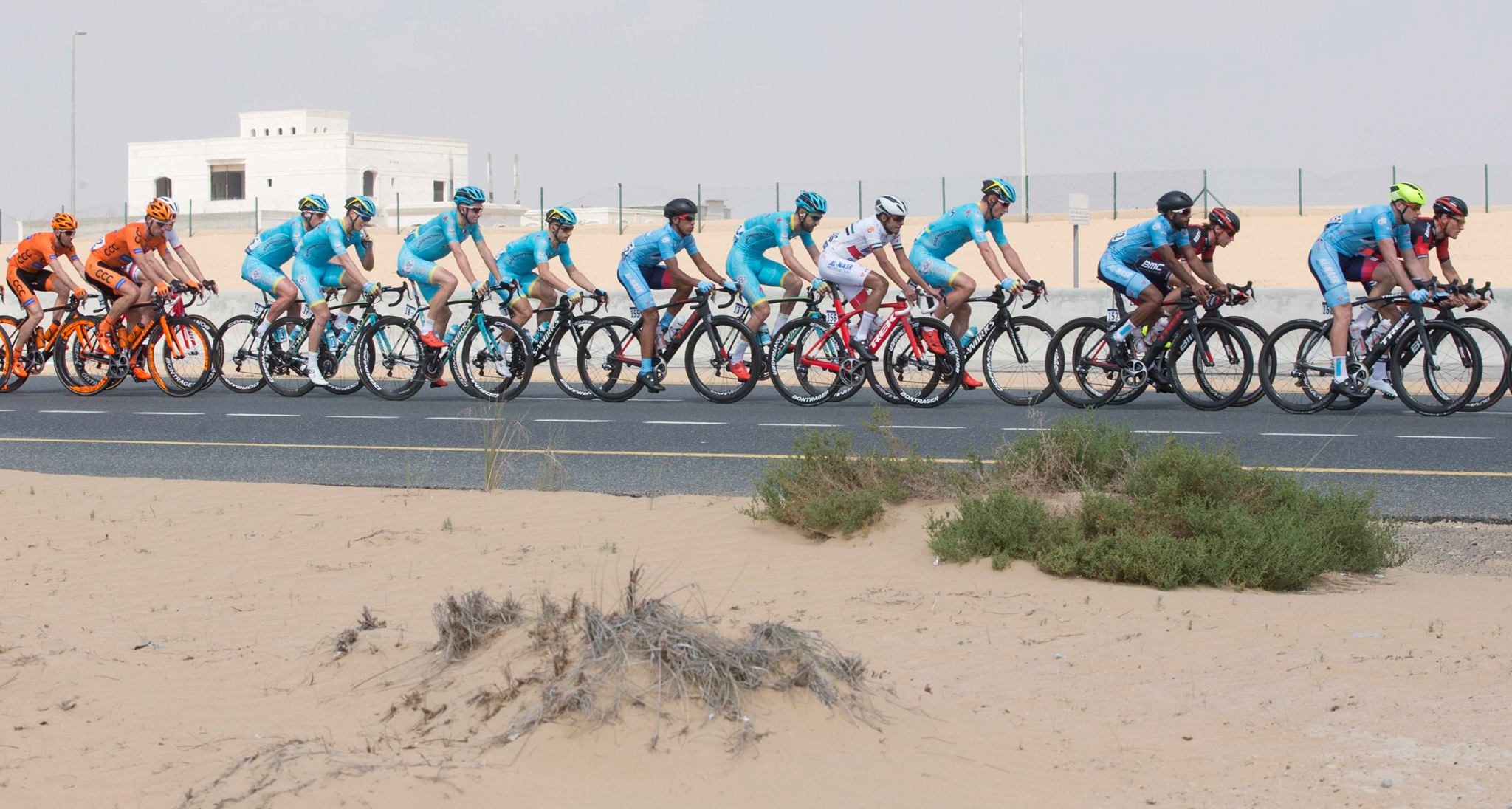 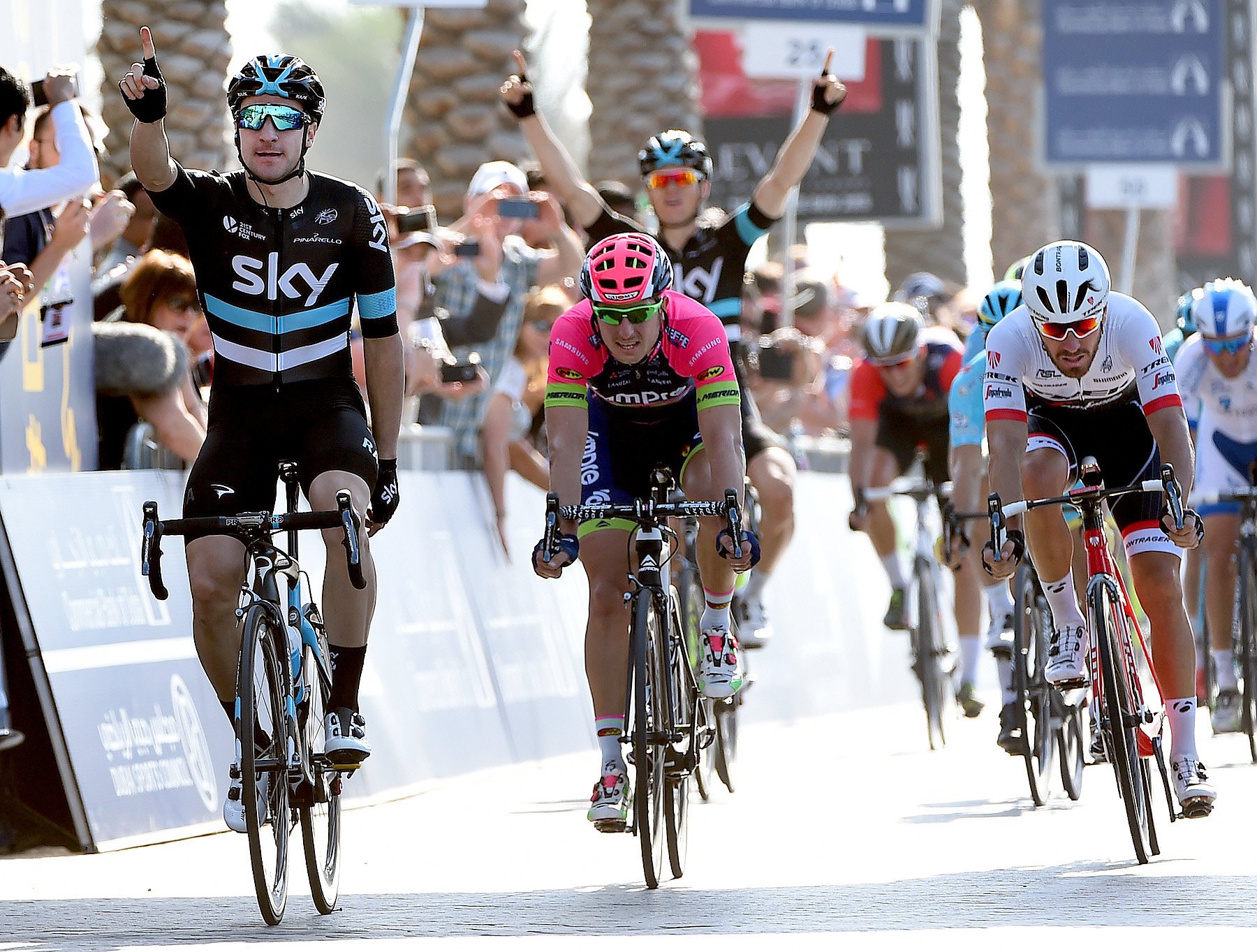 Elia Viviani claimed stage 2 of the Dubai Tour today, after capitalizing on the chaos that struck the peloton during the closing kilometers, to win a reduced bunch sprint.

Indeed, the Team Sky sprinter found himself without the threat of yesterday’s winner Marcel Kittel, and pre-race favorite, Mark Cavendish, as both riders were held up in a crash that plagued the peloton during the final 2 kilometers.

Rather, Viviani’s closest rivals were Lampre-Merida’s Sacha Modolo and Giacomo Nizzolo (Trek-Segafredo), who were never a threat to the Italian rider, who breezed across the finish to a comfortable victory, after getting a good readout from teammate Ben Swift.

As the race reached the closing kilometers, several teams began ushering their respective sprinters into place, with Bradley Wiggins briefly taking to the front, despite having no support from his teammates, who failed to organize themselves behind their leader.

Heading into the last 2 kilometers, a crash exiting a long tunnel held up the likes of Kittel and Cavendish, leaving Sky’s Viviani and Swift to battle with Tinkoff and Lampre in the final sprint.