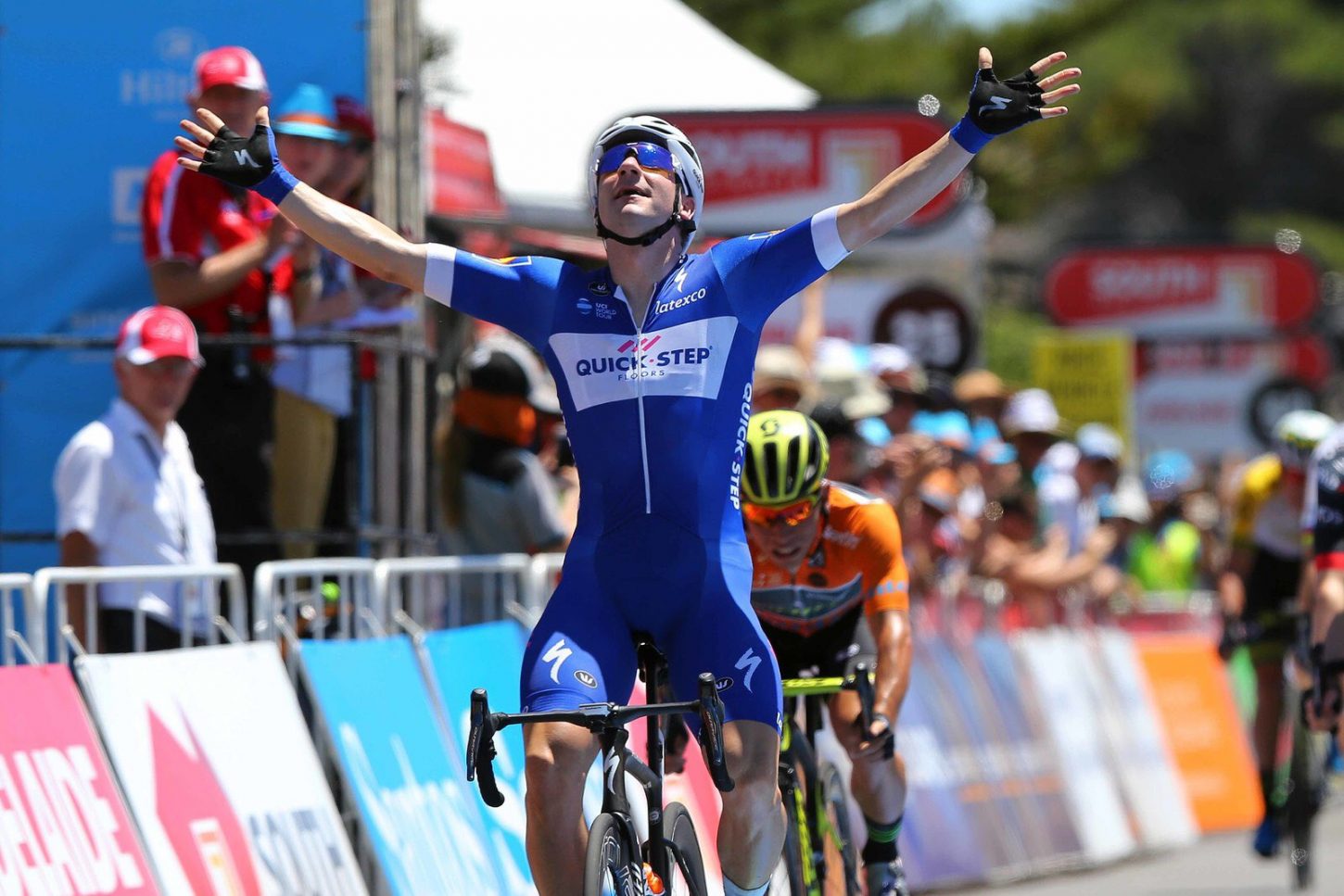 Starting from SkyDive Dubai in the Marina and ending along the coast in Ras Al Khaimah, the 190-kilometer stage is designed for a sprint finish, and so it proved with Viviani crossing the line first after a bunch sprint.

Victory for the Italian, in four hours, 34 minutes and 31 seconds, ensured him a measure of revenge after being pipped to the line in Tuesday’s opening stage by LottoNL-Jumbo’s Dylan Groenewegen, who had to settle for second. Riccardo Minali of Astana Pro Team claimed third.

To make the victory even sweeter, Viviani turned 29 on Wednesday and the stage win has added to his confidence.

“Having my birthday today added to my motivation,” Viviani said. “Losing yesterday was also good for my head. Overnight we felt like we missed one chance that would never be given back. I feel I’m in good condition and have the legs for winning.”

Viviani, who experienced some mechanical problems with around 20km remaining, revealed the strategy he deployed to guide him to the win.

“With 500 meters to go, my lead-out man Fabio Sabatini closed the gap,” he said. “I chose Kristoff’s wheel. I saw Groenewegen coming back with 50m but finally the line was in the right place for me to win. I’m pretty happy.”

Runner-up Groenewegen felt it was an opportunity missed to claim successive stage victories after suffering from two mechanical problems that he said severely hampered his race strategy. However, the 24-year-old Dutchman has retained the blue jersey has the overall race leader.

“It’s very hard to come only second today after winning yesterday,” Groenewegen said. “I had mechanical problems with my first bike, and also with the second 1.5km before the finish.”

“That’s how I lost my sprint train and I came very late to the front for sprinting. The only good point for today is that I’m still in the lead of the overall classification but I wanted to win the stage.”

Groenewegen also retained the red jersey, given to the leader of the general classification by points, and the white jersey for the leading young rider.

The 180km Stage 3, the Dubai Silicon Oasis Stage, will see the riders start from SkyDive Dubai and end on the Fujairah corniche. The route encompasses the entire stretch of desert from Dubai to Fujairah, crossing through Sharjah and Ras Al Khaimah.

The final 5km will take place in asphalted roads through Fujairah town, with a series of roundabouts starting 3km before the finish line. After the last roundabout, there is a 2,000m home straight where the sprinters will once again battle for stage honors.