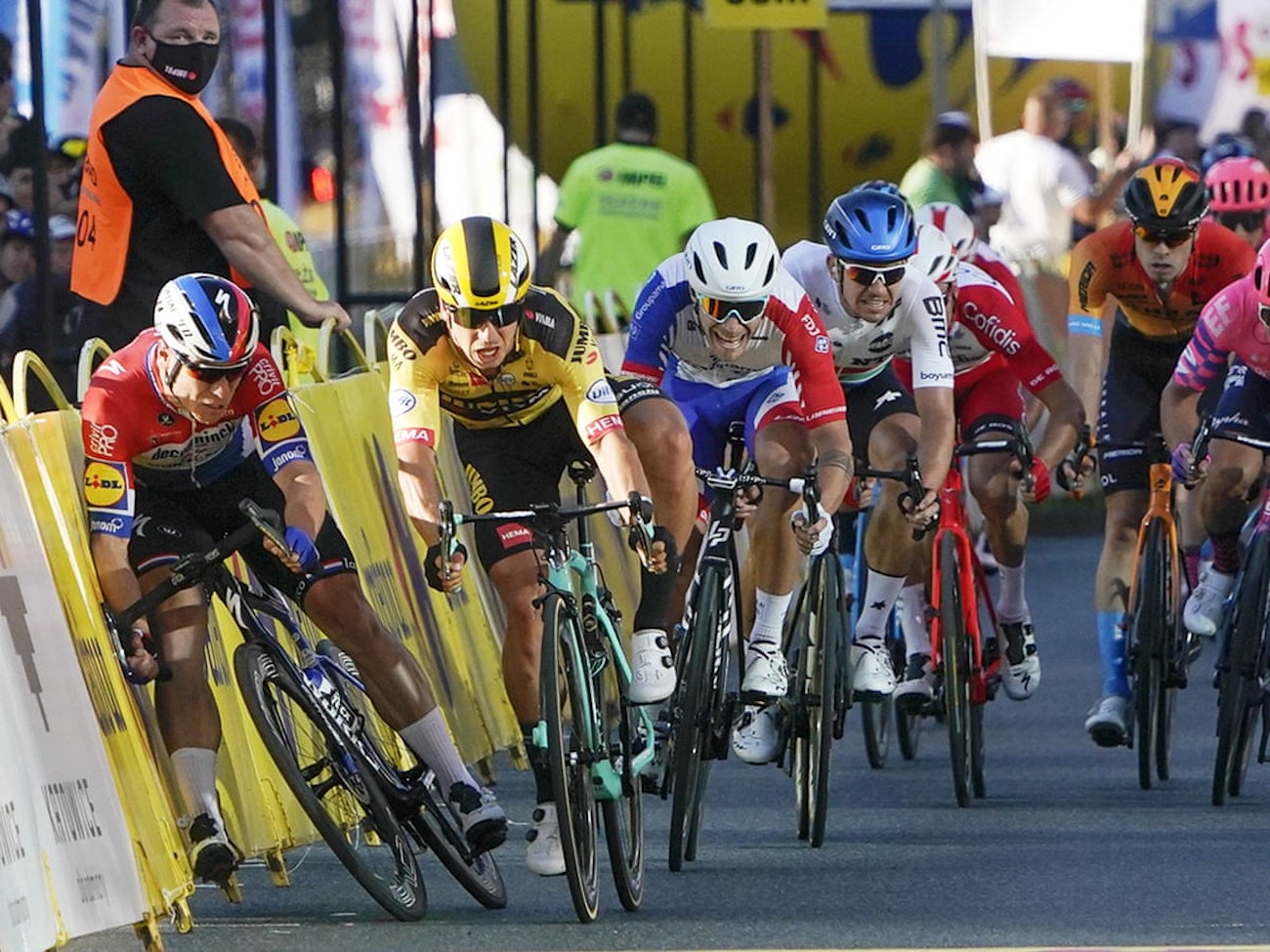 Dylan Groenewegen has been given a nine-month suspension by cycling’s governing body, the UCI, after his collision with Fabio Jakobsen during the Tour of Poland in August.

Jakobsen was placed in a medically induced coma for two days after the crash at the finish line in Katowice, while Groenewegen was disqualified from the race. In a statement on Wednesday the Jumbo-Visma rider “acknowledged that he deviated from his line and committed a violation of the UCI regulations.

“The rider collaborated with the investigation and accepted to serve a period of suspension until May 7, 2021, corresponding to a period of nine months from the date of the incident. The rider also accepted to take part in a number of events to the benefit of the cycling community.”

Groenewegen wrote on Instagram after the suspension was announced: “The crash in the first stage of the Tour of Poland will forever be a black page in my career. During the sprint I deviated from my line. I am sorry, because I want to be a fair sprinter. The consequences were very unfortunate and serious.”

“I am very aware of that and I hope this has been a wise lesson for every sprinter,” Groenewegen added. “I follow the news of Fabio’s recovery very closely. I can only hope that one day he will return completely. Closing the disciplinary matter creates clarity. That gives me the opportunity to look ahead again. I am happy about that, even though May 7th  is still far away.

Jumbo-Visma also released a statement following the verdict, “it was a crash where the severity of the consequences was unfathomable. Now that the disciplinary case has been concluded, we can start looking forward again. We will do that together with Dylan.”

Jakobsen is recovering from reconstructive surgery on his jaw but will require further surgery in 2021.

Groenewegen has not raced since the collision in Poland, which left him with a broken collarbone. The 27-year-old has won four individual Tour de France stages in his career and could return for next year’s Giro d’Italia. The 2021 edition is scheduled to begin a day after his suspension expires.