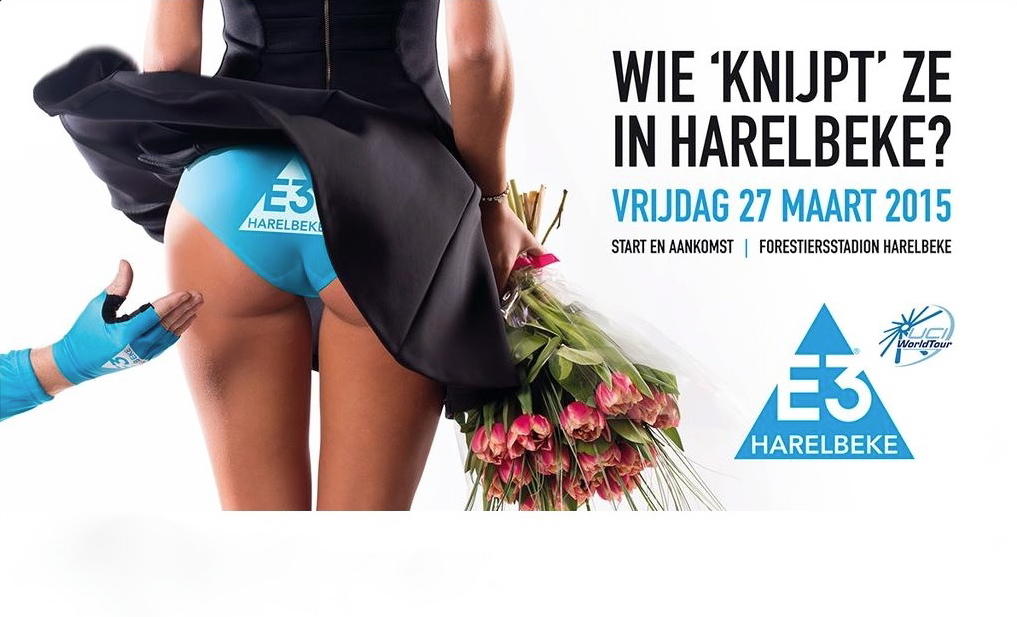 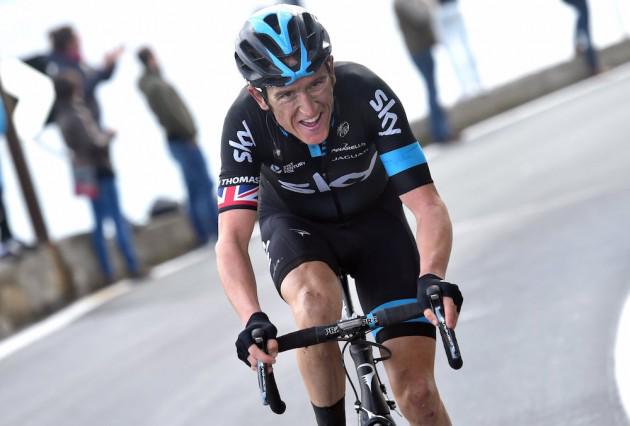 Geraint Thomas (Sky) emerged from a crash-marred race, to claim this year’s E3 Harelbeke, with a late attack during the closing kilometers of today’s spring classic.

“I thought if I could hit them a bit earlier, I could take them by surprise,” Thomas said. “They would look at each other. It worked out perfectly, really I can’t believe it.”

After Sagan was dropped during the closing kilometers of today’s finale, Stybar was left to challenge Thomas on his own. However, the former cyclocross world champion, proved to be no match for the Welsh rider, as he crossed the finish with a comfortable 25-second gap over his rival.

“I just imagined I was trying to hold [Ed] Clancy’s wheel in team pursuit,” Thomas said.

Today’s 218 kilometer race, was plagued by a crash early on, wherein the most notable casualty was pre-race favorite Fabian Cancellara (Trek Factory Racing) – leaving him with a fractured vertebrae.

From there, a breakaway group containing Sean De Bie (Lotto-Soudal), Kristian Sbaragli (MTN-Qhubeka), Dries Devenyns (IAM Cycling), Adrea Dal Col (Southeast), Sjoerd van Ginneken (Roompot), and Sebastien Turgot (Ag2r La Mondiale), got underway. And, as the escapees reached mid-point in the race, they had succeeded in establishing a sizable advantage of six minutes over the peloton.

Dal Col was the first rider to get dropped from the breakaway group, while Daniel Oss (BMC) lead the peloton over the Taainberg, subsequently creating a small group that went off the front.

However, in a matter of just a few kilometers, the peloton succeeded in reeling them back in.

As the race reached 67 kilometer mark, the peloton had managed to bring the breakaway group’s lead down to a more manageable 2:30. And, a further 20 kilometers later, the gap fallen to 1:16, as van Ginneken became the next rider to be dropped from the breakaway.

As the lead trio reached the climb of the Paterberg, their lead had been reduced to a mere 43 seconds. As result, Devenyns decided to jettison his breakaway companions and set-out alone.

When the peloton reached the short, steep climb, LottoNL-Jumbo’s Sep Vanmarcke went on the attack, but a mechanical problem derailed his efforts and nearly caused another crash.

At that point, Greg Van Avermaet (BMC) took over the pace setting at the top of the climb – thus causing a small group to break free of the peloton.

But, just as earlier attempts to ride clear had failed, they too were quickly reeled back in by the chase.

The next climb to follow was the Oude Kwaremont, where Sagan, Stybar, and Thomas managed to ride clear of the main field.

From there, the trio proceeded to work well with one another, soon building up a modest gap of a little more than half a minute over the chase -during the final 20 kilometers.

With 17 kilometers remaining, Van Avermaet was the next casualty the race claimed, when he crashed during a narrow righthand bend.

Despite the determined efforts of the peloton, the breakaway trio had extended their lead out to 40 seconds – with only five kilometers remaining.

However, their advantage was not enough to satisfy Thomas, who could no longer contain his enthusiasm, and set off alone with three kilometers left.

Stybar in turn chased in earnest, while Sagan got dropped.

But, with 2 kilometers remaining, Thomas had already gained a 14 second advantage over his Czech rival.

From that point on, Thomas rode alone to victory, breezing across the finish with a comfortable gap over Stybar, who was followed by his Etixx teammate, Matteo Trentin, who emerged from the peloton to catch and pass Sagan for third spot on the podium.

“I felt pretty good from the second half of the race, really just committed,” the winner said. “It was hard out there. The three of us had to work well together. Fortunately it was great for me.

“These six weeks from Paris-Nice to Paris-Roubaix was the big hit for me early season. Paris-Nice was really disappointing. To get the win now … anything else is really a bonus.”