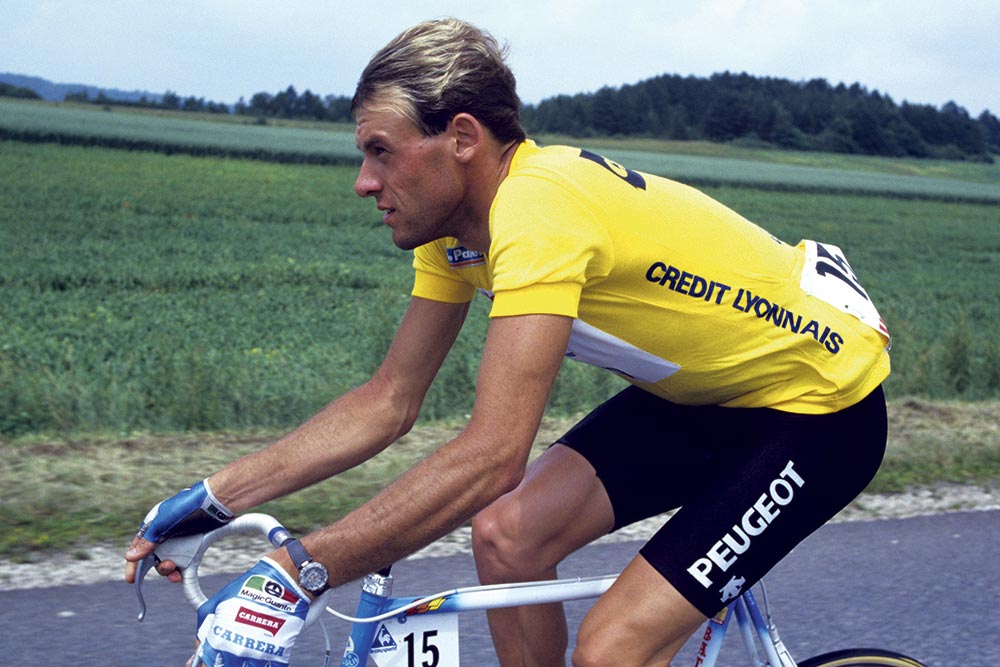 A belated happy birthday to Eric Maechler, who was born on September 24, 1960.

The Swiss rider is best known for winning the 1987 Milan-San Remo Classic ahead of Eric Vanderaerden and Guido Bontempi.

Another memorable moment in Maechler’s career, was when he took-over the yellow jersey during stage 3 of the 1987 Tour de France, and subsequently held onto it for six days.

In addition to the Tour de France, Maechler racked up an impressive number of stage victories in other important races such as the Tour de Suisse, Tirreno–Adriatico and the Critérium du Dauphiné Libéré.

He also won the Swiss National Road Championship in 1984.

During his 10-year career as a pro, Maechler rode for such notable teams as Royal-Wrengler, Cilo-Aufina, Carrera, Helvetia and Jolly Componibili-Club 88.

In March of this year, Maechler was voted amongst the top twenty five most stylish pro riders of all-time by Britain’s Cycling Weekly magazine.

After his retirement, Maechler returned to his native town of Hochdorf, Switzerland, where he occasionally surfaces as a dignitary for local and national races that come through the area.